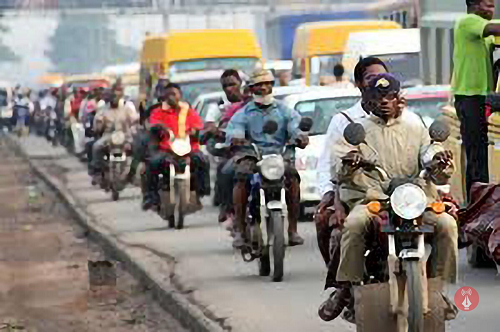 “I will usually not talk about this topic. Each time I remember the events of that ill-fated day, I get consumed by grief and agony. It was the most terrible day in my life.

“My friend and I were attending a funeral at Kasoa. He rode a motorbike, while I sat behind him. We got to the Kasoa SCC Junction and the traffic light turned red, so we stopped and were waiting for it to turn green so we could move. All what I can remember now is that there was a ‘boooom’ sound. And that was it.

“The next thing I saw was that I was at the Accident Centre of the Korle Bu Teaching Hospital. I tried to get up, but my legs could not move. At that point, reality dawned on me that the worst had happened. I asked where my friend, Joshua, was, and was told that he was at home. I later learnt that he had died on the spot, when a Metro Mass Transit (MMT) bus crushed into us from behind.

This is how Ningbaln Luka, my interviewee, gave a chilling account about the fatal road crash of March 13, 2013 that rendered him permanently disabled and claimed the life of 23-year-old Joshua, a Level 300 student of the University of Professional Studies (UPSA).

Luka was the bread winner of his family but since the events of that dark day, he has become a ‘bread eater’ rather than winning bread.

After going through a series of surgeries at the Korle Bu Teaching Hospital (KBTH), where he was on admission for more than a year, he had to battle with the physical and mental scars of permanent disability. After three years of fruitless search for justice, Luka gave up the pursuit of compensation from the MMT.

"The matter went to court but I had no money to hire the services of a lawyer. At a point, I could no longer bear the humiliation of having to rely on the magnanimity of others to survive. Some of my loyal friends contributed money for me and I went back to my hometown, Kpandai, in 2018," he said.

The sad story of Luka is just a tip of the iceberg. Joshua’s family and the families of 323 other persons who perished in motorcycle crashes in 2013 are still licking their wounds.

Such is the case with 6,161 people who have perished in motorcycle crashes over the last three decades, according to statistics from the National Road Safety Authority (NRSA).

A trend analysis of the NRSA statistics further show that the last decade (2010-2020) had seen an astronomical increase in the number of deaths involving motorcycles crashes.

The reality is that the thousands of survivors of motorcycle crashes may never be able to engage in any economic activity.

For instance, in the case of Luka, he can barely provide the basic needs of his two children - aged eight and 13, let alone take care of them in school.

The least said about the loss to the country’s labour force the better. 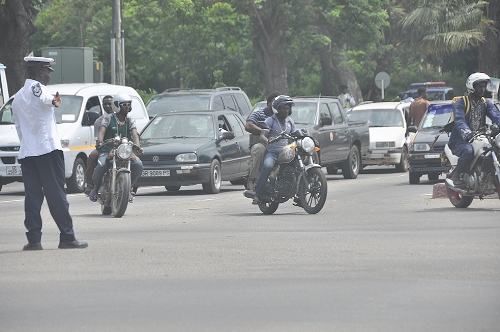 In 2012, Parliament passed the Road Traffic Regulations, 2012 (L.I 2180) to sanitise road transport in the country. Regulations 128 (1), (2) and (3) of L.I 2180 prohibits the use of motorcycles or tricycles for commercial purposes. Specifically, Regulation 128 (1) of LI 2180 states that the “Licensing Authority shall not register a motorcycle to carry a fare-paying passenger.”

Although this law exists, it has not been strictly enforced, a development that gave a field day for unregulated commercial use of motorbikes, popularly called Okada.

The Director-General of the NRSA, Mrs May Obiri-Yeboah, attributed the increasing spate of motorcycle crashes to the ‘carelessness’ of okada operators.

“Most of the okada riders flout traffic regulations by crossing red light, while others do not wear protective gear, especially helmet,” she said.

The Commander of the Central Motor Traffic and Transport Department (MTTD) in Accra, DCOP Martin Ayiih, added that the lack of training for motorcycle riders and the subsequent inadequate knowledge about road traffic regulations contributed significantly to the crashes.

“Okada has been outlawed and the riders have not been trained. Some of them learn to ride motorcycles on their own and get license through various means, without even going to the DVLA. They know very little about road signs but are on the road,” he said.

Meanwhile, some of the okada riders say they are compelled to flout traffic regulations because the police are always on their heels.

“We are always on the watch out for police; we meander our way through moving vehicles and ride through red light to avoid being arrested because if you stop, they will arrest you,” Daniel Jagbel, a 31-year-old okada rider at Agbogbloshie, said.

Many individuals and groups have expressed a strong view that given that Okada had become a viable livelihood for many young people across the country, it was prudent to legalise and regulate it.

They argue that it will add to the government’s revenue streams and ensure proper training of okada operators.

Others are opposed to this view on grounds that legalising it will worsen the carnage on our roads.

For Mrs Obiri-Yeboah, although the okada brouhaha was quite a tricky one, the NRSA would act in accordance with the policy of the government. “The government’s policy is that the law banning Okada should be maintained as it is,” she said.

Despite this stance, the NSRA has, in collaboration with the Driver Vehicle and Licencing Authority (DVLA), started the process to train and certify motorcycle riders to ply their trade with minimal risks to themselves and other road users.

The training programme is a bold step that will help to reduce the crashes and fatalities on our roads. The initiative will lead to proper certification and licensing of motor riders. It will also equip them with the needed knowledge on the road traffic regulations and the need to obey them.

The move by the Greater Accra Regional Coordinating Council (RCC) and the Motor Traffic and Transport Department (MTTD) to educate motorists on road traffic regulations as part of the “Making Accra Work Again” initiative is also commendable.

As the debate on whether to legalise Okada or no rages on, it is important for all stakeholders to play their part to bring sanity to our roads. After all, everyone is a candidate of road fatalities.