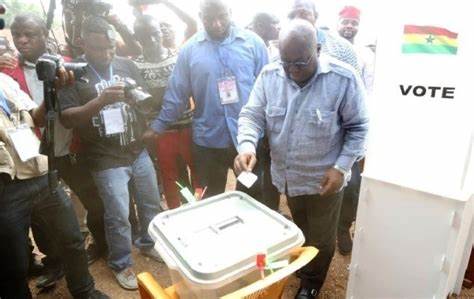 With the benefit of hindsight, ‘the Poor Christ of Bomba’, a major novel written by Mongo Beti depicts the effects of French colonial infringement on the Cameroon landscape and consciousness. The novel charts the story of Father Superior Drumont, a Catholic priest assigned to the rainforest region of Cameroon around the 1930s. His professed task is to convert the indigenes of a six-tribe region to Catholicism. Despite Father Drumont’s seeming piety, he is not what he seems. Governed by the French colonial ideology of assimilation, he is bent on forcing his Christian converts to forsake their African traditions and cultural ways which of course include promiscuity as a condition for Christianity.

The sixa, a church establishment aimed at grooming young female converts in preparation for Christian marriage, is Father Drumont’s signature project during his twenty-year tenure at the Bomba Mission. In practice, however, the sixa is a complete mockery of Catholicism and a subversion of African traditional marriages due to the fact that much as he put in every effort to convert members by preaching unadulterated virtues, virtually the entire members of his congregation were vigorously practicing vices.

The novel is a conspicuous manifestation of what is clandestinely evolving within the NPP fraternity, looking at the unfolding consequences just after the December 7th, 2020 Presidential and parliamentary general elections.

Indeed, it wasn’t by mistake that Nana Addo-Dankwah Akuffo Addo gave approval to substantial number of his parliamentarians to additionally serve as ministers, he did so because he had implicit faith and trust with whomever he chose that they would deliver on their mandate to support the government succeed in its strategic agenda set for our beloved country. However, with the outcome of the electioneering results, one could easily fathom that much as the President was busily organizing and strategizing to fix the ailing economy and get the party to be so visible even in the eyes and minds of the opposition, these appointees were coiled in their shells, men and women alike, enjoying in their own way to the detriment of their mandated tasks and the love of their party; a clear case of the President fitting into the scenario of ‘the Poor Christ of Bomba – as he the President and wife were busily toiling up day and night exhibiting virtues, travelling here and there at the peril of their lives, these appointees were practicing all forms of vices, having ceaseless fanfares.

Obviously, is it not so strange that a whole Deputy Minister of Communication could just give away his cherished parliamentary seat to an unknown and even a new entrant, without recourse to any occurrence to even serve as an excuse for defeat? What really baffles most people is the cheeky ease with which these seats were snatched looking at the wider margin that were chronicled.

In my conviction, all the serving government appointees who ‘deliberately’ gave away their seats should not be entertained in no uncertain terms come January 2021, when the President may reshuffle his Ministers or appoint new deserving ones. They should all be booted out to give way to people with dynamic predispositions. Anything short of this would see the NPP slumping into the abyss of defeat for many decades on end.