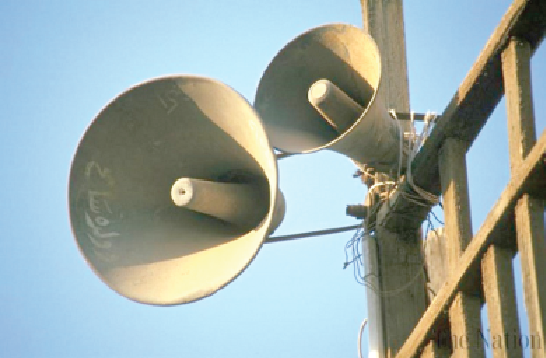 “It is so loud that I sometimes cannot hear myself or even think,” was how one resident described their experience living in a busy, traffic-heavy neighbourhood in Accra, to a team of researchers.

Noise pollution, defined as any disturbing or unwanted sound, is an enduring nuisance in Accra. Amid the daily bustle in the city’s hot weather come the constant traffic sound and honking from cars, the loud music and preaching emanating from screeching loudspeakers of nearby churches and mosques, and high-pitched music from roadside preachers, sellers, and shops.

Noise from construction and industrial activities is also pervasive, while for those near the airport or along flight landing and take-off paths, aircraft noise is a persistent bother.

Most residents and visitors think of Accra as a noisy place, and these concerns have been confirmed in a recent study published in Scientific Reports by a team of researchers from the University of Ghana, and universities in the United Kingdom (UK), Canada, and the United States (US).

The research team conducted extensive measurements of noise pollution and sound environments in the Greater Accra Metropolitan Area (GAMA; boundaries based on the 2010 census), the largest of its kind in an African city.

For over a year, starting in April 2019, the team set up noise monitors at about 150 diverse locations across Accra, Tema, Ashaiman, and other surrounding communities in the GAMA, including neighbourhoods such as Nima, East Legon, Cantonments, Jamestown, Adentan, Taifa, and Amasaman, reflecting diverse residential, industrial, and commercial areas in GAMA.

The measured sound levels are presented on the A-weighted decibels (dBA) scale, which describes the loudness of sounds as perceived by the human ear.

The study found that the majority of places in the GAMA had day and night-time sound levels that exceeded local Environmental Protection Agency (EPA) (e.g., < 48 A-weighted decibels (dBA) at night in residential areas), as well as international (European) guideline limits (e.g., < 45 dBA at night from road traffic sources).

Noise levels in the GAMA also appear to be higher than in most European cities, although slightly lower than levels in the major North American city of New York.

In general, the median (i.e. middle value when the levels are arranged from lowest to the highest) night-time noise levels in the study areas, which were generated by local road-traffic, as well as other community sources, were at 60 dBA, 54 dBA, and 50 dBA in high-density residential, medium/low density residential neighbourhoods, and outlying peri-urban residential areas, respectively. That means the majority of residents in GAMA live in areas with night-time noise levels higher that 50 dBA (83% of site-days measured above 50 dBA), compared to only about 40 per cent of people exposed across European capital cities on average (approximate range: 15 per cent to 85 per cent).

The researchers also found that noise levels in the city went down during the COVID-19 pandemic lockdown in Accra.

Further, the study showed a reduction in noise levels of about 3 dBA in two densely populated neighbourhoods of Jamestown and Nima during the month’s lead-up to the 2019 Homowo Festival, when a ban on ‘drumming and noise-making’ was established.

This means that noise levels can be reduced city-wide if necessary policies are implemented.

Noise is more than just a nuisance; it is also a danger to our health. Experts and the World Health Organisation (WHO) have considered noise in cities as an ignored pollutant and an environmental health threat that can cause stress and depression, hearing loss, and heart problems, as well as disturbed sleep and cognitive impairment.

Exposure to environmental noise could be negatively affecting our overall quality of life in various ways and could be especially damaging to children’s development.

Cities around the world are getting noisier, and this is particularly the case in sub-Saharan Africa (SSA).

Focus on noise pollution in SSA cities as a public health risk is relatively new, and mostly comes from a combination of efforts by local governments and citizen groups.

The Ghana Standards Authority (GSA) published a set of nation-wide guidelines for community noise in 2018.

In the GAMA, issues around religious noise making, in particular, have been prevalent in both the local and international news and the subject of research scholarship.

Other sources, such as industrial noise in Tema and associated hearing loss, have also been considered.

Not all sound in Accra is noise, the researchers noted. In some places, there is an abundance of natural and animal (e.g. birdsong) sounds.

This is particularly obvious at night-time and in places where there is abundance of greenspace, trees, and/or parkland, including the peri-urban areas, north and around the University of Ghana. In many places of the world, these sounds are considered pleasant to listen to and efforts are made to preserve and protect these spaces.

The study finished off by highlighting the important role of road-traffic sources as a contributor to noise pollution in Accra and called for stronger regulation and enforcement of permissible limits to safeguard public health.

Road traffic sources also contribute to air pollution problems in the city. Thus, city authorities can consider a policy to reduce noise pollution from traffic-related sources (e.g. stricter regulation on the import of used old vehicles), which will also help with the poor air quality problem in the city. Policies to restrict excessive vehicle honking in residential areas could also help.