My Blog: Cry for Ghana’s natural resources and the environment 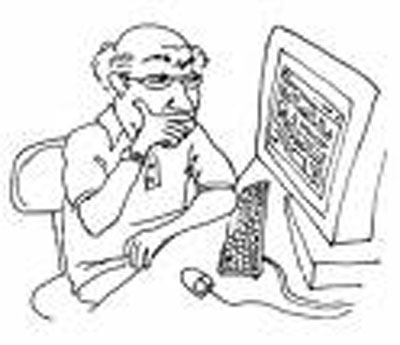 The objective of civil society organisations (CSOs) all over the world is to promote accountability, transparency and the sharing of information and knowledge. It is facilitated by frequent interactions with partners.

For this reason, civil society review meetings are held annually to share successes or otherwise of activities of advocacy, sensitisation and evidence-based research undertaken in the previous year. The outcomes of these meetings are used to chart new strategies for engaging the government, policy-implementing authorities and regulators. In the natural resources and environment sector of the economy, civil society activity is very important.

Based on the spirit of voluntarism, civil society activity depends largely on donor funding.  In the case of the natural resources and the environment, NGOs in Scandinavia, namely DANIDA and ICCOUR have partnered the European Union and The Royal Netherlands Embassy to set up a funding mechanism to sustain the activities of CSOs.

Appropriately named, “KASA”, Akan for “speak out,” this funding and empowerment mechanism has been in existence since 2009 and brings together seven broad coalitions of over 100 NGOs and CSOs.

There are coalitions on land, mining, forestry, wild life and fisheries. There are also coalitions on climate change and desertification; oil and gas, water and sanitation. Their activities are aimed at protecting finite resources that are not only getting depleted over the years; but are being exploited in such a careless manner as to cause harm to humans and living forms that inhabit the earth.

One knows too well the facts of unsustainably careless exploitation of Ghana’s natural resources. The resultant degradation of natural provisions is also no news and so are the accompanying leakages of potential revenue to the national chest.


When these stories are told at civil society review meetings with passion and evangelistic fervour, they deserve the headlines of newspapers.


“Incomprehensive policies and an aversion to enforcement of laws are making Ghana a lawless nation.”

“Ghana starves to death from hunger through food shortages by 2020.”


“All our fish is a cocktail of mercury, formalin and poisonous hydrocarbons.”


“Let’s all become vigilantes and sock it to them!” (“Them” meaning government and “us,” civil society.”)

Disappointingly, media analysis over the past three years by the National Media Commission and the Centre for Media Analysis respectively have shown consistently that  the environment has received no more than 17 per cent press coverage. It is even claimed that in 2012, this coverage dropped to 11 per cent due to preference for electioneering campaign messages that made news papers sell.

Civil Society’s role to hold the government and people put in positions of trust accountable for their stewardship confers a relationship of partnering. Unfortunately in many instances, while civil society holds political authority as lackadaisical, the latter views CSOs as interfering and unrealistically meddlesome.  Nevertheless, they hold each other as a necessary partner for development.

Civil society brings expertise, passion and commitment which complement the legislative power of Government. This relationship is especially very important in natural resource and environment governance (NREG) and it is a matter for great gratification that sometimes, position papers from civil society positively influenced government business.

It is recognised that good implementable laws and regulations flow from good and comprehensive policies. Unfortunately in the NREG sector, policies have been weak. Sometimes, they are not streamlined to relate directly to laws, decrees and regulations. Thus, some policies conflict with one another and the impact on resource allocation amounts to “robbing Peter to pay Paul.”


In spite of the havoc that mining has wreaked on land, rivers, forests and human beings, Ghana has no comprehensive mining policy to inform National Development Planning Strategy.

Another sector that has suffered due to lack of good policy is forestry. Whatever policy that exists has been rendered ineffective by exemptions and discretionary permits that have denied the state the opportunity to maximise revenues from stumpage fees that must be paid for removing a tree. Not surprisingly, the forestry contribution to GDP has been negative:  – 14  per cent  in 2011 and -18 per cent  in 2012.

It is also recognised that policies and laws alone are not enough to ensure enforcement. “KASA” platform will continue engaging the government to resource regulatory authorities such as the Environmental Protection Authority and the Forestry Commission to increase their capacities.

As grass-root participation is a hallmark of civil society, KASA mechanism aims at promoting partnering with chiefs.

This collaboration between traditional rulers with civil society will forestall activities such as mining in forest reserves and in river beds. Illegal felling of timber will also be curbed.

The impact of oil production on fish stocks presents a dire picture for the fishing industry. In spite of dwindling catches it has been reported that fisheries’ contribution to the economy as foreign exchange in 2011 was $256 million while internally, the sector contributed approximately $1 billion.  The legitimate question one asks of oil is the same as of mining: “Why explore and extract oil or mine the land if those activities would destroy more vibrant contributors to the economy?”

The future of KASA, as with the future of civil society in general, is hinged on adequate funding. While the greater proportion comes from donors, a new thinking is emerging. CSOs would find innovative ways to generate most of their own revenues to fund their activities. The “cup-in-hand approach” does some harm to their credibility.

CSOs are encouraged to share knowledge and expertise. In the new spirit of collaboration and self-reliance, the media, which form an important coalition of KASA, are encouraged to increase their reportage on natural resources and the environment.

Email: This email address is being protected from spambots. You need JavaScript enabled to view it.
(Author: Blame not the Darkness, a novel about the Millennium Development Goals, and Akora, a novel on land-grabbing)