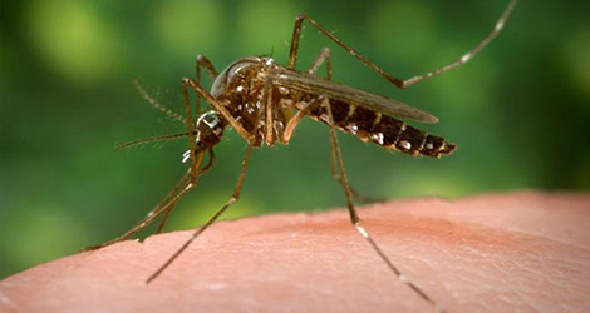 Malaria is a life-threatening disease caused by parasites that are transmitted to people through the bites of infected female Anopheles mosquitoes. Although malaria deaths or sicknesses are preventable and curable, the disease has sent a lot of people to their early grave, especially children under five years of age.

Some population groups who are at considerably higher risk of contracting malaria and developing severe disease are said to be infants, children under five years of age, pregnant women and patients with HIV/AIDS, as well as people with low immunity moving to areas with intense malaria transmission such as migrant workers, mobile populations and travellers.

According to the WHO, four African countries accounted for just over half of all malaria deaths worldwide, that is Nigeria 31.9 per cent, the Democratic Republic of Congo 13.2 per cent, Tanzania 4.1per cent and Mozambique 3.8 per cent.

To address these challenges, on World Malaria Day, 25 April, the Roll Back Malaria (RBM) Partnership to End Malaria and wider global health community called on countries to meet the Global Fund’s Seventh Replenishment target of at least USD$18 billion to fund malaria, HIV and TB programmes from 2024-2026.

This year, the World Malaria Day theme, “Advance Equity. Build Resilience. End Malaria.” is aimed at raising awareness of the urgent need for action and targeted scale-up of existing and new tools, such as new nets and the RTS,S vaccine, as well as data-led strategies and increased investment in the research and development of transformative tools in the pipeline.

Since year 2000, global partnership has halved malaria death rates and saved 10.6 million lives, yet half of the world is still at risk from the disease. However, growing insecticide resistance has contributed to a levelling off of progress in high burden countries over the last five years.

More recently, the COVID-19 pandemic’s disruptions to malaria prevention and treatment is said to have also contributed to a 12 per cent increase in malaria deaths over 2019.

In Ghana, malaria is said to be the number one cause of outpatient attendances and occurs throughout the year. The country is said to be among the 10 highest countries burdened with malaria.

Data from the National Malaria Control Programme (NMCP) shows that the country accounts for 2.1 per cent and 1.9 per cent of the global malaria cases and deaths.

While the entire country is at risk of malaria, two regions that is the Volta and Western regions have the highest malaria burden of 20.4 per cent and 27 per cent prevalence rate respectively.

The country is also aiming at reaching malaria pre-elimination in at least, six districts that is, Asokwa in the Ashanti Region, Ayawaso West, Tema West, Ablekuma Central and Shai Osudoku in the Greater Accra Region and Hohoe in the Volta Region by 2025.

So far, according to the NMCP, the country has made progress with malaria control from 2017 to 2021 despite challenges.

Also proportion of suspected malaria cases tested rose from 87.3 per cent in 2017 to 97.0 per cent in 2021 and also the increase in proportions of pregnant women taking Sulphadoxine-Pyrimethamine for prevention of malaria in pregnancy.

The Director-General of the Ghana Health Service (GHS), Dr Patrick Kuma-Aboagye, at the press briefing announced the scale-up of malaria vaccination as part of efforts to eliminate the disease from the country.

The scale-up follows the successful completion of a pilot malaria vaccination exercise which started in April 2019 with the administration of more than one million doses of RTS,S.

The WHO selected Ghana, Kenya and Malawi for the pilot project.

Since October 2021, WHO recommended the broad use of the RTS,S malaria vaccine among children living in regions with moderate to high P. falciparum malaria transmission. The vaccine has been shown to significantly reduce malaria, and deadly severe malaria, among young children. The WHO recommendation will ensure that many more children living in areas of moderate to high transmission can benefit from this life-saving intervention.