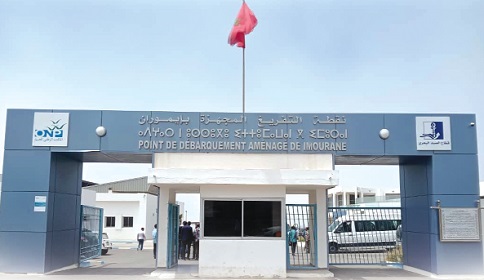 When I first visited one of the Fishing Villages in Morocco, particularly the one at Agadir in the northern part of the country, I agreed with the saying that “you put your money where your mouth is”. Indeed, Morocco is a testimony of this cliché.

I was in Agadir for a seminar on sustainable fisheries management in Africa early this year (May 2022). The workshop was designed to train 22 selected journalists and communicators in African states bordering the Atlantic Ocean, and I happened to be the selected journalist from Ghana.

The seminar, which was on the theme: “Media for sustainable development of fisheries and aquaculture”, was organised by the African States Bordering the Atlantic Ocean (ATLAFCO) Secretariat, in collaboration with the Media Observatory for Sustainable Fishing in Africa (MOSFA), a network of fisheries journalists in Africa.

ATLAFCO is an inter-governmental organisation founded in 1989 comprising 22 countries in Africa, stretching from Morocco to Namibia. The main objective of ATLAFCO is to ensure effective and active cooperation among member states for the preservation of fishery resources and the sustainable development of fisheries in the African region.

The seminar was meant to provide the beneficiary journalists and media practitioners with new insights into the fisheries sector and the communication tools needed to present the most pressing issues of fisheries and related coastal issues, climate change, land use planning and aquaculture issues, as well as pollution and fish diseases.


As part of the training, a field trip was organised for us – the participants. We visited some fisheries facilities and landing beaches in Agadir, where the workshop was held.

Agadir is a relaxed, beautiful and peaceful region with clean beaches and friendly weather condition that is suitable for those coming from both sunny and cooler temperatures.

Even though prior to the field visit I had read a lot about Morocco and knew the country as one of the biggest fishing destinations in Africa and the world as a whole, I never imagined that the country had invested so much in its fisheries sector.

For the records, Morocco is already the largest maritime fisheries producer in Africa and the 17th largest producer of seafood in the world, fishing and harvesting a total of around 1.5 million metric tonnes (MT) of seafood per year.

The fishing industry in Morocco accounts for 58 per cent of Morocco’s agro-food exports and seven per cent of its total exports.

In 2015 for instance, the sector generated US$ 1.59 billion in exports, according to the National Fisheries Office in Morocco.

Fisheries contributes 2.3 per cent of Morocco’s Gross Domestic Product and creates direct employment for 300,000 fisher folk and indirect employment to an additional 500,000 people. It is estimated that three million people in Morocco depend on fisheries for their livelihoods. 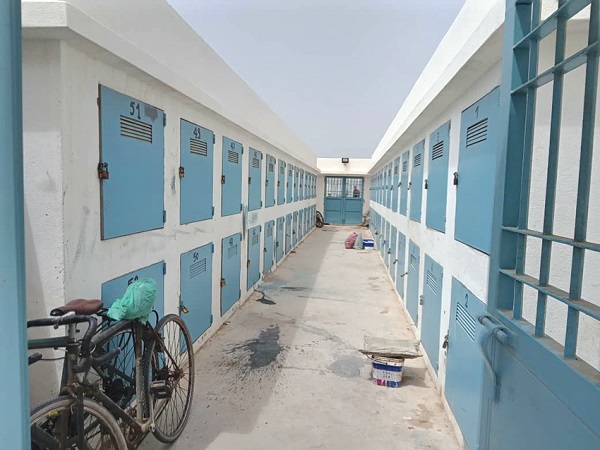 Morocco, blessed with a coastline of 3,400 kilometres of marine coastline, which fronts both the Atlantic Ocean and the Mediterranean Sea, exports seafood to Spain, France, Italy, Germany, Portugal, the United States, the United Kingdom and Belgium. In fact, they are the top importers of Moroccan seafood.

Now back to our field trip. When we were taken to the Agadir Fishing Village, I could not hold back my admiration and at the same time, my amazement at the investments that the Moroccan government had made in its small-scale fisheries.

“This is investment,” I stated to myself, thinking about what informed the government’s decision to invest so much in that area.

What is a Fishing Village?

The Fishing Village concept was developed by the Fisheries Ministry of Morocco to make their fishers, particularly the small-scale fishers (artisanal), more organised, coordinated and to provide them with better tools to enhance their work and incomes.

The village consists of residential apartments built along the landing beaches in each fishing community. The fishers live in those residential apartments for free. They bring their catches, process and sell them there. To put simply, the Fishing Village is a one-stop shop for artisanal fishers and their direct customers, where all the activities along the fisheries value chain take place. 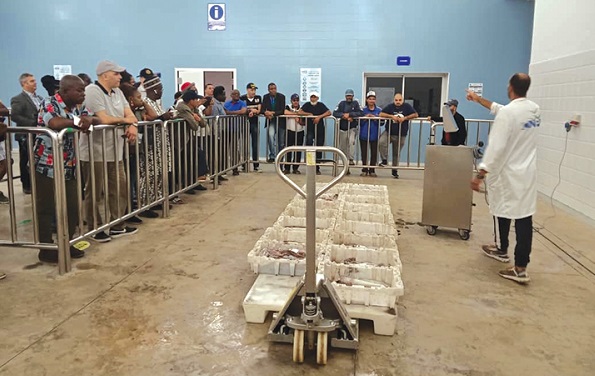 At the village, every fisher is allocated a room where he lives with his belongings, a place to keep their fishing gear, cooking utensils, food and other personal belongings.

The Fishing Village also has an ice-making factory where fishers obtain ice to keep their fishes fresh and frozen. There is also an auction hall, conference room, infirmary and playground.

There is a well-demarcated area where the fishers dock their canoes. The canoes are docked with the help of a forklift. Fishers  only go home to visit their families when they are done with their work, depending on the number of days they want to spend at the village. They do not live at the fishing village with their families. This enables them to concentrate on their work.

A total of 70 fishers live in the Agadir Fishing Villages. The villages are region-specific; implying that fishers from one region are not allowed to move to a different region to fish.

What even amazed me more about the Fishing Village was how the place had been kept clean and well maintained. Interestingly, the well-kept Fishing Village is maintained and managed by the fishers themselves. The fishermen themselves manage the facility. In Morocco, they call them the artisanal coastal fisheries.

Inside the Fishing Village?

The managers of the Fishing Village collect data on catches, name of the boat and its owner, type of catch (species) and the weight of the catch. These data are used to monitor the stocks and IUU activities.

Per the structure of the Fishing Village concept, nobody can sell fish without going through all the required regulatory processes.

The fishermen are organised in cooperatives in the Fishing Villages so that they are able to sell their fishes at competitive prices. 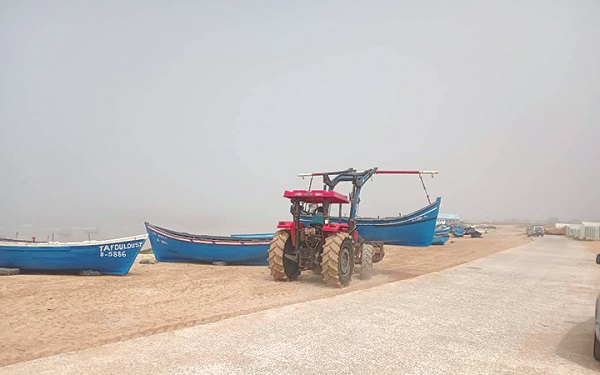 This is done through auctioning – what it means is that only the highest bidder gets the fishes to buy at the Fishing Village, hence bettering the financial fortunes of the artisanal fishers.

In an interview with the Daily Graphic, the Executive Secretary of ATLAFCO Secretariat, Mr Abdelouahed Benabbbou, said the investments in the Fishing Village concept were made to help prevent post-harvest losses, encourage value addition of marine fisheries, as well as to ensure traceability of fishers to help fight Illegal, Unreported and Unregulated (IUU) fishing practices in the country.

In addition, he said the purpose of the Fishing Villages was to “think about the conditions of the fishermen on board vessels or on land”.

For him, the Fishing Village concept had helped improve coastal fisheries in Morocco, particularly in bringing down the menace of IUU, as well as improving the welfare and livelihoods of fishers.

Mr Benabbbou said the Fishing Village concept could be adopted by other African countries that wanted to improve their fisheries sector, explaining that Morocco as a country had been adopting best practices from around the world, particularly from the Japanese people.

He said Morocco was ready to assist any African country that would want to adopt the Fishing Village concept, pointing out that Morocco over the years had developed expertise in the fishing industry. 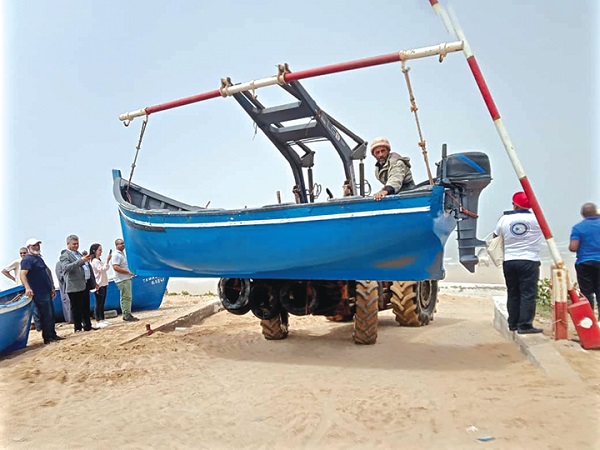 According to him, the Fishing Village concept started in Morocco more than 30 years ago, stressing that the country first started the concept in four regions before scaling it up to other parts of its coastal regions.

Currently, Mr Benabbbou said, the country had 60 Fishing Villages—45 in use with the remaining 15 under various stages of construction.

He said the Fishing Village concept was currently being replicated in Senegal, Guinea and Côte d'Ivoire, adding that the Moroccan government was financing the pilot Fishing Villages in the three mentioned beneficiary countries and that the beneficiary countries only had to provide lands for the project, electricity and access roads to the facility.

For the ATLAFCO boss, fishers all over the world “have one mind; they are always against anything coming from administrative point of view”, adding that when the idea was conceived, the fishers objected to it until it was implemented, but they were now very supportive of the idea.

Concerning IUU fishing, Mr Benabbbou said Morocco, as part of measures to fight the canker, had internalised international instruments for fighting IUU into its national laws which had contributed greatly in the country’s fight against the menace. 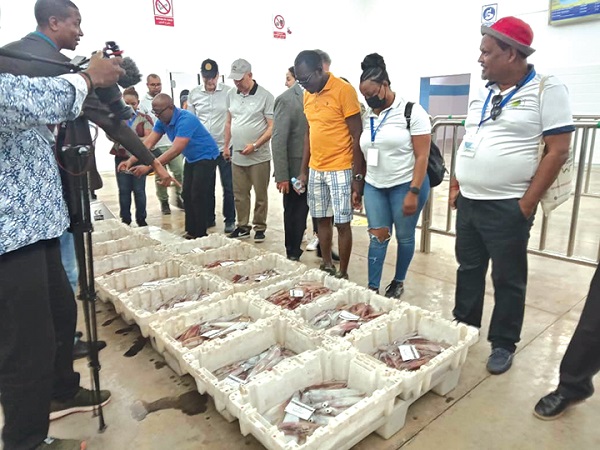 According to him, the country had coast guards, navy and maritime janglers to monitor fishing activities, explaining that the Ministry of Fisheries “have planes which are under the control of the army to patrol” the country’s waters.

For him, the country had invested seriously in Vessel Monitoring System (VMS) which helps them monitor the activities of vessels on their waters.

The ATLAFCO boss said although Morocco had not eliminated IUU fishing, it had reduced it significantly, explaining that IUU fishing was a chain that must be broken and tackled one by one.