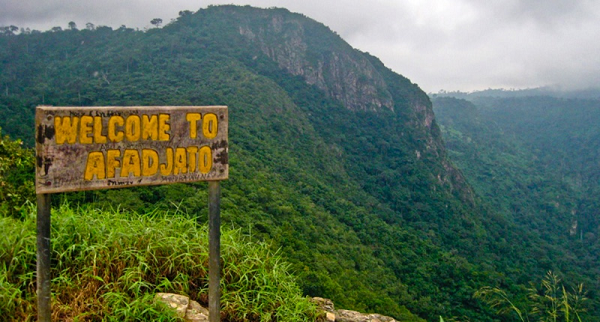 Trade and investment fairs are means of advertising economic potentials of an area and to woo investors and customers to do business.

The Volta Region is one of the regions in the country that has made that event an annual affair. It has already organised four of such trade and investment fairs in the past.

The 5th Volta Trade and Investment Fair was successfully held from Monday, November 15, 2021 to Sunday, November 28, 2021 at the Ho Sports Stadium.

The two-week Volta Trade and Investment Fair was under the theme, “Creating Enabling Environment for Agri-Business, Tourism and ICT Companies”. It hosted over 300 exhibitors from the Volta Region and other parts of the country and beyond.

Others were from the Engineering, Art and Design, and Hospitality Departments of the Ho Technical University, pharmaceutical companies, food and beverage companies, local artifact manufacturing companies, the power industry, textiles manufacturing, fashion and designs industry, and many other small and medium companies.

The great number of exhibitors at the fair attracted many visitors. In all, it was estimated that about 10,000 visitors patronised the fair during the period. These included families and friends, personalities from academia, business men and women who took advantage of the fair to network, establish and expand their respective businesses. It also included companies whic offered opportunities for people to do business with them.

Municipal and District Chief Executives in the region who had been part of the preparation and organisation were also there to boost patronage. They expressed satisfaction with the level of patronage, especially the many young and old people from the region, some of whom were there for their first time since the fair was instituted.

They were optimistic that the fair would certainly boost the local economy and open more business opportunities to the people, especially for those who had positioned themselves to take advantage of the exchange of goods and services. The Dean of the Volta Municipal and District Chief Executives, Mr James Flolu Etornam, noted that the region was viable for business and encouraged businesses to utilise the opportunities available and invest in the region.

The period of the Fair also coincided with the pre-budget retreat of Members of Parliament(MPs) in Ho. Therefore, the fair was graced by the Speaker of Parliament, Mr Alban Bagbin, the Finance Minister, Mr Ken Ofori Atta, and other dignitaries who visited some of the stands mounted by some exhibitors.

Many other high profile personalities were present to give meaning to the event.They included the President for the Economic Community of West African States(ECOWAS) Bank for Investment and Development (EBID), Dr George Agyekum Donkor, who opened the Fair and the Chief Executive Officer of the Bui Power Authority (BPA), Mr Samuel Kofi Dzamesi.

Undoubtedly, every successful event depends largely on its prior preparations. Indeed, the organisation of the 5th Volta Trade and Investment Fair was successful due to its effective planning by the organisers.

The Regional Minister, Dr. Archibald Yao Letsa who could not hide his excitement when he spoke to the media on the sidelines of the activities at the Fair,said the event had been an improvement over the previous ones, and that the people of the region should be proud of their region.

Fair generally boosted the local economy as exchange of good and services improved tremendously. Many hotels in Ho were fully booked throughout the period of the Fair while food and beverage vendors cashed in on the event and made brisk business.

A lot of assorted local food items and beverages were displayed at the fair for the enjoyment of patrons. “Kebab”, Ga kenkey and fish with hot pepper and 'shito' were the favourites of many of the visitors to the event.

Some of the exhibitors expressed satisfaction at the way the fair was organised. They said patronage had been very encouraging. For those exhibitors that attended the fair for the first time,they claimed it afforded them the rare opportunity to network, collaborate with other exhibitors and businesses as well as to strategise to expand their respective businesses. They called for many of such fairs to be organised in the region to boost the local economy.

The event was spiced up with a beauty pageant night, evening musical jams and entertainment that attracted a good number of the youth.

Some of the youth also took advantage to participate in the musical competitions that were organised to unearth their talents in the industry.

One thing that was however a bit worrying was the absolute disregard for the COVID-19 protocols, especially wearing of nose masks by some of the visitors to the fair. It is worth noting, however, that many of the exhibitors especially, and many other visitors were seen in their nose masks all over the fair grounds.

These, however, did not mar the beauty and success of the Fair.