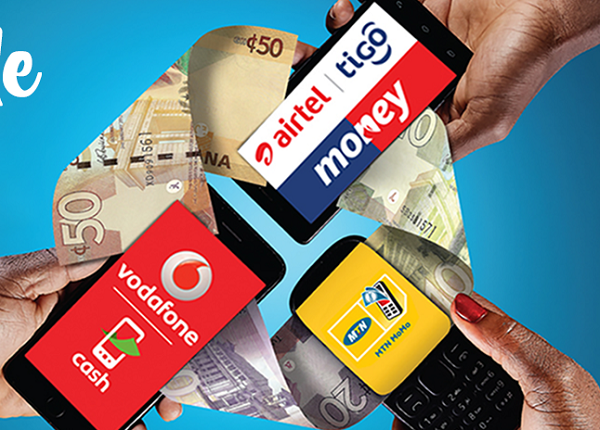 Agents who operate mobile money business, otherwise known as MoMo, are seeking solutions to minimise panic withdrawals during the implementation of the Electronic Transfer Levy Act, 2022 (Act 1075) which starts tomorrow.

Already, the agent network has managed to implement an educational campaign to reduce incidents of panic withdrawals by about half, since the passage of the Act.

However, the agents are requesting logistical and financial support from the government and the telecommunication companies (telcos) to intensify the education and sustain the efforts to reduce the ‘bank run’ to the barest minimum.

The Mobile Money Agents Association of Ghana (MMAAG), on April 19, 2022, wrote to the ministries of Finance, Information, and Communications as well as the Ghana Revenue Authority (GRA), seeking an opportunity to engage and explore various avenues that could drive positive education for the levy.

The General Secretary of MMAAG, Evans Otumfuo, in an interview with the Daily Graphic in Accra, insisted that failure to sustain the educational campaign across the country might escalate the withdrawals in the coming days.

He said the association with 150,000 members, out of the estimated 400,000 agent network nationwide, had the potential to partner the government to ensure the needed sensitisation and education was provided to the public.

“As agents, we deal with the public on a daily basis, hence it will be effective for the government to engage us on how to promote massive education as we await the implementation of the levy.

“We are ready to take up the responsibility and intensify the nationwide educational campaign since it is through our business that the levy will be collected,” Mr Otumfuo said.

He explained that the policy would be targeting mostly the informal sector and if the challenge was low literacy, then there was the need to focus on educating the customer because there was still the erroneous impression that the levy would affect every mobile money transaction.

“There are some exemptions that the levy provides and if we do not educate people, we may experience more panic withdrawal should the implementation begin,” Mr Otumfuo added.

The levy, its exemptions

Following the passage of the Electronic Transfer Levy Bill into an Act by Parliament on March 29, this year which subsequently received presidential assent, the GRA also announced that the implementation would commence tomorrow.

The Act imposed 1.50 per cent on electronic transfers also known as E-Levy.

It will be charged on all transactions, with the exception of a cumulative transfers of GH¢100 a day by the same person, transfer between accounts owned by the same person and payment of taxes, fees, and charges on ghana.gov system or any other government designated payment system.

When the Daily Graphic team visited some markets with big mobile money vendors such as Madina, Kaneshie, Adabraka, Makola and Abossey Okai in the Greater Accra Region between April 19 and 20, this year, it observed slow patronage of MoMo services.

The vendors maintained that while withdrawals had increased tremendously, deposits had, however, slumped to a record low.

It was also observed that many of the general shops such as grocery, food (chop-bar), fabric and spare parts dealers, who now used the MoMo service as mode of payment in their businesses, were insisting charges must be added by the customer before they accepted the transaction.

“If we say we will not take mobile money, the buyers leave and so we have introduced the service for those who do not have physical cash, yet they want to buy something.

“But we are also asking them to add the charges and, so far, buyers have not complained about that,” a seller at Abossey Okai, Nana Yaa Asantewaa, said.

A Fiscal Policy Specialist at Oxfam Ghana, Dr Alex Ampaabeng, stated that in the short-term people would be taken back after the implementation of the levy.

He said in the long-term, convenience with the use of the technology would overcome the levy imposed on the electronic transaction.

“The levy at this moment has an advantage to do well because of a number of factors, including hikes in fuel prices and terrible traffic conditions, especially in Accra,” Dr Ampaabeng said.

He observed that the levy would do well if the government provided periodic accountability on the usage of the funds raised from the levy.

“The government needs to undertake an assurance education to explain that the funds to be secured from the levy won’t go waste but utilised to benefit the ordinary Ghanaian.

“Projects built with the E-Levy funds should be labelled and that will encourage voluntary compliance as well as be a game changer for other tax components,” Dr Ampaabeng added.