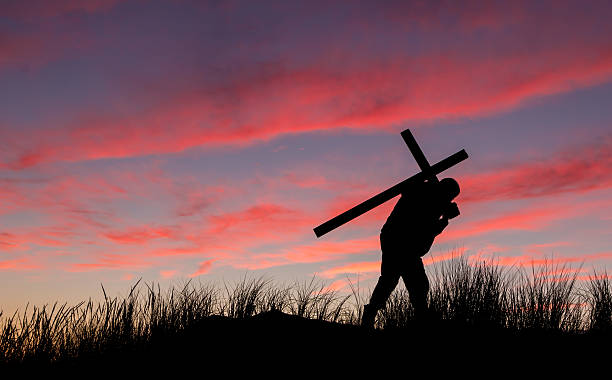 The Lord said to me, “Go, show your love to your wife again, though she is loved by another man and is an adulteress. Love her as the Lord loves the Israelites, though they turn to other gods and love the sacred raisin cakes.” - Hosea 3:1 NIV

….how many times do we not condemn other people for their lifestyles without trying to understand the real context of their situations and also appreciating their circumstances to learn the lessons thereof to better ourselves than being quick to judge and condemn…?

....which one of us could be like HOSEA....be obedient to the Lord to marry a known harlot in the city because the Lord orders same...give birth and each time the Lord pronounces a name that forewarns His people...with wife still not staying faithful...the prostitute wife will leave home and their children and go back to the men who sleep with her and pay her money...and once again, the husband will be directed by the Lord to go back and take the unfaithful wife…against all the shame...back home as a wife...because that is what the Lord had directed…?

….how many of us are courageous enough to abide by such directive of the Lord...be the laughing stock of the whole town and city because your wife is a well-known prostitute and yet we can't go against the Word of the Lord but be obedient even unto ridicule and death...for the sake of making a point for the greater good of repentance by the people…?

….how many of us will accept to be the ‘TALK OF THE TOWN’ as to how stupid we seem...knowing our wife is a known prostitute...and yet stay faithful to her so that the Lord our God will use the story to admonish and bring the whole people to Himself...showcasing His abundant love irrespective of how unfaithful we are as a people…?

….how many of us...will leave a ‘Throne of Glory’ in heaven and come down to become mere mortal and accept to die on the cross for the salvation of all men...be treated like a common criminal…be humiliated to such an extent for the love of mankind...not worry about all the comforts left behind to come and pay the ultimate sacrifice of death on the cross...such selflessness...such humility...such obedience to the Voice of the Father...to die such horrible death for others...who are such mean, unfaithful, parasitic and selfish beings…?

....how many of us can carry our own CROSSES OF LIFE to the very end of our assignments...death on the cross for like HOSEA...you are only obeying the voice of the Lord God of Hosts…?

….the ‘CROSS OF LIFE’ is our life here on earth, which we are all pre-destined to live as we transit here on our journey through time…but also knowing that we are accountable on our return to wherever we came from….the Cross is made up of all our burdens, life’s struggles, trials and tribulations, lost opportunities, achievements, exploits, education – every aspect of our human life….nobody should deceive himself or herself that there is nothing like accountability for our sojourn here on earth…remember the Jim Reeves classic: ‘THIS WORLD IS NOT MY HOME’…we are only just passing through…we need to place all these in proper perspective to appreciate this thing called ‘LIFE’….and its temporariness nature…

….and whilst we are in transit, there are uncountable ‘doors or opportunities’ that we pass through each day starting with our birth and ending with our death...how we utilize these for the benefit of mankind, our nation and her people constitute the ‘cross of life’…what we become or whatever our accomplishments in life, all the wealth we acquire are all meant to enrich the society or our people…and not for selfish interests like for your descendants alone…. that is the bane of the nation we have built for ourselves and the root of all sin or corruption, especially when we seem never to have enough of anything and everything….and why the lessons of Hosea is as real and relevant in these times as they were then…..

....however, how many of us wouldn’t have chickened out, unlike Hosea, irrespective of the ultimate prize of a NAME ABOVE ALL OTHER NAMES IN HEAVEN & ON THE EARTH...we would have been promised afterlife…..not for people who ONLY appreciate rewards here on earth than hereafter?

.....how many of us can really, really be ready to carry our crosses to the death at Calvary for the salvation of Ghana so that many more Ghanaians might be saved…than just us and our nuclear family?

....how many of us will endeavour to shun corruption for the greater good...of Ghana...but truth be told CORRUPTION they say is as old as man…our problem is more to do with limiting the whole concept of corruption, especially as it also connotes moral perversion, depravity, perversion of integrity, corrupt or dishonest proceedings, bribery, debasement or alteration (as of language or a text), rottenness, putrefactive decay, foulness, immorality, pollution, putrescence or contamination…if we consider it in its broader sense as defined that is when we would better appreciate how pervasive it is and how it would be difficult to answer the question: WHO AMONGST YOU ISN’T CORRUPT?

….indeed, corruption is like SIN in the ordinary language and that is why it is and shall always be a VERY PERSONAL DECISION or COMMITMENT to fight corruption wherever one finds himself or herself, and why it is a cross so to speak…like Hosea this is a very personal decision we all have to make especially as we are confronted each day by numerous instances, including the decision to report others committing it….it is for this reason that I would have wished we have the WHISTLEBLOWER PROTECTION ACT (of the USA) in Ghana for those who don’t only refrain from participation but go the extra mile to report on any act of corruption in the country…as it is so, so engrained in human life…

….and please do not deceive yourself into thinking that CORRUPTION is only a POLITICAL bane…undertaken only by the political class…and also it isn’t an exclusively Ghanaian or an African thing…but a human flaw and found everywhere – European, American, Chinese, Japanese, Korean, Arab or South American, except in other jurisdictions the culprits always finally get jailed, even when they had reached the high office of Presidency or Prime Minister….however it is only in our part of the world that such high political appointees tend to get away most times…

….if we take the general definition of corruption, then we would be sure to sniff it quite close in every environment, even in the church….as they say, the church reflects the society we develop for ourselves….to fight it is to recognize and appreciate the dilemma faced by Hosea with regards to the situation of his prostitute wife… to divorce or maintain as per the word of the Lord…?

….worse still, how many of us, mindful of all the gossiping around us from family members, townsmen, clansmen, school mates, friends and enemies alike, would without question, continue to stay in the marriage and not divorce the wife so that the Word of the Lord would be manifested…?

….would we only complain and protest when others are beneficiaries as we are denied part of the largess and only keep quiet when we are beneficiaries too….then we won’t have any justification to complain against bad roads, poor sanitation in our communities, lack of potable water, medical facilities, poor social services and all the other amenities we are proud and envious of in developed countries, where there is still corruption too…

….indeed, the fight against CORRUPTION like ‘SIN’ is more personal than group or mass…and why it is more of a personal conviction like the decisions of Hosea…if we individually commit ourselves to work against the eradication of this canker then we will succeed…if we commit ourselves to abide by the laws of the country or the penalty to face when arrested for corruption and not be shielded by the society of political parties or cults we belong to…then we will be winning the war…

.....so admittedly, we are all guilty...Hosea's life with his prostitute wife no matter the extent of shame and ridicule to himself was worthwhile for the manifestation of the Lord’s faithfulness and love to His people…this should be ours too as we each carry our Crosses of Life...show selflessness and sacrifice for the greater good of Mankind and our country, Ghana....fight the good fight of not just the desire for our share of the fruits of corruption, but being mindful of the consequences of the results therefrom take the right decision concerning how we manage our cross of life….know that if you don’t pay for it during our lifetime…definitely our descendants will bear the cost to whatever generation….in the future…..

(Excerpts from REFLECTIONS by Magnus RexDanquah, 2018)