Making the right choice: Being honest about dishonesty 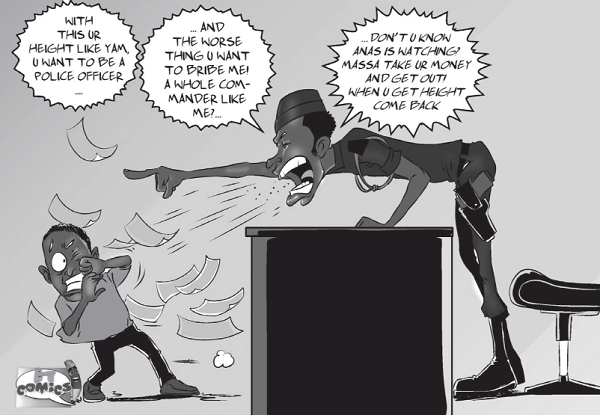 Making the right choice to stand for the truth and voice it in an environment where the majority endorse or turn a blind eye to wrongdoing is not an easy task.

Such an act takes resilience, selflessness and inner strength, spiced by a morally upright and sensitive conscience to do so. Fortunately, being honest about dishonesty, understood as taking personal responsibility and public accountability for one’s (in) actions can be taught in schools to equip students to make ethically sound decisions.

Personal responsibility means doing the right things the right way at the right time and accepting the resulting consequences of one’s (in)actions, even when no one is watching you. It involves personal discipline, that enables one to make the decision of meeting all moral and legal obligations in society for the common good, and at the same time being assertive enough to give feedback to significant others in the same disposition. It is the ability to be dedicated to doing good, respecting everyone, law-abiding and meeting human rights expectations as well as promoting them.

According to Bovens, public accountability has to do with the need for people to exhibit qualities of trustworthiness, fidelity and justice. These qualities can only be demonstrated by individuals if they come from within (internalisation). Internalisation of such qualities comes about when students are taught in school, supported by the home, and are encouraged to practice over a period, making such attributes their way of life. To avoid falling into the temptation of compromising the above qualities, there is the need to create opportunities for constant reminders.

Dan Ariely gave an illustration of the usefulness of constant reminders by telling a story about a man who told his Rabbi that his bicycle was stolen from the synagogue. The Rabbi was deeply upset and after thinking for a while, offered the following solution: “Next week, come to service and sit in the front row. When it is time to recite the Ten Commandments turn around and look at the people behind you. When we get to ‘Thou shalt not steal,’ see who can’t look you in the eyes and that’s your guy.” At the next service, the curious Rabbi asked the man whether the solution he gave him worked.

The man responded by saying: “yes, like a charm. The moment we got to ‘Thou shalt not commit adultery,’ I remembered where I left my bicycle.” Ariely emphasised two major lessons from the story. The first is that the moral lessons we learn stick in our minds, and secondly, there should be frequent reminders of moral codes emanating from universally acceptable values of honesty, hard work, bravery, respect, tolerance, responsibility, fairness, compassion and justice to keep us in check anytime we are tempted to make the wrong decisions. Accordingly, formally instituted moral standards sanctioned by those in authority will go a long way to promote improvement in behaviours that serve the good of all.

This can only happen when some inhibiting aspects of Ghanaian culture are modified.

One of the characteristics of the Ghanaian culture that inhibit people from making the choice to voice their values includes uncritical deference to authority.

This behaviour leads to an emphasis on protocol, extreme politeness, boot licking and a slower pace of life. Due to how such behaviour promotes unquestioned reverence for authority, people of this caliber are seen as individuals who know it all and as such their word is final (law).

Moreover, society frowns on individuals who challenge the status quo and speak out their values when they see and hear people in authority doing the wrong things.

The situation is like fighting against the wind, which calls for a change in our orientation in the way we think and feel about those in authority.

High spiritual belief (cosmic justice) is another characteristic of our culture that promotes corruption. This characteristic makes individuals vulnerable to those believed to possess “supernatural powers”. Such people have the tendency of manipulating those without, putting fear in them, and, therefore, dissuading them from voicing out their values when those with power engage in corrupt practices.

Again, Ghanaian society expects people in high positions to satisfy the employment needs of their relatives regardless of policies in place, which leads to nepotism and forced solidarity tax. Their inability to meet the employment needs of family members could lead to being ostracised by all members of the community they belong to. They are consequently compelled to offer jobs to people who may not be qualified for vacant positions, thereby, putting square pegs in round holes with resultant unsustainable development.

We posit that given our cultural and political milieu, we need to grasp the obvious and present dangers of being honest about dishonesty in our contemporary moment. We call for an earnest national effort that strongly encourages citizens to be able to speak the truth to power and expose cases of corruption.

The writers are lecturers at the Ashesi University.