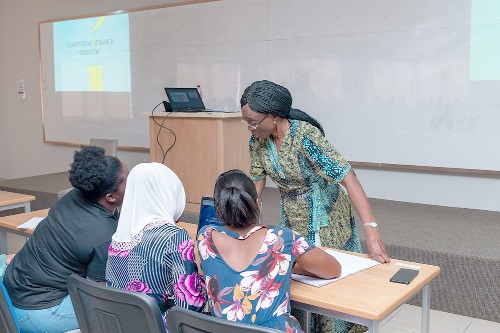 Corruption here, corruption there, corruption everywhere. A practice that has become ubiquitous in all sectors in Ghana and Africa. It is a canker that is eating the development of society and making people miserable. To address this canker, a small group of committed people led by Dr Patrick Awuah (AW) started a crusade 20 years ago to bring about an unprecedented change in Africa, which affirms Margaret Mead’s assertion that “never doubt that a small group of committed people can change the world”.

Our contributor, Dr Enyonam Canice Kudonoo (ECK), caught up with Dr Awuah, who is the President of Ashesi University, to share some perspectives on the strategies Ashesi University adopted to address the fight against corruption among students and how it would inure to the larger society.

ECK: You embarked on a crusade 20 years ago to produce entrepreneurial and ethical leaders to transform Africa. How successful has it been?

PA: Still work in progress. It is an ongoing journey. To a large extent, there has been great success.

You know, when our students signed on to an honour code system —to do the right thing even when no one is watching, it was the first on the continent, and it was a very big step for them and for the institution. When you have conversations with students at Ashesi University (AU), there is a certain maturity and authenticity in the way they present their views. It's something that we're very proud of. Most of the students tell me how Ashesi has really changed them. I asked their views about some top universities in Africa. They told me which ones were good and which were not good. They went on further to say that even the good ones did not have the same focus on ethics and integrity that Ashesi did. The fact that they have these thoughts and feelings tells me that we are making progress. Also, we see our alumni starting businesses on their own. Most of our students get jobs right after graduation.

As I said, it is an ongoing journey, and I am joyful that we are making strides.

ECK: What challenges did you encounter when you embarked on your crusade to transform Africa?

PA: I encountered different challenges because I was trying to start something new. My biggest challenge was credibility. I had a lot of credibility with my colleagues from Microsoft who have worked with me closely and have seen me perform – as a result some of them were ready to contribute towards funding this university. On the other hand, those outside Microsoft circles didn’t know me. I was young, I left Microsoft at age 35, and at 37, I was starting Ashesi and so you can imagine how people in Ghana perceived this 37-year-old man who returned from the US with the notion of starting a university.

A lot of questions cropped up about my credibility. Would I be successful in starting a university given my inexperience? I wasn’t a professor. Also, a lot of people did not believe that a university could really drive ethics. So, in Ghana, what I heard people say was that teaching ethics was a business of the Church, not an educational institution.

The second challenge was that when we started the university, most of our students did not think the university’s focus was possible, feasible or appropriate to try. Hence, students often told me that there was so much cheating in the country. They started cheating in junior high and senior high school. Their teachers and parents encouraged them to cheat in the BECE and WASSCE, and so to come to a university that was saying something contrary to what was being practised was unbelievable.

Moreover, it was heartbreaking to acknowledge the fact that cheating was going on in Ashesi at that time. For instance, an incident happened in 2006 when a professor gave an assignment to his class, and one-third of them copied from one another. To me, one-third of a class copying from one another instead of doing independent work was a very big deal. As a result, at our annual staff and faculty meeting off-site that year, I asked that we address the issue by first acknowledging that we had a problem, without which there would be no tailored solution. And so that was an important challenge. Yes, we had our mission, we talked about ethics, we had leadership seminars and all that, but we still had students cheating, and so we should accept it and discuss how we could solve it.

To be Continued Next Week