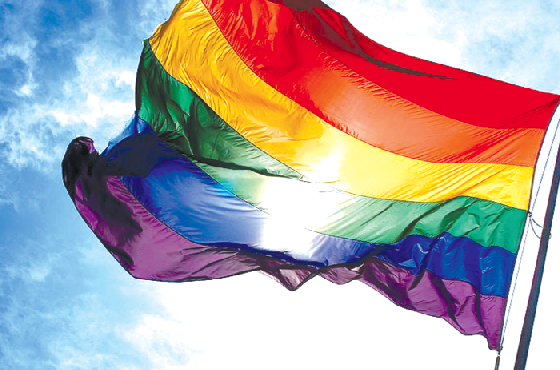 A few years ago, as a student in Shanghai, China, I was confronted with hard cultural realities. I had met Ann (not real name), a pretty, Black American lady at a party and we were off to a good start.

At the end of the party, on our way to our various residences, she hit me with a request: “Can we go to a gay club downtown? I want to meet up with some friends there.”

I was shocked, and I did not hide it. Ann was not gay, but she found nothing wrong with hanging out with her gay friends in a gay club.

There was no way I was going to go to a gay club, I emphasised. She was shocked and blurted out the words: “You are homophobic.”

That was the first time I was hearing the word ‘homophobic’, but I cared less. We headed off without going to the gay club.

My subsequent arguments on the issue with Ann were sometimes awkward. On another occasion, we were together when a male friend of hers called her; she refused to pick the call describing him as someone who always tried to create a sense of competition between the two of them.

I probed further asking what exactly she meant, and she explained: “For instance, if we are in a pub and a guy enters, he would go like, ‘Look, did you see the guy looking at me, I think he likes me’”.

I, immediately, burst into laughter, but she frowned: “What’s funny about that?” To me, there was everything funny about a guy thinking another guy liked him in an intimate manner and trying to create a sense of competition with a lady in seeking the attention of the guy. She was shocked that I found that funny.

But Ann was not alone: Dave (not real name), a White Canadian friend who was also straight tried convincing me that homosexuality was not out of the ordinary.

Though not gay himself, he found nothing wrong with the practice, explaining that there was a genetic explanation for it. I said hell no, that could not be genetics.

And then with a quizzical face, he pondered aloud: “Why do all my African friends share this view about homosexuality?”

The answer is simple, it is against our value system and beliefs. It is a cultural distaste.

The recent storm created by the opening of a new LGBTQI office in Accra and the subsequent shutting down of the facility by security agencies on the orders of the President mirror the controversial nature the issue sometimes attains and the determination of the government to ward off LGBTQ activities in the country.

Like Ann and Dave, there are many people from the West who find it difficult to accept African revulsion of LGBTQI rights.

In the clash of cultures, this has been an area we have struggled to integrate — it has been an extremely hard nut to crack.

Two issues are also at play: perception and cultural biases. Many cultural studies scholars such as Hofstede, Rousseau, Sanders & Nuijen, Spencer & Oatey and Deal & Kennedy identify values or fundamental assumptions as the central core of the culture of a people.

In other words, these are the roots of the culture of a people, developed and deeply embedded over thousands of years and cannot be easily uprooted.

Values as defined by Stephen C. Pepper are society’s accepted standards of right or wrong as expressed in “interests, pleasures, likes, preferences, duties, moral obligations, desires, wants, needs, aversions and attractions, and many other modalities of selective orientation”.

Assumptions reveal the basic beliefs on which life in a society hinges on.

These values and assumption can play up favourable or unfavourable perceptions of others. Thus, within our cultural context, anchored on our values, assumptions and beliefs, homosexuality is wrong because, first, in the value system, it is simply unnatural and unacceptable.

Then there is the assumption or belief that it is a taboo and has the potential to inflict curses on a society where it is practised.

That is an assumption or belief that may or may not be inspired by religion although in Africa, this assumption is usually premised on religion.

Indeed, most if not all the major religions practised on the continent, including traditional religions, speak of homosexuality as a curse-imposing activity and no one wants to be cursed.

So clearly, it is an assumption drawn from religion.

Similarly, Western countries express different values, basic assumptions and beliefs that tend to clash with those of African countries.

Violence, not the solution

For an African country such as Ghana, it is obviously difficult to accept such practices and the government is right to enforce the laws of the land inspired by the values, basic assumptions and beliefs of the country.

It is natural to expect that these are deep-seated values and beliefs that cannot be thrown away.

In veering off the academic discourse, I share the sentiments of celebrated Ghanaian journalist Manasseh Awuni Azure that facing this issue in respect of a close relative will be a distressingly painful thing to deal with.

As a Christian and Ghanaian, I believe without any reservation that sex should always be between a man and woman, and if you are born a man, you should die a man.

But we should be wary of the intrusion of unfavourable foreign culture, nevertheless.

We should be worried that social media, for instance, is breaking some barriers of cultural aversions, and we must consciously work to protect our children from the bad effects of social media.

Also, we should be worried that the discourse is gradually edging towards calls for violent responses.

While we should, in every legitimate way, discourage LGBTQI practices and activities, we should avoid inflammatory language that can lead to violent attacks on LGBTQI individuals and advocates of LGBTQI rights.

The writer is a lecturer,
E-mail: This email address is being protected from spambots. You need JavaScript enabled to view it.