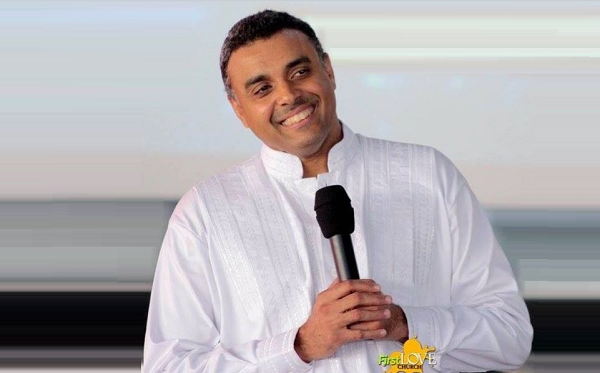 Humanly speaking, there are two main groups of people: the great and the small. Humanly speaking, we consider the nobles, the rich, the influential and powerful people of society as great people.

“For ye see your calling, brethren, how that not many wise men after the flesh, not many mighty, not many noble, are called.” 1 Corinthians 1:26

It means that it would be a mistake to only relate to what the world sees as great and neglect the “small”.


Jesus interacted with Nicodemus privately. Jesus honoured several invitations to dine with influential and powerful people. These interactions were so important that they were recorded in the Bible. Likewise, a leader ought to interact with the great.

“There was a man of the Pharisees named Nicodemus, a ruler of the Jews: The same came to Jesus by night…”
John 3:1,2

“When the even was come, there came a rich man of Arimathaea, named Joseph, who also himself was Jesus’ disciple.”
Matthew 27:57

• Great people have their role to play in the church.

Some of the great people will play vital roles for the church, such as Joseph of Arimathaea, who helped to bury the body of Jesus. This was an important fulfilment of Scripture.

“When the even was come, there came a rich man of Arimathaea named Joseph…And when Joseph had taken the body [of Jesus], he wrapped it in a clean linen cloth, and laid it in his own new tomb, which he had hewn out in the rock…”
Matthew 27:57,59,60

• Great people are used by God to finance the gospel.

If you think that everyone will contribute the same amount of money to the work of God, then you are ignorant and inexperienced. God raises up certain people so that the income of some churches may be far more than others. This creates a necessary balance so that the work of God can go on among both the poor and the rich.

• The contribution of one influential person can result in the salvation of an entire nation.

Esther’s strategic relationship with the king was the one factor that saved the entire nation of Israel from being wiped out by Haman. Her uncle reminded her that she had been strategically placed for the salvation of an entire nation.

“…who knoweth whether thou art come to the kingdom for such a time as this?”
Esther 4:14

A Christian billionaire once told me of how he had used his relationship with the president of a country to obtain permission to hold open-air crusades so that many could be saved.

• The principal calling of Christ was to the poor.

When Jesus spoke of the anointing on his life, he was specific about whom his anointing would affect. He specifically said that he had been anointed to preach the gospel to poor people. We are Christ’s body and that same anointing is upon us.

“The Spirit of the Lord is upon me, because he hath anointed me to preach the gospel to the poor; he hath sent me to heal the brokenhearted, to preach deliverance to the captives, and recovering of sight to the blind, to set at liberty them that are bruised, to preach the acceptable year of the Lord.” Luke 4:18,19

• Most people in the world are poor, therefore our ministries must reach the poor.

If we are to bear much fruit, a lot of the fruit will be among the poor people. Jesus admonishes us to preach the gospel to the poor when the Holy Spirit comes upon us.

• The sign of a higher anointing is that we are ministering to the poor.

Today, most ministers are excited if they are able to visit the president of a country. They gladly take pictures with presidents and publish them in their monthly magazines. There is nothing wrong with that. However, when Jesus was asked whether the great messianic ministry had arrived on earth, he replied that poor people have the gospel preached to them. It takes a higher anointing to minister to poor people.

And said unto him, “Art thou he that should come, or do we look for another? Jesus answered and said unto them, Go and show John again those things which ye do hear and see: The blind receive their sight, and the lame walk, the lepers are cleansed, and the deaf hear, the dead are raised up, and the poor have the gospel preached to them.”

May you freely relate both to the great and to the small of this life!