Kumasi: The Garden City without gardens? When Queen Elizabeth visited Kumasi in 1961 and referred to it as the Garden City of West Africa, she might have done so hoping that the generation that witnessed her maiden visit and future generations would appreciate and value the flora and natural beauty that spanned across the city and maintain them.

Before then, she might have compared Kumasi with familiar cities in the West African sub-region and realised that Kumasi stood very tall among them in terms of its natural environmental beauty, and felt the reference to Kumasi as the Garden City of the sub-region was most appropriate.

Kumasi was said to be very attractive in those days. This was because of the variety of trees and flowers found in front of residential areas such as Amakom, Asokwa, Adum, Manhyia, Bantama, Suame, Dechemso, Asafo and Mbrom. Apart from beauty, they acted as windbreaks. The city was also said to be well-endowed with trees of different shapes and sizes that decorated the high streets.

Many of such trees were said to have formed canopies which provided natural shades and offered adequate protection to both residents and visitors against the unfriendly weather.

The topography of the city, made up of undulating land and plateaus that housed many suburbs, were sights worth admiring.

Many of the residential areas in Kumasi were perched on top of hills, with meticulous layouts endowed with clean rivers and streams that flowed in their natural courses at low lands and any visitor was likely to hold the city in high esteem.

What might have held Queen Elizabeth spellbound in Kumasi in 1961, might also have been the assorted decorated parks and gardens that acted as entertainment spots for all classes of people.


Beside the Parks and  Gardens at South Suntreso, which is a state institution mandated to use the requisite  expertise in gardening to  beautify  the metropolis, there were  other parks and gardens which also served as entertainment  grounds for the youth, the middle-aged and pensioners.

Parks in Kumasi in the early 1960s

Among such parks were the Prince of Wales Park, located adjacent the Kumasi Zoological Gardens; the Abbeys Park at Ash-town; the Jackson Park near the Prempeh Assembly Hall; the Kotoko Park, also known as Cricket, behind the Manhyia Hospital; the Addo’s Park behind the Manhyia Palace; the Dogo Moro Park at Asawasi; the Rivoli Park at Bantama and the Asafo Tennis Court, among others.


Gardens in Kumasi during the Queen’s visit

The gardens that gave Kumasi the accolade ‘Garden City’, the Adehyeman Gardens, directly opposite the Kejetia Lorry terminal, readily comes to mind when recounting how useful some social centres were in those days.

The abandoned Kejetia Roundabout Gardens in the heart of Kumasi, which is now full of weeds, is another garden worth mentioning.

The Asafo Tennis Court, near the Kumasi Polytechnic,   which has now been transformed into a lorry terminal, was also a spot where tennis fans never missed the opportunity to group as they competed with one another to assess their expertise.


The Kumasi Children’s Park, located behind the SDA Church at Amakom, off the KNUST-Asafo high street, is perhaps the only garden that seems to have  survived the test of time  and yet to be touched, as far as rezoning entertainment  grounds into commercial centres in the Kumasi metropolis  is concerned.


The Prince of Wales Park 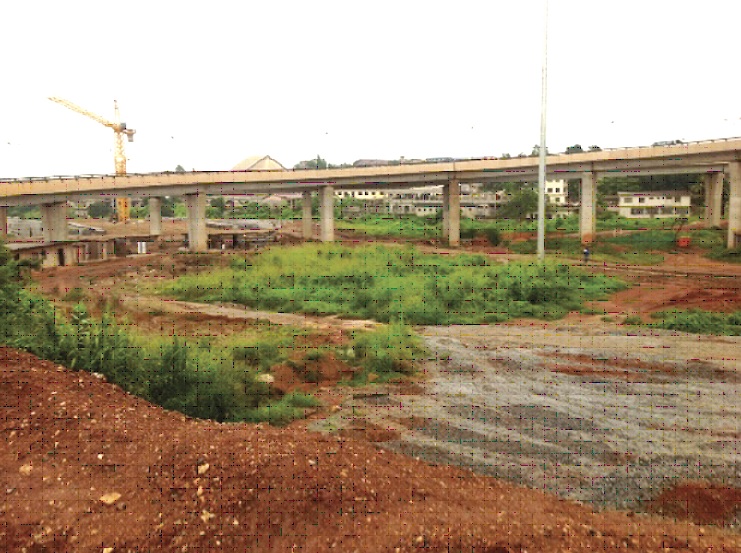 The Prince of Wales Park, which served very useful purposes some decades ago, readily comes to mind when recounting the parks that have been completely consigned to history.

The park, which was close to the Kejetia lorry terminal and adjacent the Kumasi Zoological Gardens, to a greater extent, was also one of the hottest spots in Kumasi, especially during the early 1970s.

Popularly called ‘Kobo-kobo mu’ in local parlance,  and literary translated  as ‘the pesewa  centre’,  Kobo-kobo mu was  the most ideal spot where the youth, mostly teenagers, converged and rode on  bicycles, paying a pesewa  for each ride.

Riding on bicycles in those days at that spot was a form of entertainment  which attracted a lot of the youth around Bantama, Suame, Mbrom, Manhyia, Asafo, Adum and Amakom .

Beside the enjoyment of riding on bicycles, the Prince of Wales Park also offered an opportunity for the youth to exercise to keep them healthy.

Because the area was grassless and sprawled for more than 200 square metres, it was able to accommodate a lot of the youth, who always converged there either to learn how to ride or share their experience with those who had the expertise.

It also became a centre which was pregnant with conflicts as some of the boys, in most cases, eagerly tested their strength at the least provocation; and anytime there was a brawl, it received different attractions and attention.

Today, the Prince of Wales Park is no more, and in its place, a lorry terminal, which has also been converted into a commercial centre has sprung up.

Abbey, Jackson, Cricket and other parks

All these parks served a common purpose - they were spaces purposely constructed to offer an opportunity to the youth to develop and nurture their potentials in soccer.

While those parks lasted, the youth in those days, with a flair for soccer and other sports, could develop their potentials since they never lacked the space to compete with their peers.

Colts soccer competitions were regular and it was through many of such competitions that many of the colt players gradually rose to become big-time soccer stars, making it possible for them to compete and win trophies for Ghana at the international level.

Today, all such parks, for one reason or another, have been converted into commercial centres by the city authorities and the traditional rulers, who are the custodians of the land.

The authorities seem to be unmindful of the harm they are creating for the youth by denying them the opportunity to unearth their potential through exercises.

With almost all parks in the Kumasi metropolis converted into commercial centres, the youth of today have also been denied the space to fraternise, share ideas and have the state of mind to innovate and address the numerous challenges confronting them.

Unlike the other parks in Kumasi, gardens such as the Adehyeman Gardens, Para Gardens and the Amakom Children’s Park were unique in their own ways. They were unique because they served different purposes for different age groups in the metropolis.

The Adehyeman Gardens, sandwiched between the Kejetia lorry terminal and the K.O. Methodist Bookshop, used to be the citadel for indoor games for the aged, in particular.

However, the youth were sometimes attracted to the Adehyeman Gardens for one reason or the other.

Assorted trees that provided shelter during the sunny weather decorated the Adehyeman Gardens, and this naturally attracted a number of residents.

The wooden and concrete seats and tables dotted across the gardens were almost always occupied.

Gardens to engage in endless conversations, many of which led to marriages.

The gardens, used to be the convergent points of the aged, where they played indoor games such as ludo, oware, draft and cards for long periods, thus keeping their health in good shape.

While socialising as they engaged in such lively games, they sometimes discussed issues of national importance and shared their experiences with a section of the youth who cared to get closer to them.

But as if to say to hell with the aged and all what they stand for, the Adehyeman Gardens has now been transformed into one of the hotspots of commercial activity in the Kumasi Metropolis.

It now rivals the Kejetia lorry terminal, which is also being transformed from a first-class lorry terminal into a viable commercial centre. The only garden in Kumasi which is intact and yet to be touched by the city authorities and chiefs is the Kumasi Children’s Park.

The park,  which is yet to realise its full use, is now lying idle and  a section of the youth who do not have a fixed abode are using the premises as their den to plan their nocturnal activities.

It used to have a library, but lack of use and maintenance has turned the library into a haven for gangs and robbers, who always make their presence felt by attacking anyone who dares to pass by at any odd hour.

A charismatic church has also taken over one of the structures and uses it for worshipping on Sundays.


With the children’s park serving no purpose for the youth today, it could be said that Kumasi, which was full of parks and gardens in the early 1960s, is now bereft of any form of such gardens.

Public agitations for city authorities to restore the gardens

Expressing concern about the total disappearance of all parks and gardens from the Kumasi metropolis during an interview with Daily Graphic, the Medical Superintendent of the Sofoline Hospital, Dr Kwabena Opoku-Adusei, noted, “Health is the total wellbeing of humans and not the absence of diseases or infirmity”.

He said anything that undermined the welfare of man also affected the health and, therefore, wondered why city authorities failed to protect the various parks and gardens.

“Beside adding beauty to the metropolis, they were spots that enhanced  all forms of exercises and reduced tension, especially among the  unemployed  youth and the aged, but now the public has no place to converge for any form of entertainment,” he lamented during the interview.

Dr Opoku Adusei, therefore, challenged the city authorities to come out with a meaningful layout and recreational sites as the metropolis expanded.

This, he noted, could   not only reintroduce the parks and gardens into the Kumasi metropolis and restore its accolade as the Garden City of West Africa, but could also create a conducive atmosphere for meaningful exercise among the public for them to enjoy healthy lifestyles.

For his part, the President of Friends of Rivers and Water Bodies, Nana Dwomo Sarpong, said it was time the city authorities planted trees and flowers as part of the beatification of Kumasi.

He said it was equally important for the authorities to refrain from rezoning wetlands, many of which were part of the gardens that had been converted from their original uses.