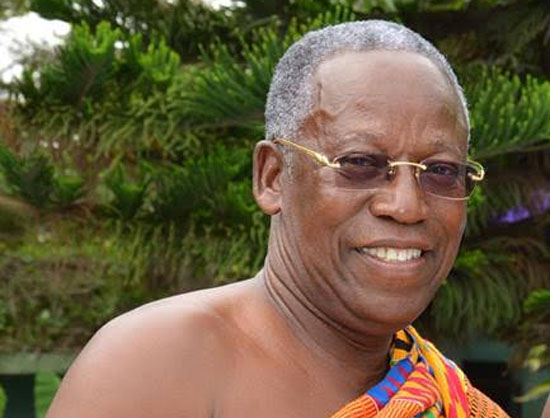 Kojo Yankah has found a new girl, her name is Ayesha, and it is to her that Efo Kojo addresses his latest book, “From Jamestown to Jamestown: Letters to an African Child” recently published by Habari Afrika Inc.

Obviously, Yankah prefers his young African-American girl to remain largely anonymous, save a few sentences in the nearly 300-page book which describes Ayesha, among others, as “…my African child. I chose you, Ayesha, because you symbolize she who lives …You are my pulse to the understanding of myself as an African…”

For his many dispatches to Ayesha, perhaps the writer could not have chosen a better literary type than letters to adequately chronicle the wide range of African history and African diasporan experience that “From Jamestown to Jamestown” carries.

Indeed as Yankah’s alter ego Efo Kojo writes: “I have composed Letter to an African Child, with reference to facts, books and documents which have been published over the years…”

Therefore Efo Kojo may not be saying anything that has not been said before, except that this time the story is being told specifically to a child, who, less tainted by other opinions, may understand and absorb the message.

The challenge one may find in the writer’s approach may be that Ayesha represents the African diasporan child living somewhere in America or Brazil, Europe, Caribbean, you name it, thereby suggesting that other children living on the African continent have adequately been informed about, and have accepted their African-ness.

But in reality, the book addresses all African children – those born on the continent and those beyond as well as the youth and elderly who may not have had the full import of Africa’s contribution to world culture.

The title of the book itself caught this reviewer by surprise, having lived 60-plus years in Ghana and not having been properly educated about the connection between Jamestown, USA, and Jamestown, Accra until now.

In this book, “Jamestown, Gold Coast, is used to represent the port of departure for all slaves of African descent, and as well represent the destination in Jamestown, Virginia, in the USA, both locations named after King James I of England”.

Such are the very informative and educative matters that are discussed in “From Jamestown to Jamestown” which other writers have admirably captured as previews, preface or foreword to the book and justify why this book is for all Africans everywhere and of every age.

Professor Kofi Asare Opoku, one of the few people who had access to Yankah’s manuscript before the book was published, writes: “Centuries of other peoples’ narration of African history has beclouded the truth about Africans and their history, and in this case the truth about Africans and their history may be said to have become skinny, but….the truth that was seemingly lost in the morning has started to come home in the evening in “From Jamestown to Jamestown”, which tells the story of Africa as the cradle of humans and human civilization, through the various epochs in African history to the present and demonstrating clearly that our truth is undeniably different from the opinions of others.

Another reviewer, Dr. Joseph Silver, writes: “Young people of all races are mostly oblivious to the reality of the struggles of ‘African people’ historically and contemporarily. They do not know because there has been a conscious effort to eliminate this history; and, they have been deceived in such a way to suggest that history never existed.

Mr. Yankah, in this book, “From Jamestown to Jamestown: Letters to an African Child”, has chronicled the true history of Africa and Diaspora during a critical period in a manner that will gain the attention of folk across races, across continents, and across generations”.

Writing a foreword to the book, Dr Arikana Chihombori-Quao states: “The story of the African will continue to be told. There is ample literature on the field claiming to be stories about the continent or the people of Africa. Yet, we know that until recently, most writings painted continent without history and without any civilization.

There is also the case of people of African descent and on the continent being mis-educated about themselves, giving room for them to misunderstand themselves, and sometimes violently denigrating themselves”.

Kojo Yankah is a well-known creative writer, author of nine books, a journalist, Pan-Afrcanist and founder of the African University College of Communications in Accra.