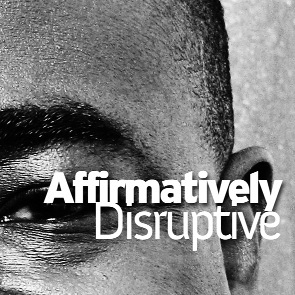 How does one brand a high-performing chief executive whose team contributes 133 megawatts at a critical time of national power crisis? How does one brand a 30-year-old man who is killed in the course of an armed robbery incident in a Ghanaian town?
Every day on Joy FM’s Super Morning Show is a learning moment for me. This week, matters took an affirmatively disruptive digression into the chaos of communication. On Sunday, Joy News announced that the 30-year-old nephew of the New Patriotic Party’s Ashanti Regional chairman had been shot during a robbery. On Monday morning, the police described the incident as a purely criminal affair, also on Joy News. On air, I queried the need for what I considered a strong initial political linkage to what might appear to be a random act of violence.

“It is a statement of fact; he is, indeed, the nephew and I don’t see why that should be omitted from the story. Besides, his uncle came around to the murder scene and was very upset etc,” the correspondent rationalised. In the ensuing studio melee, there were those who justified the political linkage on the basis of “journalistic angle.” Others, like me, differed sharply. Augmenting my case, a colleague argued that any murder, family connections notwithstanding, ought to be given serious attention. What were the reasons in support of my objections?

Communication almost never happens in a vacuum. In this particular context, the country was just emerging from a week where two men had been killed, in the same Ashanti Region, with tenuous attempts to link two honourable Members of Parliament (MPs) from Manhyia and Asawase to the violence.

These attempts had been met with strenuous denials by these MPs. Joy News could, therefore, not have argued that in going beyond a mere announcement of murder but highlighting the victim’s avuncular relationship with the NPP regional chairman, they were unaware that even if unconsciously, the average listener was likely to mentally link both incidents, with political undertones the only common denominator to the violence of both weeks.

In my humble opinion, what was being communicated, consciously or unconsciously, was an escalation of violence and insecurity tinged with partisan politics. To the ordinary citizen, it would be my argument that though reflective of impaired security, a random robbery gone awry might be preferred to premeditated murder from an attempt to settle political scores.

My second objection pertained to position and timing – the point within the story at which the linkage to the NPP regional chairman was made. Granted, that the young man was the nephew of a high-profile person, which fact may have added an interesting twist to the story, the question remains whether this linkage needed to be made in the first paragraph of the story, knowing as journalists do, that they routinely report the most important facts first? Would it have made a difference if the facts of the robbery had been reported and then in the last paragraph, mention that the young man was also the nephew of the regional chairman of the New Patriotic Party?

It is my contention that it would. Fortunately, this very point on timing was amply made through a conspiracy of nature and fate in a subsequent interview host Bernard Shaibu had with the Chief Executive Officer of the Bui Power Authority (BPA), Mr Jabesh Amissah-Arthur.

With BPA over 80 per cent complete, currently contributing 120-130 megawatts of power and planning to bring two additional production plants on stream by November 2013, Jabesh obviously had a good story to tell. Against the communication discussion, it begs asking how any communicator, intent on telling this story, might choose to brand Bui’s chief spokesperson.

First of all, Mr Jabesh Amissah-Arthur is a trained Mechanical Engineer from the Kwame Nkrumah University of Science and Technology with over 25 years rich experience in many World Bank, European Investment Bank, Kuwait Fund for Arab Economic Development, Agence Francaise de Development sponsored projects. Additionally, he has had close involvement in regional energy projects such as the West African Gas Pipeline Project (WAGP) and the West African Power Pool (WAPP). Obviously, he is not one of those coat-and-tie engineers who cannot predict when ‘dumsorism’ will strike. And by the way, he has a Master’s degree from Harvard. Did you hear that? I mean Harvard in Cambridge, Boston, MA.

Now, imagine that with all these credentials notwithstanding, the first thing a communicator chooses to announce is that: “Tomorrow, to speak to you about the Bui Power Authority, we have in the studios the younger brother of his Excellency the Vice-President, Kwesi Amissah-Arthur …” Of course, this is a statement of fact but what really are you trying to communicate by linking Jabesh’s relationship to the Vice-President to the information the CEO of BPA needs to communicate to the nation in need of power?

This emphasises my point that highlighting the relationship, even a factual one, puts a completely different slant to the Bui story than if you had focused on the context within which he was invited to speak –unless of course communicating energy et al was not the objective!

What happened in reality in Joy FM’s studios was even more beautiful. Bernard led a very engaging and cordial interview. Jabesh went to town with his “megawatts and laterites” and then at the tail end of the interview, a curious caller asked, “And o, by the way, is he related to the Vice-President?” Indeed, this was such an innocuous question during wrap up that the panel had no option than to break into sweet laughter.

Anyone familiar with Joy FM’s morning show panel will have guessed that strong alliances are but fleeting occurrences. On this occasion, the journalists typically ganged up with Bernard Shaibu and Kofi Ansah, supported by Araba Opoku-Gyamfi, firing from the “journalistic angle,” while yours truly and the very practical Edgar Wiredu fired from the “purpose of what is being communicated” angle. Of course when things became bloody, producer Kofi Ansah resorted to low punches, “You and Edgar are not even journalists, so what are you talking about? I even have my doubts whether the government really gave you any document before you resumed work from your strike!”

From the learning opportunities amidst the chaos of communication, we shall see what next week brings.


Written by Sodzi Sodzi-Tettey
Email: This email address is being protected from spambots. You need JavaScript enabled to view it.
Website: www.sodzisodzi.com