It’s the politics: Push to pull Ghana from edge of rupture 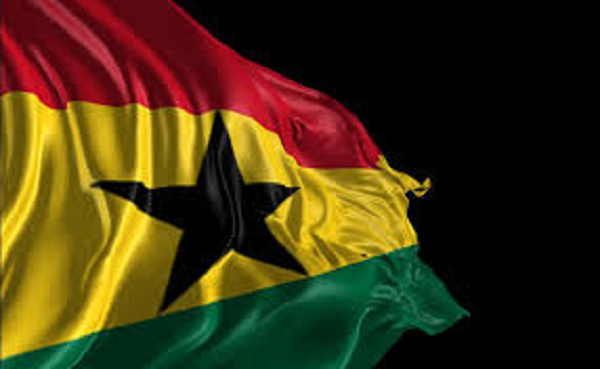 I have just returned to the United States after four months of visiting family and friends. During this holiday, I split my time equally among staying in the Accra/Tema Metropolis, Kumasi and my hometown in the Bono Region, travelling across several towns and villages in the three regions.

I interacted with and spoke to a section of Ghanaians with regard to current socio-political happenings in the country while attending such myriad social events as funerals, weddings, out-doorings and local political party meetings.

This piece is a chronicle of my observations, reflections and prognoses of these national issues based on the lived experiences of my fellow citizens.

My conversations with people spanned a wide range of issues but invariably, they came down to two sets of concerns, namely the current economic hardships facing the mass of the citizens and what amounts to a sense of national despair with regard to how best we can govern our country in the years to come.

Current economic hardships refer to such mundane daily challenges as scarcity of jobs, especially for the youth, food and general insecurity, runaway inflation, the relentless depreciation of the cedi and dilapidated infrastructure, among others.

The sense of national despair arises from Ghanaians’ disenchantment with politics, a feeling that some scholars have in recent years referred to as a “choiceless democracy”.

In short, Ghanaians feel that neither of the two major political parties can usher in the golden age they have been dreaming about since the birth of the country.

The legitimacy of the two sets of concerns – economics and politics – is underscored by the fact that for millennia, students of society have grappled with the debate as to whether it is economics or politics that determines the welfare of citizens in society.

This question about the relative importance of economics and politics was given an explicit exposition in the 19th Century by the renowned German philosopher, Karl Marx, when he argued in his magnum opus that the material conditions or economic resources in a society at a given epoch determined the nature of all other things, including the political system.

In our evolution as a country, our founding fathers in both government and opposition, either implicitly or explicitly, have sought to answer this philosophical question.

For example, in the heat of our independence struggle, Kwame Nkrumah admonished us to “seek the political kingdom first and all other things will be added onto it”.

Even though Nkrumah was an avowed Marxist, he stood on the shoulders of other “conservative” critics of Marx to debate the “ghost” of Marx by arguing for the primacy of politics in our national effort to bring about the best state of affairs for the citizens.

In other words, it was Nkrumah’s stance that the nature of our political system or politics determine how well we live in the country.

Given the current happenings in the country, I could not agree more with Nkrumah’s philosophical stance on this raging debate about the relative importance of economics and politics in the governance of a country.

Political developments such as the physical fights in the Eighth Parliament, executive appointments and egregious behaviours of political appointees, polling station election conflicts and open insults of a sitting President all clearly demonstrate that politics clearly trumps economics in determining our destiny as a nation.

But, Kwame Nkrumah was a pragmatic politician. Even though he correctly diagnosed our problem as lying in the political domain, he failed to interrogate it adequately to usher in the political changes that in turn would impact our welfare as a country.

True to his belief in the importance of politics, he accepted and inherited the “winner-takes-all” system of governance from our colonial overlords without any effort to interrogate it properly.

Even though Nkrumah knew that the constitutional order he inherited was a “Trojan Gift Horse”, he did not change it even after he transitioned the country into a republic.

It is my contention that our historical and contemporary challenges as a country lie in our politics and, therefore, only a structural change of the 1992 Constitution can resolve our challenges.

Part of the general sentiment in the country is that the current government has failed. Yet, Ghanaians gave it the mandate following the rejection of the Mahama administration for failing to meet their expectations.

This is where the concept of “a choiceless democracy” becomes relevant.

Specifically, as a people, Ghanaians are literally caught between the proverbial rock and a hard place dilemma, in that none of the two dominant parties is able to govern to bring about the desired end state.

This dilemma confronting Ghanaians is the reason for their disillusionment with the country’s politics.

Thus, the rhetorical question every Ghanaian seems to be asking is: Where to from here?

The answer to this question, I contend, lies in overhauling our constitutional order and circuitously, our electoral party systems rather than our wild goose chase in seeking solutions in the economic domain.

The inter- and intra-party conflicts that have characterised our body politic in the last decade or so have served notice that for all intents and purposes, the winner-takes-all electoral and party systems that we have been practising since our inception as a country have failed us.

The emergence of a hung Parliament for the first time in our nascent democracy and its resultant E-Levy brouhaha, the violence that accompanies our internal party contests, the growing public distrust of our judiciary that has been manifest in the politics of the Fourth Republic amply demonstrate that our problems are political rather than economic.

The general sense of despair in the country as illustrated by the above-mentioned challenges has underscored the need for electoral and party systems that can ensure a healthy democratic consensus that will engender our development and welfare as a country.

Beside the electoral and party systems, the fundamental law of the land, the Constitution, is equally complicit in our lack of socioeconomic development. I cannot emphasise more the fact that the 1992 Constitution, which essentially underwrites both the electoral and party systems, needs a fundamental restructuring.
Just as Nkrumah’s preoccupation with capturing state power from the colonialists blinded him to the flaws of the 1954 Constitution, our collective preoccupation with the restoration of constitutional rule blinded us to the flaws of the 1992 Constitution.

There is no denying the fact that the 1992 Constitution is a mirror image of Rawlings’s obsession with absolute executive power. This juggernaut of a Constitution is indeed the elephant in the room as far as party largesse, patronage and corruption are concerned.

In other words, the 1992 Constitution accords too much power to one person – the President – in the distribution of rewards, a situation that literally alienates other stakeholders in the country.

This “zero-sum game” is the Achilles heel of our problems as a country.

What Ghana needs, going forward, is a political and constitutional formula that will engender the diffusion of executive, legislative and judicial power as a means of mitigating the intra- and inter-party conflicts that have been growing in intensity in recent years.

Whether or not the conventional proportional representation is such a formula, is of course an empirical question. The search for solutions in the economic domain is at best, ephemeral because what we need is a bipartisan effort to review and amend the 1992 Constitution to fashion out an acceptable formula for power sharing in the country.

The writer is a Sociologist based in the US. E-mail:This email address is being protected from spambots. You need JavaScript enabled to view it.