Is the Christian image in Ghana deteriorating? 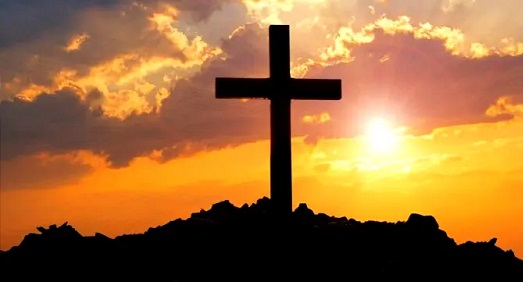 In addition, the Christian’s conduct will make him/her respectable in the society or the nation since his speech, conduct and contribution to society will be worthy of emulation even without any explicit witnessing or evangelism.

The Bible gives us a directive in this wise, Colossians 4:6- “Let your conversation be always full of grace, seasoned with salt, so that you may know how to answer everyone”. The Christian is, therefore, expected to be mindful of his/her speech regardless of the forum or medium of communication, be it on social media, radio, at work or even in political discussions.

This is certainly one of the basic standards required of every worthy ambassador of Christ. However, in recent times Christians, including prominent and highly placed leaders of the various denominations have become very intolerant, abusive and uninspiring to the Christian faith in Ghana.

Many Christian leaders in other jurisdictions distinguished themselves not only as ministers of the Gospel but in public conduct and speech and thereby qualifying them to counsel secular and even non-religious presidents in various jurisdictions.

Billy Graham, for instance, was a spiritual adviser to U.S. presidents, and he provided spiritual counsel for every president from Harry S. Truman (33rd) to Barack Obama (44th). He was particularly close to Dwight D. Eisenhower, Lyndon B. Johnson (one of Graham's closest friends), and Richard Nixon. According to his close associates and ministry partners, Billy Graham made sure that he upheld the highest standard of Biblical morality and integrity throughout his ministry. Besides, he placed high premium on financial integrity, sexual morality, ethical publicity and partnership with the local churches. This therefore endeared him to presidents and highly placed personalities not only in U.S. but other parts of the world.

Christian responsibilities
Society and the nation expect very high standards from Christians, especially the clergy. It is for this reason that in Ghana a pastor is considered one of the professionals besides, a lawyer, a civil servant, a medical doctor or an educationist qualified to be witnesses for one applying for a Ghanaian passport. However, in recent times, the respect/image of Christians in Ghana has been brought so low by the actions of Christians, especially the clergy to such an extent that it is becoming less attractive in the eyes of the public to disclose one’s identity as pastor in the public.

Pastors in the country on daily basis are engaged in fraud, public ridicule of each other, adultery and all sorts of vices. Matthew 5:13- “You are the salt of the earth. But if the salt loses its saltiness, how can it be made salty again? It is no longer good for anything, except to be thrown out and trampled underfoot. How then will society treat the clergy and Christians in general when it is obvious standards have fallen?

In addition to scripture, historically Christian tradition and experience in several jurisdictions have informed debate about acceptable behavior, especially behavior outside the church and public policy. What is the role of the modern-day Christian's voice in public policy debates in Ghana and in addressing bioethical issues at the bedside?

Influence
Christian influence on social issues has not been smooth or easy, and it has not always been positive. Tragically, and to the modern mind paradoxically, in the United States there were “Christian voices” in the nineteenth century who supported slavery and in the twentieth century who wanted to preserve segregation. Also, on the negative side of the ledger, it was primarily Christians who promoted the failed social experiment of prohibition by imposing their understanding of morality on society as a whole.

As long as we esteem material possessions above Christian virtues in the house of God, we will be producing the wrong ambassadors of the faith and thereby lose our voice in pertinent national debates. Over the past few years, the concentration in most churches has been heavily on the financial welfare, signs and wonders etc. as against the conduct of the Christian.

This, to some extent, has led to materialistic Christians and churches at the expense of conduct and morality, with several gullible Christians falling prey to charlatans parading themselves as Ministers of God. “And no wonder! For Satan himself transforms himself into an angel of light. Therefore, it is no great thing if his ministers also transform themselves into ministers of righteousness, whose end will be according to their works” (2 Corinthians 11:14-15). The Bible however, entreats believers to be mindful of their conduct –“Only conduct yourselves in a manner worthy of the gospel of Christ, so that whether I come and see you or remain absent, I will hear of you that you are standing firm in one spirit, with one mind striving together for the faith of the gospel” (Philippians 1:27).

Ambassadors
The ambassadors we are producing are known for their display of wealth, adultery, arrogance, divorce, violence, divisions, secular politics and false prophecies. This image cannot make Christianity attractive to even Christians let alone non-Christians.

However, in present day Ghana, ambassadors of Christianity are busily advertising the products of the enemy and adversary. This has therefore emboldened charlatans to publicly display their wares in the churches as if they are ambassadors of Christ and thereby selling imitation products. You just can't effectively sell a product you don't believe in! It's obvious sorcery and divination as well as magical arts are being practiced in churches in the name of prophecies, healing and miracles. Notwithstanding, God is also doing signs and wonders in various denominations. The average Christian cannot tell the difference between the two. One stands the risk of being classified as being judgmental should you dare to criticize any action of individuals or collectively as a church clearly at variance with the Word of God.

Action needed
The State of Ghana has a role to play to rectify this societal anomaly since some of the actions of individuals and churches directly affect physical and mental health as well as economic welfare of citizens. The ecumenical bodies such as Ghana Pentecostal and Charismatic Council, Catholic Bishops Conference, Christian Council of Ghana, among others, have a major role to play in this case. They have the most to lose should a few miscreants in the system be allowed to give a bad image to the Christian body and thereby make Christianity less attractive in the country.

Correcting this anomaly and travesty will require setting minimum standards with regards to conduct in order to be considered a practicing pastor or church in the country. Our sermon concentration should also be on the Christian conduct as against making money regardless of the means. The question now is who will set these standards and who will monitor and evaluate? Who will bell the cat?

The author is a member of Assemblies of God, Ghana.
Email: This email address is being protected from spambots. You need JavaScript enabled to view it.