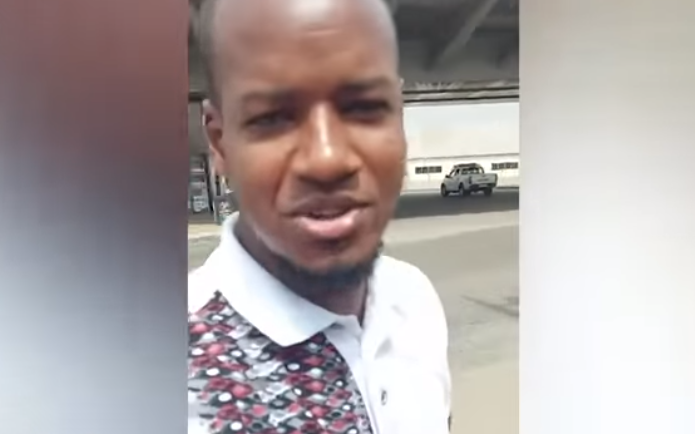 Two days ago, a journalist of Citi FM, Umaru Sanda, was subjected to a random search around the Kwame Nkrumah Circle, in Accra.

He filmed the search because according to him, he needed a record of the activity for future reference.

The video of the search has elicited divided responses from the public, particularly journalists.

Some think that Umaru Sanda was behaving like a typical broadcast journalist - too knowing or like we usually say, 'too known'.

Some with this thought, recounted on a WhatsApp group platform, how they had been stopped often for random searches.

In one of the accounts, one policeman hurried to open the boot and my journalist friend politely told him not to conduct the search without him.

In another story, another audacious journalist friend of mine asked a policeman to sanitise his hand before he handed over his driver's license.

That policeman too obliged, sanitised his hand with a bottle of sanitiser in his pocket and went ahead with his duty.

These journalists all argue that Mr Sanda might have overreacted a bit, insisting on filming and being insistent about what he needed to do to protect himself during the search.

I have no trouble at all with the police doing their duties and conducting random searches.

The trouble I have is when they are seen to be intimidating, and throwing weight about, while going about their duties!

As a female journalist, I have had my fair share of their negative behaviour.

I remember driving along the UPSA road some years ago and being stopped by the police for the inspection of my license.

Responding to his questions in short sentences, the policeman commented "young girl like you, whose car are you riding?"

I held my peace and just stared at him, he then waved me off.

There was another time, at the Police Post right at the T-junction of the Ritz to Agbogba Road.

A group of policemen lounging around the area threw their torchlight indiscriminately into my eyes.

Thinking I was being stopped, I parked and waited for about two minutes; seeing no sign of any officer approaching, I walked over to them and asked them why they had stopped me and had not approached me for anything.

Some among them told me they had not stopped me and I told them then that their torches were giving conflicting signals.

An officer among them apologised and I walked away, angry.

The Inspector-General of the Ghana Police Service (GPS), Mr James Oppong-Boanuh, it is not convenient for drivers when you stop them!

When most drivers set off, their focuses are on uninterrupted drives to their destinations.

Stopping them mid-way is, thus, problematic; however, it is your legal duty and responsibility, so we obey.

They must not add to the inconvenience by being obnoxious.

The minimum requirement we demand as citizens of Ghana under the government of President Nana Addo Dankwa Akufo-Addo is: respect!

The police uniform is not for you to show citizens as we say, 'where power lies' (ie., the extent of your powers).

The urge to do that speaks of a limited knowledge about the enormity of the powers you wield.

That limitation in the knowledge of your own functions and powers, results in your men and women exerting themselves to show that limited power in their minds... by force.

Real powers given by law do not require brute force.

Indeed, an understanding of the powers given, and an appreciation of it, would result in more calmness during police operations.

It will result in the police at all times having the peace of the individual and the collective at heart and endeavouring to assuage any agitation of citizens by calm conduct, professionalism and respect.

Being unlettered about the tenets of one’s profession makes one angry in his or her duties, as exhibited by the police officer identified as Inspector Deh, who led the search on Mr Sanda.