If not for Akufo-Addo’s victory, why is the NPP in court? (Part II) 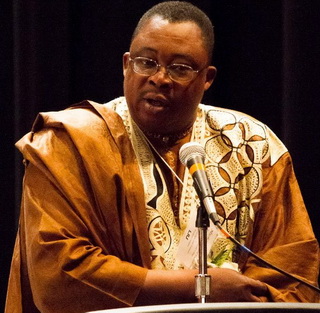 Another issue that Tsatsu’s interrogation has revealed is the errors that the petitioners committed in putting together their evidence. The point is that if the petitioners won’t accept the fact that the problems that they have based their allegations on are “administrative errors” committed by those charged to fill the pink sheets and analogous documents on Election 2012, what moral justification do they have when their own exhibits have errors in them? In other words, why should they accept their own errors as negligible and the EC’s as punishable? We note again that Tsatsu’s interrogation also revealed the impropriety of the pink sheets that the petitioners compiled, claiming to have selected 24,000 out of the 26,002 polling stations nationwide. The 11,842 pink sheet exhibits (out of 24,000) with which they are fighting their cause came from the NDC’s strongholds won by President Mahama. Nothing came from the NPP’s strongholds won by Akufo-Addo. Why?

Tsatsu’s interrogation revealed this calculating mischief and proved that the petitioners were acting in bad faith, especially with their demand that 55% of votes won by President Mahama and 28% by Akufo-Addo in the NDC’s strongholds should be nullified without anything being done to the NPP’s strongholds where similar “administrative errors” occurred.

Additionally, even though the Court didn’t allow Tsatsu to produce pink sheets from those NPP strongholds, his reference to that anomaly in the compilation of pink sheets exposed the petitioners as being dishonest. At least, it threw the door open for us to see what informed and influenced their interests, conduct, and decisions in choosing the pink sheets with which to fight their cause.

Other aspects of the petitioners’ allegations that were torn into by Tsatsu included “ghost” polling stations. By forcefully interrogating Bawumia on this score, Tsatsu succeeded in discrediting that claim and forcing the petitioners to change their “tongues” by reducing the number from 28 to 23, and, then, to 22. This vacillation doesn’t bode well for the petitioners.

Another problem for the petitioners was exposed by Tsatsu when it became clear during his cross-examination of Bawumia that none of the NPP’s agents at the polling stations lodged any formal complaint concerning goings-on on Election Day. In other words, the party’s agents signed the pink sheets to confirm that the elections were free, fair, and transparent. So, what justification do the petitioners (who were not at any of the polling stations to observe what went on) have to complain about fraud?

We may draw attention to complaints from the NPP camp and accusations that Tsatsu had set out to “waste” time and delay the hearing of the case by the line of questioning that he had adopted; but in the eyes of the judges, there was nothing wrong with his extended cross-examination (covering 10 days in all so far). They might not like his repetition of questions, but Tsatsu had his way.

Those complaining that Tsatsu was “boring” and incapable of breaking down Bawumia might not know what he set out to do. Of course, he wasn’t interrogating Bawumia to suit the NPP’s interests; so, why should he bother about their tantrums?

Another interesting issue raised by Tsatsu’s cross-examination is his request to interrogate three witnesses that the petitioners included in the affidavits before the Court. He has filed a motion to that effect, supported by the EC and the President whose lawyers have also filed similar motions on which the Court will give its ruling tomorrow.

The NPP petitioners have opposed these motions. What for? Indeed, in line with the Court’s efforts to streamline the hearing of the case, anything that stands in the way should be cleared; not so? That’s why the motion to interrogate those witnesses should be regarded as pertinent.

Even before we move any further, another major upshot of Tsatsu’s interrogation of Bawumia is evident: the strident self-assuring noises often made by the petitioners’ legal team has vanished. We no more hear them in their vehement pronouncements concerning the case. Why is it so? Something epiphanic happening?

It is not because any of them has been gagged. It is simply because the substance on which they’ve based their rabble-rousing is swiftly being eroded before their eyes and their house of cards is collapsing on them. With the live telecast (what they fought for and has now turned out to be their own nemesis because it has enabled us all to monitor the proceedings and read between the lines), they can no more spin anything without shooting themselves in the foot. And what we have seen so far doesn’t favour them at this point in the proceedings. Silence at this stage is no more golden but painfully irritating to them.

As Tsatsu prepares to end his cross-examination, the lead counsel for the petitioners (Gloria Akuffo) exhaled: “That’s a big relief!” A big relief it may be for them, not necessarily because they are bored with Tsatsu’s lengthy cross-examination but because of the feeling that he will no more subject Bawumia to more interrogation to cause more harm to their cause. The heart is beating too fast and loud!
I shall return…


By Dr. Michael J.K. Bokor
Wednesday, May 15, 2013
E-mail: This email address is being protected from spambots. You need JavaScript enabled to view it.
Join me on Facebook at: http://www.facebook.com/mjkbokor