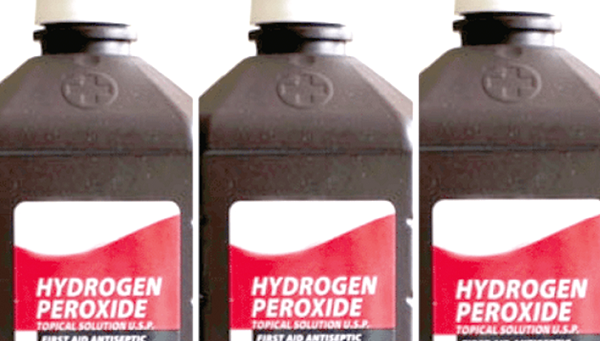 Since the disease COVID-19 and its virus SARS-CoV-2 (Severe Acute Respiratory Syndrome Coronavirus 2) emerged in Wuhan in the Hubei Province of China, global attention has focused on its control and containment.

Its rapid spread and the absence of an effective treatment or vaccine has caused COVID-19 to overwhelm even the most robust health systems in the world.

COVID-19 has the potential to decimate large populations especially those of low and middle-income countries with limited health infrastructure, personnel and resources and, thus, a reason for the unrelenting efforts to control and prevent its spread.

The virus, as has been well established, spreads through contaminated surfaces, droplets from saliva, sneezes and coughs and through aerosols (micro droplets) in breath. Public health measures adopted so far to contain COVID-19 have thus focused mainly on preventing the virus from entering the nasal and oral cavities.

These include the isolation and quarantining of confirmed and suspected individuals, physical distancing, staying at home, regular hand washing with soap under running water, rubbing hands with alcohol-based sanitisers and the use of face masks.

The provision of personal protective equipment for frontline staff has been key, considering their increased risk of contracting the disease.

With growing numbers of asymptomatic individuals increasing the spread of the virus in communities, as well as increasing concerns among dentists about its potential spread, especially during aerosol generating procedures, it is extremely difficult to restrict the virus from entering the oral and nasal cavities, even with the available protective measures for clinicians especially surgeons (Dental, Oropharyngeal, ENT) not to mention anesthetists, physicians, nurses and support staff in critical care.

In that regard, attention should, therefore, focus also on interventions that prevent viruses that have gained access to these cavities from invading host cells to cause disease. Such a measure, which is our present focus, could protect especially contacts of infected persons and at the same time, reduce viable viral load shed in saliva by asymptomatic carriers and cases.

Notably, the virus attaches to the angiotensin-converting enzyme 2 (ACE2) receptors in the most superficial cells in the non-keratinised epithelium of the oral cavity and oropharynx. It then uses its signalling and trafficking pathways to gain further access to infect the body.

These ACE2 receptors are also found in several other areas, including the epithelial cells of the respiratory tract down to the alveoli.

The incubation period of COVID-19 is 14 days with an average of 6.4 days. How long the virus takes on entering the oral cavity and oropharynx to invade host cells is uncertain. If it is assumed that the whole of the infective process in the upper respiratory and the oropharynx regions takes two to five days, there is very little time, albeit a day or two, to intervene to prevent the virus from infecting an individual who has been exposed to it through the oral cavity.

This demonstrates how speedily action should be taken to prevent a contact of COVID-19 from being infected.

Therapeutic mouthwashes that inactivate microbes in the oral cavity, the palatine fossa and the oropharynx include hydrogen peroxide. This communication is advocating its use to limit the infectivity and spread of SARS-CoV-2, especially in countries and communities with inadequate healthcare delivery systems.

Hydrogen peroxide has been used in dental practice for nearly 100 years and has been considered safe when used in low concentrations. In a review on its safety, it was noted that three per cent hydrogen peroxide daily use for up to six years showed only occasional or transient irritations in a minimal number of subjects who also had pre-existing lesions.

Even though this solution has mutagenic potential through its reactive oxygen species that could induce DNA damage, there has been no substantive evidence in the literature to support assertions that it causes cancer in humans.

It has been stated that “there is strong evidence for the safety of low concentrations of hydrogen peroxide products when used on daily basis and over an extended period.”

Earlier, the International Agency for Research on Cancer also concluded after reviewing animal and human studies that “hydrogen peroxide is not classifiable as to its carcinogenicity in humans”.

In a recent study assessing carcinogenicity associated with exposure to hydrogen peroxide neither tissue irritation nor tumour promotion was observed in animal models.

The efficacy of hydrogen peroxide has not been in doubt, especially about its capacity to inactivate corona and influenza viruses. A recent review of studies on human coronaviruses has suggested that 0.5 per cent hydrogen peroxide will inactivate SARS-CoV-2 on surfaces.

Furthermore, a suggestion has been made quite recently to buttress the view that one per cent hydrogen peroxide may serve to prevent entry of the virus into susceptible cells and reduce the possibility of severe disease.

We are proposing, therefore, that use of one per cent hydrogen peroxide mouthwash and gargle, at least twice a day be added to the established WHO preventive protocols for SARS-CoV-2.

This could augment protection of frontline health personnel, contacts of COVID-19 cases, and the highly vulnerable individuals such as the aged, security personnel, media staff, persons with underlying health issues and individuals in communities where the burden of COVID-19 is high.

Furthermore, since there is evidence that even 0.5 per cent hydrogen peroxide could inactivate the SARS-CoV-2 on surfaces, this lower concentration could be used by individuals who may be more susceptible to tissue irritation, considering that its prophylactic use might be required over a long period.

To further limit the risk of infecting others, asymptomatic individuals and mild to moderate cases could use hydrogen peroxide mouthwash and gargle to inactivate SARS-CoV-2 shed.

Hydrogen Peroxide that has been in use in dental practice with proven safety and efficacy could be employed in limiting the infectivity and spread of SARS-CoV-2 while awaiting the emergence of fail-proof prophylactic and therapeutic measures.

We have planned a clinical trial of mouthwash and gargle with hydrogen peroxide compared with mouthwash or gargle with water only, in asymptomatic cases of COVID-19.

The writer is the lead author.

With permission for reprinting from the British Medical Journal July 2, 2020.