How the police take money from my pocket! 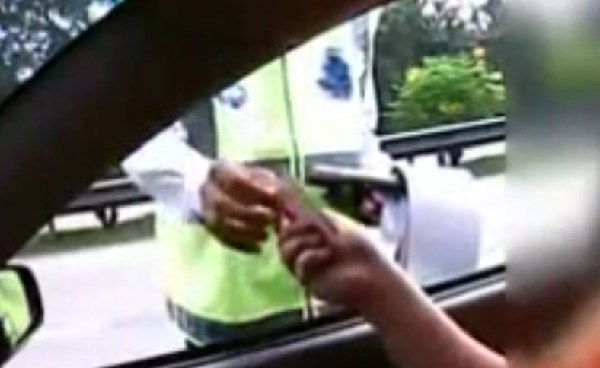 After the release of Corruption in Ghana: Peoples Experiences and Views report by the Ghana Statistical Service, the Commission on Human Rights and Administrative Justice and the United Nations Office on Drug and Crime, the Deputy Director General of the Ghana Police Service in-charge of Private Business Organisations, DCOP Kwadwo Antwi Tabi, reacting said, “If you do not give the police money, they cannot take it out of your pocket”.

His point was the complicity of the public in offering money to the police to entice them so that they could be let off the hook when they fell foul of the law.

In other words, if the public dO not tempt police officers, they would not be corrupt.

First, I point out to DCOP Tabi, that the fact that the public acts wrongly does not justify wrong acts by the police. Then, Mr IGP, I want to tell you how your men and women directly take money from my pocket.

Thus, they must be above board in any behaviour or attitude that may smack of corruption in any form; however they undertake their functions in ways and manners that leave individuals pillaged.

Subtly and forcefully, they employ all methods, in and out of your rule book, to take money from us.

So, when at an accident or crime scene, victims or those effected are sometimes compelled to arrange for the police to be transported to the scene to investigate; that is taking money out of my pocket.

When I am flagged to stop and the police take forever, deliberately, to inspect my documents, while I am hurrying to work, then they are subtly taking money out of my pocket.

For they cunningly are playing what we all know as “delay tactics” to put me in a situation where I conclude that giving them “something” would make them quicken their pace of inspecting my papers!

When they flag down a commercial driver and force out all passengers because the driver does not have one document or the other, well, that is right; but it is also subtle pressure to take money out of the driver’s pocket.

For in that scenario, the driver, considering the loss of sales for the day and the time to be wasted at your MTTD, would wholeheartedly bribe, and that is taking money out of his pocket.

When a matter is at your various police stations and your officers sloppily and slowly deal with it, it is taking money out of citizens’ pockets because we then conclude that, we need to facilitate their quick response!

That is because we then sum up that we need to give them “something” for the case not to drag.

Several examples exist, however, these and all other unprofessional attitudes and behaviours can end at your table, IGP, where you think through the policies and directives for the administration and control of the service in line with your enabling act.

There is no reason why we cannot, for instance, have a ticketing system to limit the possibility of the exchange of money between the police and drivers, as in other jurisdictions.

Mr IGP, your men and women on the beat most often take money directly from my pocket, you ought to know and you have to prevent it by appropriately engaging the public on this and the deployment of the right technology.