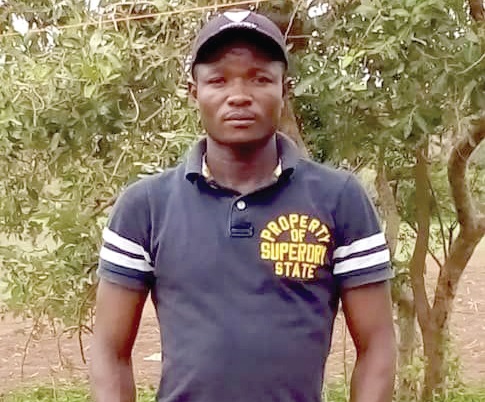 A 31-year-old Farmer, Mr Joseph Adakudugu, is one of the natural leaders (NL) identified in the Binduri District to help educate communities to stop open defecation and engage in good environmental and hygiene practices.

For a long time, many residents in communities in the district, much the same as many others in other parts of the country, have been defecating in the open as they lacked latrines in their homes, and that makes the role of the NL very critical. 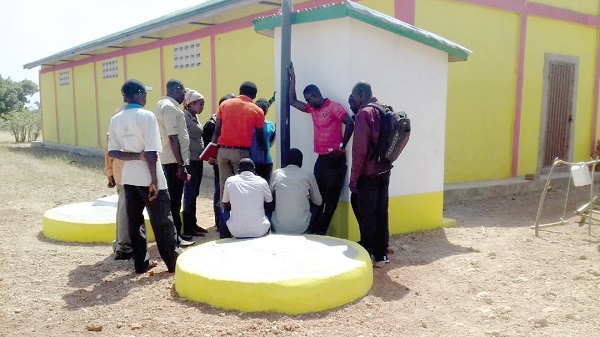 The process, among other things, helps to identify volunteers who have the passion to lead behavioural change in their respective communities. Such volunteers are referred to as the natural leaders (NL).

The NLs work with the EHOs to come up with a Community Action Plan to eliminate open defecation.

“These NLs are committed to helping communities to stop open defecation," a former EHO explained to the Daily Graphic.

As a volunteer, Adakudugu made daily trips to communities to sensitise them to environmental practices and worked with them to put in interventions that would facilitate their compliance with what they have learnt.

He told the Daily Graphic that he also sensitised lactating mothers to wash their hands before breastfeeding, among others.

“I meet between 10 and 15 people a day in communities such as Zua Tempeligu, Kukparigu Number One and Two, Adozigo, Wapzugu and Apibuwari," the farmer who cultivates maize, millet and rice on an eight-acre land at Kukparigu where he also rears animals, said.

Mr Adakudugu said although it was challenging, as he encountered some controversial community members who did not easily accept what they were advised to do, he often had to exhibit a high level of patience that eventually won them over.

According to him, even if the residents accepted the messages for implementation he went back to those communities after about four days to assess the impact of the Community-led Total Sanitation (CLTS) exercise.

The CLTS is an approach to improve sanitation and hygiene practices in communities.

It focuses on spontaneous and long-lasting behaviour change of an entire community, with a goal to end open defecation and ensure good environmental practices.

Natural leader Adakudugu revealed that before approaching a community with the messages on the CLTS or hand-washing, he first interacted with the chiefs or elders in the communities.

Once they accepted the messages, it was an indication that he would succeed in those communities because they would lend their support. When the elders do not welcome the messages, he gives them some time to ponder over the issue.

Mr Adakudugu believes that his work has yielded the needed impact because more people have bought into the idea of having their own household latrines.

He pointed out for instance that in the past farmlands were inundated with human excreta to the extent that people were reluctant to consume the farm produce, especially vegetables.

Furthermore, the farms were infested with a lot of flies, particularly during the rainy season, but now those issues have reduced significantly and people in the various communities are able to go to their farms and harvests are being sold as they are safe to consume.

Subsequently, cases of cholera, diarrhoea and other communicable diseases, particularly among children, have reduced significantly.

With the outbreak of the coronavirus disease (COVID-19), Mr Adakudugu has been sensitising communities to regularly wash their hands as well as use hand sanitisers and face masks.

“As a leader, anytime I am in a particular community I wash my hands in front of the community members before waving my hands in the air to greet them," Mr Adakudugu stated.

He further explained that he had arranged with some tailors and seamstresses who produced nose masks for sale to community members at GH¢1 each.

When asked if he was motivated to do more, Mr Adakudugu answered in the affirmative.

“I am motivated because I have realised that sicknesses and deaths have reduced significantly and so far, I have not heard of anyone who has contracted the COVID-19 in those communities I am dealing with,” the NL said.

Many of the challenges the natural leader faced bordered on means of transport, stereotypes and cooperation from communities which he said sometimes took time to achieve.

For instance, December 24 last year was a typical day that everything went wrong for him during the pursuit of his daily goals.

Recounting his ordeal, he said on his way to Belipesi community in the Binduri District on that rainy day his motorbike had a flat tyre.

With about two kilometres to his destination, he fortunately found a vulcaniser and begged to use his bicycle for the rest of the journey, while he worked on his motorbike.

Mr Adakudugu said the bicycle he received from his benefactor also had a flat tyre before he got into the community where he met only eight people waiting. They insisted the meeting could not be rescheduled as they would not be available, due to their farming activities.

After the meeting, he said one of the participants asked him for some pito, a locally brewed beer, because he claimed he was feeling cold.

Upon his return to the vulcaniser’s shop, the mechanic had gone out and left the job undone so he had to call him and wait for him to return to repair the motorbike.

He said on some occasions he had to beg his neighbours to allow him to use their motorbikes for his journeys.

“And you know, you can sometimes be in the middle of a meeting with community members and the owner will call you to return the motorbike. In fact, these are some of the difficult situations I have been going through," he lamented.

Mr Adakudugu further explained that the only support he got was a training on the best way of constructing the household latrines and educating people on washing their hands with soap under running water.

Mr Adakudugu said if he had the opportunity to interact with the President, “I will tell him to support my community and other deprived communities by extending electricity to them to facilitate the setting up of industries to address the rural-urban drift among the youth.”

He said such an intervention would enable the youth to stay and help build the deprived communities, adding that the Kukparigu community, for instance, had a Community Health-based Planning Services (CHPS) compound but health personnel were unwilling to stay and work there because the community lacked electricity.