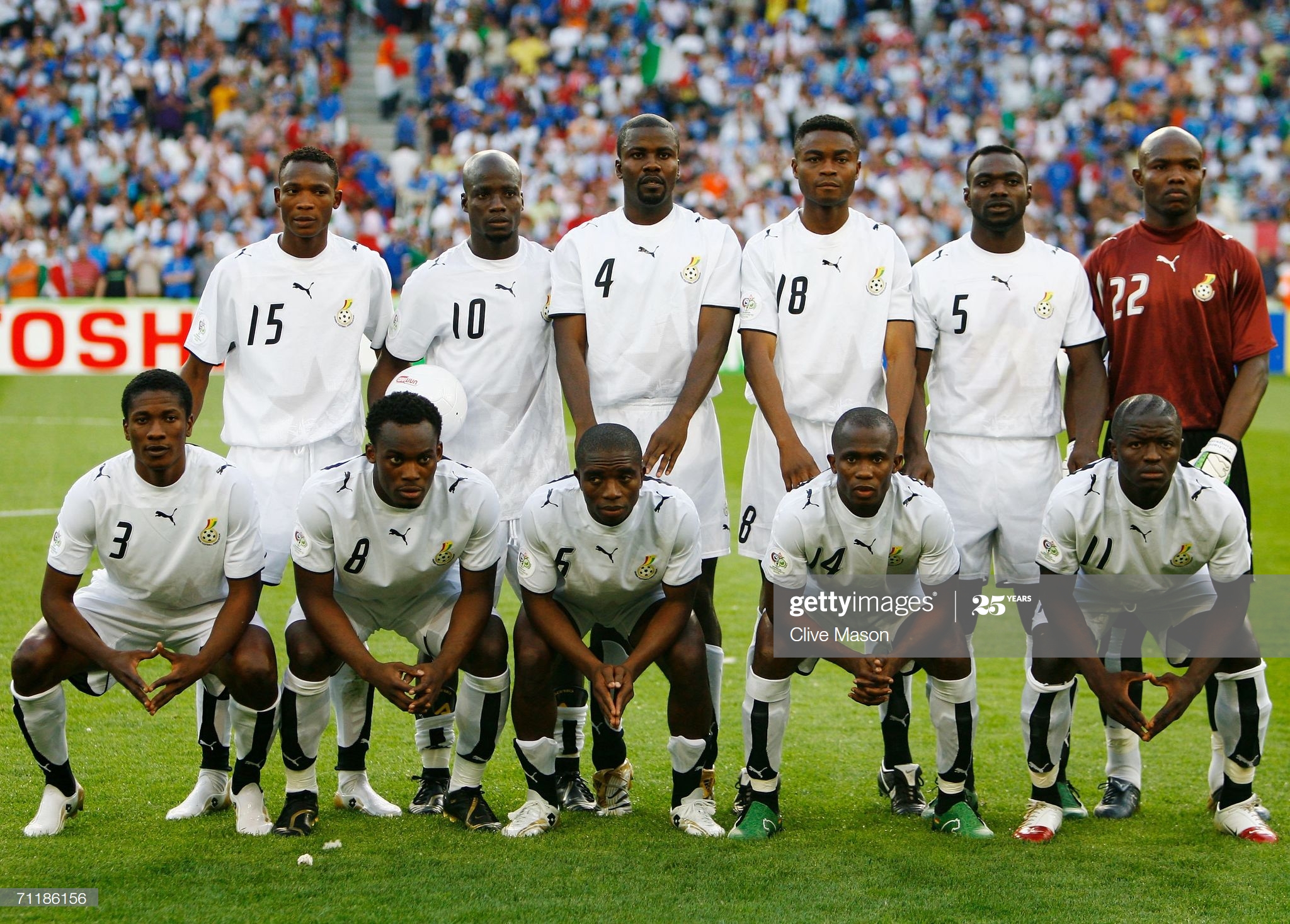 The road to the bidding for the rights to host and organize the 26th MTN Africa Cup of Nations and then the final hosting and organization of the highly successful CAN 2008 has all kinds of side stories, including Ghana’s maiden qualification for the FIFA World Cup 2006 Germany.

However, the other story that did not make the headlines was the desire of Abosso Goldfields (Ghana) Limited to secure naming rights for the planned Essipon Stadium or a new stadium for Sekondi for the hosting of the CAN 2008 Tournament.

A Traditional Chief, who is a friend, had called earlier to inform me of the desire of the company to have their name linked to the stadium to be built in Sekondi for the fiesta. These discussions were during the bid processes and after a CAF Inspection Team visit to look at the selected four (4) venues selected for the 4-venue fiesta – Accra, Kumasi, Tamale and Sekondi-Takoradi.

The two gentlemen at the Abosso Goldfields (Ghana) Limited I was engaged with in all the discussions were Messrs. Mike Ezan, then Executive Director and Tony Aubynn.

In our earlier discussions, they had been informed that the sum of the sponsorship we were discussing would not earn them the naming rights over the stadium planned for the Sekondi venue but then they could consider the sponsorship of the Black Stars, the National Team instead, especially as we would be hosting the CAN 2008; and even more so that the Team had also qualified for the 2006 FIFA World Cup to be hosted by Germany.

After the conclusions of our initial meetings and they had opted for the sponsorship of the National Team or Teams, I paid a working visit to my old friend, then General Secretary of the Ghana Football Association (GFA), Mr. Kofi Nsiah.

Prior to this encounter, the various national football teams had always had issues with jerseys for matches and training, either in terms of quantities or quality.

Indeed, those days the National Teams always had serious problems with jerseys for competitions, any kind of tournaments – local, regional, continental and global, and ordinary friendly matches. Those were the days the teams could wear a mix – mix of jerseys: for the simple reason that we could not afford the costs. Worse, we were not an attractive brand to attract the sponsorship of any global kit sponsorship, especially as we hadn’t even then qualified for any World Cup. We were more or less, local champions with best bets four times, African Champions in 1963, 1965, 1978 and 1982.

I remember one incident when we went to South Korea for a friendly tournament with the Meteors, when we only returned with stories rife that we threw a number of matches just to earn us sets of jerseys instead of the trophy.

Those days, we could only sometimes afford local production of jerseys, mostly by Mingle Sports Wear, from a shop close to now Koala Supermarket at Danquah Circle, Accra. Indeed, such was our sorry state that sometimes, they could only deliver the night before a major match on Sunday at the Accra Sports Stadium, with the numbering painted or stenciled on the jerseys in the deep of the night.

We have indeed come far as a nation, even with the Black Stars, the Pride of Ghana and Africa.

The local choices were not so much that we could afford quality, international brand sportswear but that the market itself, supplied by the limited local shops including D. G. Hathiramani, Sportnet and Jubilee Shops. It meant we could not have faith in the options for merchandising.

The story is thus told of how the Ghana Team for the 2004 Athens Olympic Games had Nike brand for the top, Mingle for the shorts and Lotto for the hoes for their boots.

What I sought to do with the deal then that I had brokered with the Abosso Goldfields (Ghana) Limited was to create the avenues for merchandising opportunities with the national teams brand through the supply of more than adequate kits for all the teams.

I thus sat down with the then General Secretary of the GFA, Kofi Nsiah to compute the jersey needs of ALL the national teams at all levels and for both male and female teams. From the estimations I did, the total jersey needs plus extras for giveaways gave me a total estimate of eight hundred thousand dollars (US$800,000.00). I then added the additional two hundred thousand dollars (US$200,000.00) for miscellaneous to arrive at an annual one million dollars (US$1,000,000.00) sponsorship offer for Abosso Goldfields Ghana Limited because they needed an agreeable estimation for the cost of the sponsorship for an initial five (5) year period.

That is the story of how the nation ever secured a sponsorship with an annual value of one million dollars (US$1,000,000.00) because I not only personally brokered that deal for the GFA but I also did not charge them any commission.

After I had done the deal, I was informed by the management of the company, with a South African majority share that they wanted a South African agency to handle the business of the sponsorship – exit Magnus RexDanquah, enter EXP Ghana, but I was okay with it just for the historical antecedents as the person who secured the deal.

I had my own issues of propriety-ness of the transaction, considering that I was in charge of the Bid Process for the CAN 2008 and having won it, assumed the direct management of the hosting and organization of the benchmarking event, so I was not worried that the Managing Director then, a South African decided to bring an agency form his country to handle the transaction at an agreed per centum agency fee.

I walked away without any noise.

When some staff at the Abosso Goldfields sought to get the EXP Ghana to pay a fee, a finder’s fee of a sort, I rejected the offer.

However, when they sought to launch the deal twice and invited the then Minister for Education, Science and Sports, Hon. Yaw Osafo Marfo for the function, he did not turn up on both occasions, so I was invariably identified that I had used my position in the scheme of things to influence the Hon. Minister not to attend.

Innocent me, a victim of circumstances.

I was then invited by the company and compensated, not by any big sum but then suddenly the Minister arrives for the third launch date and the rest is history.

To my mind, they might have thought I had used my position to convince the then Minister not to attend the function.

Over the years, I have kept my silence whilst so many have sought to take credit as their path to fame.

I remember, the last sponsorship before this one million dollars (US$1,000,000.00) deal was a five thousand dollars (US$5,000.00) deal for the GFA, needing only a MAVERICK then to initiate such a quantum leap.

Indeed, I will never accept to be an UNGRACIOUS person for the reason that it was through this same deal that I got connected to UMBRO SOUTH AFRICA to represent them in Ghana, made a great family friend in South Africa; and why the Black Stars used UMBRO kit for their maiden appearance for the 2006 Germany World Cup.

However, when I asked the UMBRO partner to pay the fee as the OFFICIAL KIT SPONSOR as I was negotiating with the GFA to accept a fee of one hundred thousand dollars (US$100,000.00) per annum, they thought it too expensive and that ended my UMBRO deal.

As an inroad into holding the agency for UMBRO sportswear in Ghana, I thought it would have been a worthwhile venture to be appointed the official kit for all the national teams. This did not happen and as they say, the rest is HISTORY.

This is the story of how the GFA secured the Abosso Goldfields Ghana Limited sponsorship of one million dollars (US$1,000,000.00) per annum whilst it lasted.