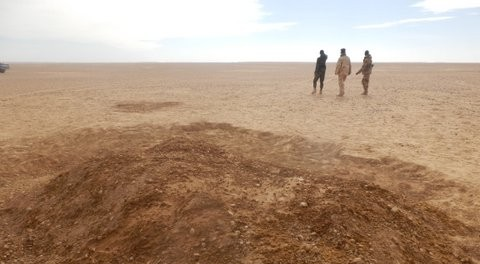 As captured in the “Handbook on Migration Reporting for Media Practitioners” in Ghana, developed by the Ghana Journalists Association (GJA) in partnership with UNESCO, migration is an important global phenomenon due to its implications for social and economic development and its ability to alleviate poverty and ensure sustainable development.

It is therefore not surprising that due to the importance of migration, particularly in the areas of development planning and practice at the international level, it has been incorporated in the Sustainable Development Goals (SDGs) of the 2030 Agenda.

This is why the issue of migration continue to gain traction in both local and international media space. It is a subject that affects every nation no matter how small or big they are.

In Ghana, for instance, migration has become part of the social, economic and political landscape with internal migration being seen as a major migration activity.

In Ghana, data on migration trends show that the three top countries of origins in Ghana are Togo, Nigeria and Cote d’Ivoire. The leading three countries of destination for Ghanaians are Nigeria, United States of America and the United Kingdom.

Ghana’s commitment to incorporating migration into her development planning process has been reflected in the production of the national strategic framework and policy on migration which is the National Migration Policy (NMP).

However, migration as a narrative has always been affected by misrepresentation, fake news and general knowledge gaps, with a lot of emphasis placed on the negatives.

Eric Barnie, 29, who studied Software Engineering in India had to shelve his daring dream to use the Sahara desert through Libya to Italy after reading a story online on migration. It was an article on irregular migration in a programme organised by International Organisation for Migration (IOM) in Ghana in 2014.

“When I was about to complete Senior High School, my friends and I had planned to go to Europe through Libya,” he told Graphic Online, adding “Some of our friends had used similar route to Europe before and so we were encouraged that we will be successful although we had heard of some negative stories on such adventures.”

Mr Barnie said everything was set for him and his friends to use the Sahara Desert to Libya and from there make their journey to Europe when he mysteriously came across an article online on irregular migration.

For him, the content of the article changed his entire mindset on the planned journey and had to withdraw from it and also tried convincing his friends to rescind their decision.

He said, “For me, I don’t think it was by chance that I came across the article. I thought it was God who was speaking to me this way,” he remarked.

Mr Barnie said two of his three friends who defied his advice and embarked on the adventurous journey could not make it to Europe—they died in some unexplained circumstances.

“One of them was allegedly stabbed by someone in a brawl over money in Libya and the other one got drowned in a dingy to Italy,” I was told.

Mr Barnie said his elder brother in Accra found him a job, hence moving from Berekum to Accra.

For him, it was the job his brother found for him that led him to his destiny helper—his Indian boss decided to sponsor him to study Software Engineering in India.

Like Mr Barnie, many people have had a change of mind on using irregular means to travel abroad in Ghana and many other parts of Africa due to media advocacy and education on migration related issues.

The media plays a critical role in educating people on migration issues. This is why media practitioners are expected to display a very good understanding of the nation’s policies and legislation on migration such as the Ghana National Migration Policy, launched in 2016.

The policy was to help manage Ghana’s internal, intra-regional and international migration flow for poverty reduction and sustained national development.

It is important to mention that migration is increasingly recognised as a major development issue which if effectively managed and harnessed could contribute to socio-economic transformation in developed and developing countries.

In Ghana, migration has historically played a central role in livelihood strategies of both rural and urban populations. This is where the role of the media in migration reporting becomes so important. The media serve as an important information source for many people on varied issues, including that of migration.

It adds that adopting the “framing methodology” within this agenda setting context can make migration issues more salient in the minds of the audiences.

A senior lecturer at the Centre for Migration Studies at the University of Ghana, Dr Mary Boatema Setrana, speaking via online during a two-day workshop recently organised by the Ghana Journalists Association (GJA) in partnership with UNESCO to develop guidelines for migration in Ghana, urged the media to shift its attention from highlighting only the negative aspects of migration to the positive contributions it has made to the national economy.

According to her, the media should begin to project the positive aspects of migration that has contributed to the socio-economic development of the country to change the narrative of irregular migration.

"The dominant narrative has been that migration has been negative. Migration is from Africa to Europe and it is through the use of boats and people dying while on the high seas but statistics indicated that it was a handful of people who resorted to that means of travel", she said.

"Unfortunately media reportage has been on irregular migration through Libya and Morocco to Italy without focusing much of their reports on statistics of what the real experiences were', Setrana observed.

She also explained that due to the strict migration laws in European countries, some Ghanaian migrants resorted to transiting to countries such as Libya, Morocco and Mali where they worked to earn some money or built the right networks to continue to Europe.

For the Dean of the School of Communication Studies at the Wisconsin International University College (WIUC), Accra, Dr. Kweku Rockson, using the right language and terminology in migration reporting would help to create the needed impacts and understanding of migration issues on people’s mind.

For him, the challenge for many media practitioners had been how to use the right words in the appropriate manner and to avoid misusing or abusing some of these migration related terms or words.

That is the “Handbook on Migration Reporting for Media Practitioners” also encourages media practitioners to use the right terminologies.

“The issue of terminology is important in migration reporting. Media practitioners should endeavour to use glossaries which will provide a more objective and sanitized picture of the migration phenomenon,” the book notes.

It adds, “The migration rhetoric has to be fully understood by media practitioners so that they can offer a more balanced and better contextualisation of such stories.”