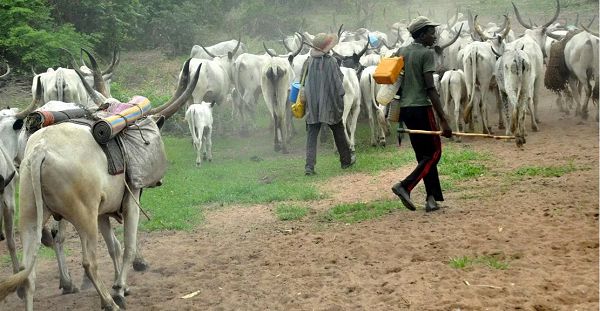 The trade in live cattle is driven by seasonal drought in neighbouring countries, compelling nomadic herdsmen to drive their cattle southward to greener pastures in Ghana.

The “evergreen” vegetation, and numerous waterbodies in Agogo and Kwahu Dwerebease attract large numbers of nomadic cattle herdsmen and their cattle during the dry season.

This creates competition between crop farmers and both local and nomadic cattle herdsmen, often, ending in physical and violent conflicts, sometimes, with fatal consequences.

From November 2017 to March 2018, reports of the conflicts have been pervasive all over the country and have assumed epidemic proportions.

The 1998 ECOWAS Decision relating to the regulation of transhumance between ECOWAS member states, clearly, gives the conditions for the movement of cattle across borders. However, evidence shows that this regulation is not complied with most of the time.

Driving away their cattle to unknown locations (Operation Cowleg), only to have the same conflicts erupt, has not proved successful in addressing this perennial problem.

In the short to medium term, there is the need to set up a consultancy body for ranching and creation of fodder banks, in the Afram plains, led by professionals from the Veterinary Services Directorate, comprising the Animal Production and Crops Production departments, National Security and representatives of the nomadic herdsmen and crop farmers.

At the points of concentration of herdsmen and their cattle such as, Gushiegu town and Gushiegu cattle market, Agogo, Kumasi abattoir area, Accra Timber market, dialogue committees should be formed among the stakeholders to curtail the causes of the conflict.

This body should have offices in the various towns and villages in Agogo and other hotspots to receive petitions and concerns from both parties.

Representatives of the various parties should pledge and advise their members not to attack each other, rather channel their grievances to the committee.

In case of any attack, the leaders should be held accountable or the culprit must be made to face the full rigours of the law.

The various actors, especially the farmers, cattle owners, nomadic herdsmen, and the security agencies, must collaborate and meet once a month to discuss pertinent issues such as shooting, killing, rape and destructions associated with the conflict.

In addition, a permanent settlement committee to mitigate the effects of the conflict needs to be set up for cases resulting in significant property destruction.

This committee should be chaired by a judge, and made up of the police, value officers, and the district security council which would do the valuation and cost estimation of the damages caused and award a befitting financial package to the deserving farmers and cattle owners.

The financial settlement should be done in the presence of all the committee members to ensure transparency and accountability.

Furthermore, a clear zone of demarcation should be enforced for all nomadic activities so cattle rearing will be moved away from the crop growing areas.

The buffer zone should be large enough that even if the cattle graze beyond their designated areas, they would not cause damage to farms.

The forestry officers, the district assembly and the security should collaborate to regulate nomadic activities, where possible, from going beyond the zone.

The Forestry commission and the chiefs of Agogo should decide where to relocate the cattle owners for their business.

Immigration service personnel at the various entry points to Ghana should also be proactive and regularise the number of nomads who enter the country during the dry season.

Emphasis should be placed on the national identification of the person; where the person is going to reside, and the duration.

Addressing the problem of nomadic herdsmen and farmers’ conflict also requires a proper census of the permanent and roaming cattle population in Ghana and the anticipated numbers that will migrate in the country every year. The herders and animals must be identified and registered.

Advocacy on the hostile culture of the herdsmen and local crop farmers towards each other through seminars, is needed during which the positive contributions of cattle production to the economy should be highlighted.

The authorities should further support private stakeholders to process agricultural waste into fortified animal feed supplements, and encourage their patronage through education.

This way, farmers can benefit from their agricultural waste and be open to negotiations on how to make their farms accessible to processors or herdsmen.

For the long term, the solution to this menace should focus on the setting up of cattle ranches and pastures at designated locations.

There is the need for a master plan for reforms in cattle rearing, supported by the Ministry of Agriculture and law enforcement to offset low patronage of the ranches.

The country should also promulgate a harmonised cattle ranching law for its pastoral land resources in addition to a pastoral code to regulate the activities of cattle rearing in Ghana.

This code should spell out how conflicts between the pastoralists and residents of the area will be dealt with.

The cattle rearing activity in Gushiegu could be practised by nomadic herdsmen and local Ghanaian residents; however, the cattle should be confined to rented kraals and away from lands being used for cultivation of shea trees and nuts by the local farmers, and this should be enforced by law.

The land should be divided in sections for rotational grazing.

In both Agogo and Gushiegu and other hotspots, a complete vertically integrated cattle and dairy business could be created from the point of what the cattle would feed on to value-added products such as choice-packaged beef and dairy products, while creating revenue and employment, as well as sorting out the nomadic herdsmen.

This integrated cattle and dairy business should include a product-refrigeration industry; hide processing industry to feed a shoe factory; and refrigerated transport cargos to move beef and dairy products to processing units and regional markets.

The establishment of modern abattoirs in Agogo and Gushiegu should be considered as well; this will reduce greatly the travel distance of animals for slaughter and preclude the spread of zoonoses.

This will also prevent the roaming of herdsmen’s cattle in the cities.

Another long term measure is to allow all transhumance livestock free passage across points of entry into and departure from Ghana.

Cattle that enter the country through approved routes will be tagged.

If herders bring cattle through unapproved routes, it would mean they have not satisfied all conditions on transhumance and so must be sent back to their place of origin or their cattle seized, confined and processed for health considerations and tagged before being released to their owners, who should then confine them in kraals.

This regulation must be enforced by veterinary personnel, backed, as an obligation, by a stationed platoon of armed law-enforcement personnel, at approved routes of entry and quarantine posts.

This requires an upgrade of technological facilities that will help immigration and other security agents to verify and admit any foreign herders entering the country and an improvement of all veterinary quarantine stations, especially at the borders.

Ghana must also ensure a regional approach to animal disease surveillance, prevention and control and strengthen close cooperation and interaction between veterinarians, occupational health physicians and public health operators for a national and sub-regional strategy to expand interdisciplinary collaborations and communications in all aspects of health care for humans, animals and the environment.

A review of the national security policy and strategy to disarm and prosecute both armed herdsmen and farmers and make it impossible for them to have easy access to deadly illegal weapons is needed.

Curb illegal influx of herders and cattle into the conflict zones and informal land arrangements between nomadic cattle herdsmen and landowners in order not to create competition for land and water resources.

Historically, nomadic herdmen have coexisted and traded with Ghanaians since colonial times. Consequently, whatever opportunities denied them could negatively affect the cattle industry in Ghana.