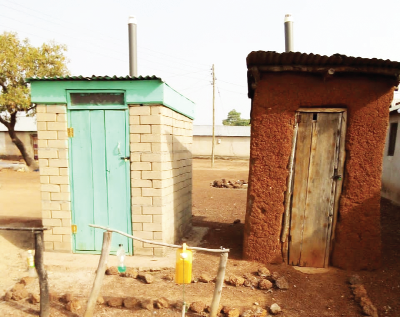 We used to defecate anywhere around us and we saw nothing wrong with the practice, although sometimes we got bitten by reptiles in the bush, especially in the night.

“We used to also fall sick very often because of poor sanitation-related issues,” said Mr Abotsi Prosper, a resident of Takuka in the West Mamprusi Municipality in the North East Region.
Like many residents of the fishing community, Mr Prosper’s household used to practice open defecation due to the lack of latrines.

According to the United Nations (UN), 19 per cent of the country's population still engages in open defecation, a practice which is a major health risk, especially among children and other vulnerable groups.

Open defecation can cause diarrhoeal diseases such as cholera, and pose a serious risk to communities, especially rural communities, which may have limited access to medical care.

Back in 2015, Takuka struggled with poor sanitation and open defecation, with children often falling ill.

However, the community members have had their pride and dignity restored after attaining an open defecation free (ODF) status.

A community is declared ODF when no visible faecal matter is found for a period of two months or if, at least, 80 per cent of households can show they have latrines and handwashing facilities.

With the support of the United States government, through United States Agency for International Development (USAID), the Community Led Total Sanitation (CLTS) programme, a behavioural change approach, is used to educate and help communities to eliminate open defecation globally, to achieve the feat.

Under the programme, the Tukuka residents were sensitised to how to observe basic sanitation practices as well as use basic materials to construct toilet facilities in their homes.

Though it was difficult for the community members to adapt to the approach, education on the health implications of open defecation enabled them to collectively embrace it.

Through the intervention, the community became the first community in the West Mamprusi Municipality to be certified as ODF in 2016, which it has sustained.

Every household in the community now owns, uses, and properly maintains an improved latrine with a handwashing station, called a tippy tap. The community even instituted a by-law against open defecation.

In 2018, through the support of USAID, it received clean running water for the first time with a fitted hand-pump with contamination guards. Previously, community members, particularly women and children, had to walk three to five kilometres to access clean water.

Local authorities took note of the sanitation improvements in the community and provided them with electricity and improved road network for the first time.

In early 2020, Takuka, like many other communities in the area, experienced a devastating flood that destroyed much of its sanitation infrastructure.

Rather than giving up in the face of adversity, the determined people built a weather-resistant superstructure latrine model introduced by USAID. This innovation, called the Digni Loo, was designed to stand the test of time and the effects of the climate crisis. 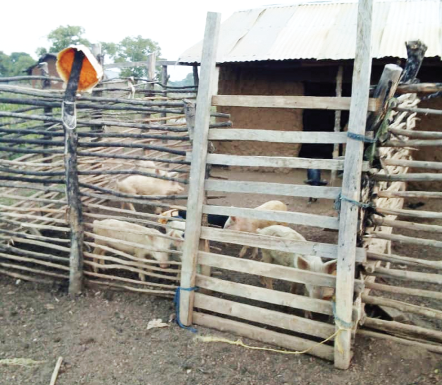 Some animals in a pen

Tukuka became the first community in Ghana to be declared ODF sanitised in July 2021. This is the status beyond open defecation free, as every single household and public gathering place has a latrine with a handwashing facility.

A visit to the community by the Daily Graphic recently, observed that the entire community was tidy with toilet facilities in every house.

Animals are all kept in pens with no droppings littered around, while food and water are properly stored.

Mr Prosper, who is a sanitation champion in the community, said residents in the fishing community have been able to hold each other in check, ensuring that they lived in a clean environment.

He indicated that the community had witnessed some health benefits as sanitation-related diseases such as cholera and malaria had reduced significantly.

To ensure sustained sanitary environment, he said the chiefs and people of the area set aside certain days to clean the environment, adding that anybody who failed to show up was sanctioned.

The community with a population of about 200 people prides itself as the cleanest community in the country, which has been reflecting on the district league table every year.

Currently, the North East Region has 469 ODF communities out of the total 708 communities, representing 66.2 per cent of ODF coverage.

The North East Regional Environmental and Sanitation Director, Mr Osman Alabira, said: “We are very happy that Takuka is now an ODF community. It shows that we are making headway in achieving improved sanitation.”

On the challenges facing the fight against poor sanitation in the region, he said: “We don’t have gazetted by-laws so prosecution is a problem and also lack of commitment of the various assemblies.”

“We need a comprehensive regional sanitation plan to tackle the sanitation situation in the region,” Mr Alabira added.

The US Ambassador to Ghana, Ms Stephanie Sullivan, at the launch of a Water, Sanitation and Hygiene (WASH) project in Tamale last month, commended the people of Takuka for their efforts in attaining ODF sanitised status.

“With a little support, and a lot of community solidarity and resilience, Takuka residents have taken their community far. Takuka provides one example of the progress made through U.S.-Ghana partnership in water, health and sanitation,” she said.

While reiterating the US government’s commitment to supporting Ghana to achieve improved WASH, she appealed to the public to emulate the achievement of residents of Takuka and ensure that they continue to keep their environment clean.