Strengthening social protection in Ghana - Call to scale up game 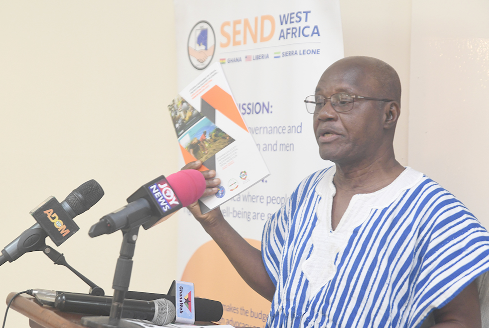 School Capitation Grant (SCG) is a government social intervention programme introduced 18 years ago to eliminate all payments by pupils in public basic school.

Such payments often served as obstacles to universal access to quality education across the country, hence the policy.

It is premised on the concept that instead of pupils paying school fees to be used for running of the school, the government comes in to pay a fixed amount for every pupil in the form of a grant.

Currently, the government pays GH¢10 annually per pupil in three tranches. The first tranche, which is the base grant, is GH¢5 per pupil.

In determining the base grant, the GH¢5 is multiplied by the total number of pupils in all the schools in a district and the resultant amount is then divided equally among the number of schools in the district.

The second and third tranches of GH¢2 each are, however, calculated based on the enrolment in the individual schools.

The remaining GH¢1 is used to pay for sporting activities at the school, district and regional levels.

Since its introduction in the 2004/2005 academic year, the SCG has provided a major lifeline to parents who have been relieved of the financial burden to keep their children in school.

For the administrators of public basic schools, it has also ensured the effective running of schools over the years.

Apart from the purchase of teaching and learning materials (TLMs), head teachers have heavily relied on the SCG to undertake minor repairs in their schools.

They have also used part of the grants for capacity building programmes for teachers. Apart from that, the grants are used for the purchases of sanitation equipment and sports facilities. 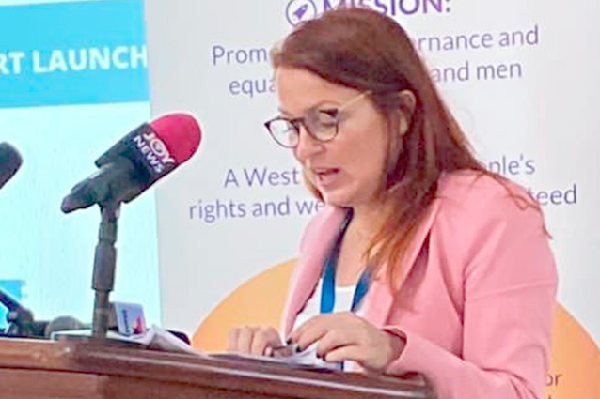 In recent times, there are growing concerns among head teachers over the government's delay in releasing the capitation grant.

Some of the head teachers have revealed that the grant has been in arrears for almost two years, making it difficult for them to effectively run their schools.

The headteacher of Dadwen Basic School in the Adansi North District in the Ashanti Region, George Adei Teng, revealed that the last time his school received SCG was the first term of 2020/2021 academic year.

Mr Teng, who is also the Chairman of the Conference of Heads of Basic Schools (CHOBS) for the Adansi North District, said the delay in releasing the grants had affected the day-to-day management of basic schools in the district.

"As I speak to you now, the grants for the second and third terms of the 2019/2020 academic year are in arrears. We only received base grant for the first term.

"We were relying on the benevolence of Parents Association (PTA) for support, but now the government says the PA should not provide financial support. Headteachers are in a tight corner in terms of providing resources to run their schools," he said.

Mr Teng added that in the prevailing circumstance, headteachers could no longer provide TLMs or organise in-service training programmes for teachers.

He said since the beginning of the 2021/2022 academic year, schools which used marker boards had not received felt pens, while those using chalk boards struggle to get chalk. 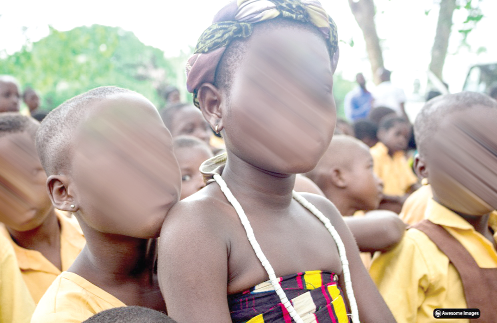 Another headteacher, Paul Mabru, who heads Bisignando JHS in the Nkwanta North District in the Oti Region, said the situation in the district was dire.

The former organising secretary of Nkwanta North CHOBS also said schools in the district had nothing to hold on to for effective management.

"They changed the curriculum without textbooks. The resource packs that the Ghana Education Service (GES) provided are not detailed. The SCG would have helped us to purchase TLM and reading aids, but it is not forthcoming," Mr Mabru said.

He added the delay in releasing capitation grants had also affected the purchase of critical information and communication technology (ICT) equipment, while the provision of sanitation facilities had also been affected.

The challenges confronting schools arising from the delay in releasing SCG is just a cup of water drawn from the ocean. Other social protection programmes such a as Livelihood Empowerment Against Poverty (LEAP), the School Feeding Programme (SFP) and the National Health Insurance Scheme (NHIS) are also suffocating from inadequate funding or delayed release of grants.

A study conducted by SEND-Ghana and other civil society organisations (CSOs) to determine citizens assessment of social protection programmes in Ghana revealed that five flagship programmes, including SFP, SCG, LEAP and the National Health Insurance Scheme (NHIS) are on the verge of collapse because of poor funding.

The study conducted by the CSOs working for social protection in 2021 with the report published this month, found that the country spent less than one per cent of its Gross Domestic Product (GDP) on social protection.

The level is below the 2.2 per cent of GDP regional average of sub-Saharan Africa.

The study said it was critical for investments on social protection programmes to inch up to about 4.5 per cent of the country’s total productivity value also known as Gross Domestic Product (GDP) to be able to lift many above the poverty line.

It said the gradual increase of social protection spending to 4.5 per of GDP should be achieved by 2025. A research fellow at SEND-Ghana, Dr Isaac Nyarko Kwakye, who presented findings of the research, a dissemination workshop, indicated that by increasing the spending to 4.5 per cent of GDP, more vulnerable groups would benefit from the social protection programmes.

He observed that increased investment in social protection programmes, particularly the SCG and SFP, would boost the country’s chances of producing the human resource needed for sustainable development.

Among other things, the study dubbed: "Social Protection Mirror Report," indicated that rampant delays in beneficiary grants payment were making the public lose confidence in the social intervention programmes.

To ensure that the various initiatives make the desired impact, the Mirror Report underscored the need for the government to expand social protection programmes to capture eligible individuals and schools that are currently not under the respective programmes.

The study also recommended that Junior High Schools (JHS) be made to benefit from the SFP.

Curently, the caterers are paid 90Gp per pupil but they are asking for, at least GH¢3, to break even.The under-funding of the programme is partly to blame for the poor quality of food served the children.

The report stressed that it was important to push for the passage of the bill because it prescribed "robust and effective institutional oversight, financial framework, coordination and partnerships for sustainable and effective implementation of social protection."

A caterer of the Ghana School Feeding Programme (right) serving rice to pupils of Dadwen D.A. Basic School (left) in the Adansi North Disrtict in the Ashanti Region

The call by the CSOs, through the Mirror Report, for the government to establish a dedicated fund called Social Protection Fund (SP Fund) is a step in the right direction.

The establishment of this fund will ensure financial sustainability of the various social protection programmes. This will also avert the incessant delays and irregular payments of grants and allowances.

Strengthening social protection systems is crucial as it would facilitate the attainment of related Sustainable Development Goals (SDGs), the findings alluded.

Particularly, SDG 1.3, which calls on United Nations (UN) member countries to "Implement nationally appropriate social protection systems and measures for all, including floors, and by 2030 achieve substantial coverage of the poor and the vulnerable," will be enhanced.

Scaling up NHIS will improve Ghana’s chances of achieving SDG 3.8, the report said.

It is also important to prioritise the SFP and the SCG because those interventions will facilitate the attainment of SDG 4.1.

"By 2030, ensure that all girls and boys complete free, equitable and quality primary and secondary education leading to relevant and effective learning outcomes," the Social Protection Mirror Report stated.