Everything that happened and the people who made it 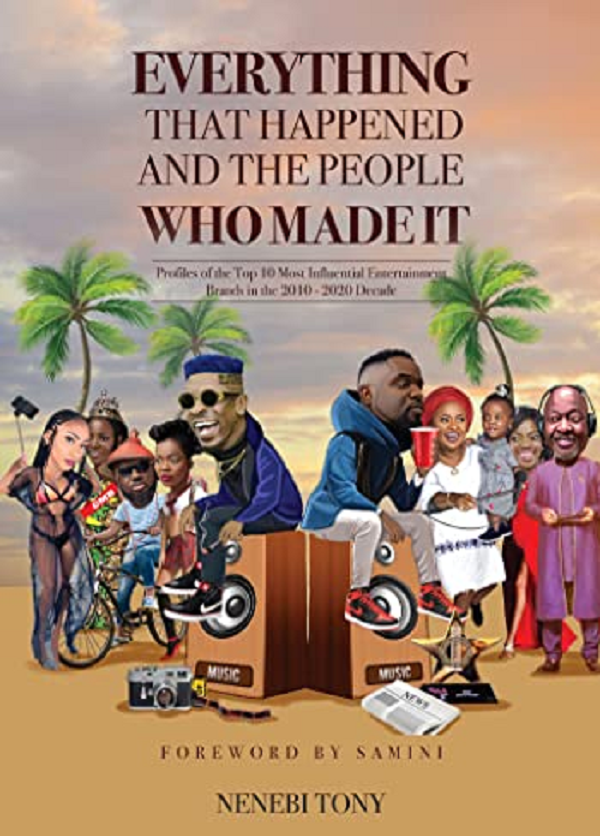 Title: Everything That Happened And The People Who Made It

I would bet you didn’t know that Hajia4Real, the very pretty and popular Ghanaian lady whose recent posting on Facebook showed her arriving at a function in Accra in a Bentley, became such a huge internet celebrity just by doing nothing – yes, nothing.

I would also bet you didn’t know that Nana Ama McBrown, arguably the most popular actress and television personality in Ghana today, was a fitting shop assistant at Suame Magazine in Kumasi; another time a football player with Asante Kotoko Ladies Club; and once upon a time drove a truck from Ghana to Cote d’Ivoire.

Just one more. I would bet you did not know that Shatta Wale, the popular dancehall musician who continues to ride the crest of a most successful music career, is only great because of his fans who have sustained him in the limelight and not necessarily because of his music.

These individuals are among 10 selected brands in the 2010- 2020 decade in the creative arts space in Ghana, whose profiles writer Nenebi Tony has put together in his just-published book titled: “Everything That Happened And The People Who Made It”.

In the words of the writer, “The idea for this book was born out of the desire to document the decade… I had conversations with some friends in the media and decided the book should be about the 10 most influential entertainment brands in Ghana from 2010 to 2020. The format we chose was to segment the entertainment industry into 10 parts and pick one brand as the most influential in that segment.”

The segments comprise radio and television, the sound of music, the business of music, fan base and fandom, filmmaking and film marketing. The other segments are events, beauty and fashion, entertainment journalism and new media presence (blogs and social media).

The writer’s narrative style is simple and conversational, just the thing for writing about creative endeavour. As music icon Bessa Simons writes in one of the blurbs, “You know what makes the book enjoyable? The fact that there are no jargons or superfluous diction that would have made it difficult to read.”

Media General’s Francis Doku also writes in another blurb, “The salient parts in the book are so fully fleshed out such that the next line answers any lingering question from the previous line. It is a relevant reference for entertainment writers, journalists and pundits.”

In the blurb of Sadiq Abdulai Abu of 3Music Awards, “This book is like the juicy gossip that fades over time; only that this time round, this gossip is being documented for posterity… It is an awesome read.”

For me, this is a book whose research and publication should have started a long time ago to chronicle the state of the arts in every decade since Ghana’s independence.

If this had been done, the creative arts industry in Ghana would have earned considerable historical documentation for anyone to refer to as measurement of the pulse of popular entertainment at any given time.

The writer, Nenebi Tony, is a creative industries savant driven by his insatiable interest in the arts to spend over 10 years investigating and writing about the nuances of business, creative efforts and law behind it.

From age 11 when he first spoke on Garden City Radio in Kumasi, he has been involved in entertainment media as a performing artist, scriptwriter, journalist and publicist.

The book is available at all EPP bookshops and all leading bookshops in Ghana.

Reviewer’s E-mail: This email address is being protected from spambots. You need JavaScript enabled to view it.