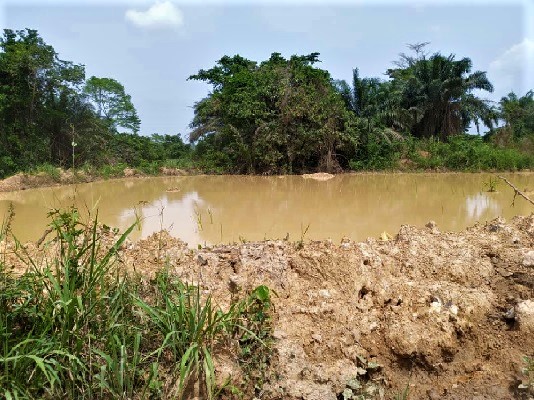 One of the deep gullies left behind by illegal miners at Manso Adubia in the Amansie South District in the Ashanti Region
30.5k Shares

It was the hope of Yaa Kyerewa that the level of poverty in her household would lessen when her son, Paa Kwasi, attained higher education and landed that dream job in future.

The dream started taking shape when Paa Kwasi finished Senior High School (SHS) with flying colours. However, the dream crushed when he fell into an uncovered illegal mining pit never to come out alive.

“He left home that day with other boys and I was expecting him to return as usual; but I received the news that he fell into a mining pit, and that was it,” she said.

It’s been three years since that loss, but the scars remain indelible for the 48-year-old resident of Nkatieso in the Bibiani-Anwhiaso-Bekwai Municipality in the Western North Region.

Just like Yaa Kyerewa, many other families are living with painful memories of their relatives who have been swallowed by abandoned mining pits. A number of visits to communities in mining regions, such as, Ashanti, Western, Western North, Central, Eastern and Bono between 2019 and 2022 revealed that while illegal miners filled their pockets with cash, the residents of host communities were dying.

A recent visit to Wamase in the Akrofuom District in the Ashanti Region revealed how several hectares of agricultural lands that served as a source of livelihood for the residents for many decades had been reduced to uncovered pits and gullies. 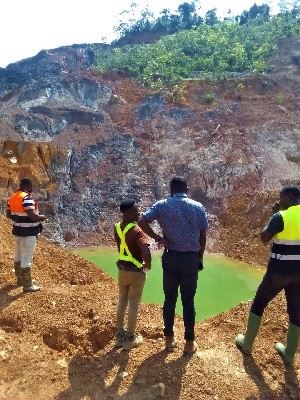 A resident of the area, Ishmael Awuah, said the uncovered pits had become a death traps for them. “Illegal miners have destroyed our farmlands and water bodies. The worst part of it is that they have left behind uncovered mining pits and huge gullies that pose serious threat to our lives. For the past seven years, 32 people have fallen into the uncovered pits and died.”

The 34-year-old added that the pits had become breeding grounds for mosquitoes. “We cannot sleep peacefully in our homes because of the mosquitoes. Anytime it rains, our rooms also get flooded,” he added.

At Manso Nkwanta and Manso Adubia in the Amansie West and Amansie South districts, respectively, the illegal miners felled thousands of trees and wreaked havoc on vast tracts of land in their desperate search for gold. 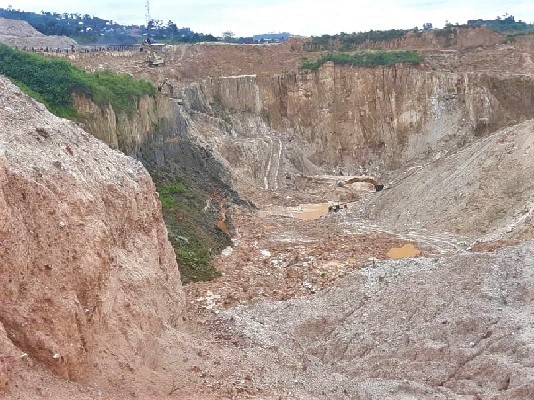 Such is the case with the Amansie West, Amansie Central, Amansie South, Adansi North and the Obuasi Municipality all in the Ashanti Region.

The Mpohor, Ellembelle and Tarkwa-Nsuaem districts in the Western Region are also replete with gaping gullies that pose a threat to the lives of residents. 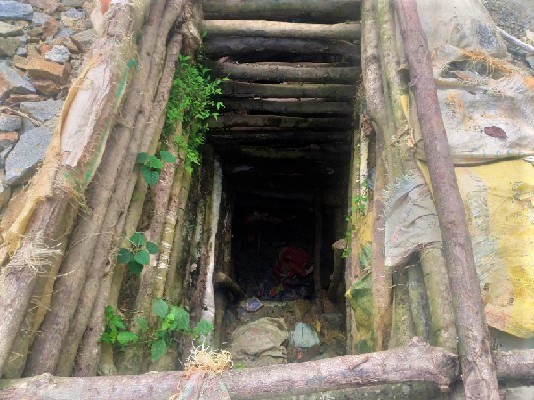 The situation at Breman, Brofoyedru, Denkyira Obuasi, all in the Upper Denkyira West District in the Central Region, was not different as the galamsey operators left behind gaping gullies.

The Mineral and Mining Regulations, 2012 (L.I. 2182) and the Environmental Assessment Regulations, 1999 (L.I. 1652), require small-scale mining (SSM) companies to ensure that all areas degraded by their operations are reclaimed.

According to the California Department of Conservation, reclamation involves the combined process by which adverse environmental effects of surface mining are minimised and mined lands are returned to a beneficial end use.

Regulation 23 of L.I 1652 requires the Environmental Protection Agency (EPA) to make sure that prospective small-scale miners post reclamation bonds in the form of cash into an escrow account based on approved reclamation plans.

Regulations 472 (2c) of the Minerals and Mining (Health, Safety and Technical) Regulations, 2012 (L.I. 2182) also requires the Inspectorate Division of the Minerals Commission to ensure that prospective small-scale miners submit an operating plan, together with other requirements, for acquisition of SSM operating permit. The plan explains how the miners intend to rehabilitate the mined areas by detailing the methods and procedures for revegetation. 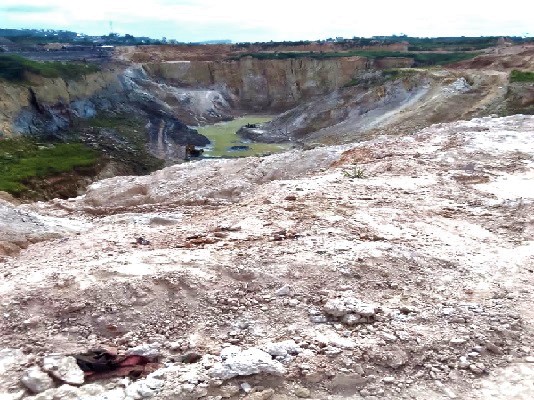 The EPA is required to assess and approve the proposed reclamation plan and ensure that proponents post the cost of restoration as reclamation bond, which will serve as security against default on reclamation or rehabilitation of disturbed land arising out of the mining operations.

Despite the existence of these regulations, a performance audit report of the Auditor-General on regulating reclamation activities at small-scale mining sites, presented to Parliament on June 20, 2021, revealed that 22 years after the passage of L.I 1652, none of the small-scale mining companies operating in the country had complied with the requirements to post reclamation bonds. 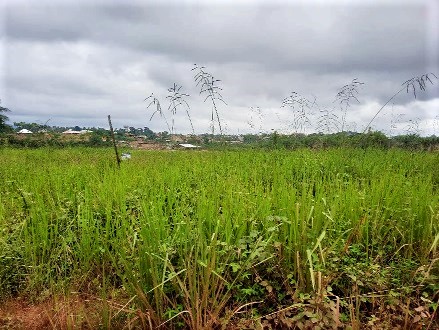 The report found that although some of the companies the EPA issued with environmental permits had submitted reclamation plans, the authority failed to ensure that they posted reclamation bonds.

Consequently, some licensed SSM have taken advantage of the dormant law to mine without reclaiming mined lands.

When the Chief Executive Officer (CEO) of EPA, Dr Kwabena Kokofu, was contacted for a response to the issues, he said the EPA was finalising processes with key stakeholders for the law to be enforced effective the last quarter of this year.

“When we start, those who have mining concessions already will be made to post reclamation bonds to serve as a validation of their permits while those applying for new licence will have to post the bond before they are certified to operate,” he said.

A specialist in artisanal small-scale mining (ASSM), Yaw Biritwum Opoku, observed that when mined lands were reclaimed, they could serve as open space, wildlife habitat, agricultural lands and other land use purposes, including residential and commercial developments.

The SSM sector currently accounts for over 35 per cent of the country’s gold output, employs one million people, and supports the livelihood of some 4.5 million others.

There is the need for the Ministry of Lands and Natural Resources, the EPA, Minerals Commission and other stakeholders to work together to implement policies and regulations that will help stop irresponsible mining and reclaim all mined lands.