From Tamale to Bolgatanga: 17 years up north, experiences

It was one of the happiest days of my life, yet challenging because that was the first time I stepped foot on Tamale soil, the Northern Regional capital.

I had just been employed by the Graphic Communications Group Limited (GCGL) as a Reporter on the Daily Graphic brand and sent up North, to Tamale, as my first station, to support the then Bureau Chief, Mr Zakaria Alhassan.

I was lucky to have Mr Alhassan, who is currently the Chief Sub-Editor of the Daily Graphic as my immediate boss, as he wholeheartedly accepted me, teaching me and guiding me on how to live and operate in unfamiliar territory, in the Northern Region.

Regrettably, however, before I even arrived in Tamale, there were persistent negative comments from some “naysayers”, who vehemently opposed my posting to the north.

Their main reason for kicking against my appointment to the north was that “those people are fighting and if you don't take care they will kill you".

But heartwarmingly, I found consolation in the philosophy of Indian Yogic Explorer and Philosopher, Aporva Kala, who said “Your perception may not be my reality."

I did not allow negative perceptions about the people of the north to cloud my perceptions/thinking of people in the north, or determine my actions; I decided to be open-minded.

At the time I arrived in Tamale (2004), the Dagbon Chieftaincy crisis was still simmering after the real conflict occurred in March 2002.

Some of the sceptics had no idea that most of the rumours of the north were either hearsay, false, or mostly exaggerated.

Whenever people heard stories about conflicts in the Northern Region, they assumed that the conflict had engulfed whole towns and villages; in reality most times it was just centred in a small part of the region or metropolis.

Sometimes, when disturbances happened, even some people living within the metropolis would not know about it, until it was broadcast by some Accra FM station with an affiliate up north.

But come to think of it, in Ghana or even globally, conflicts occur among people existing in all human settlements.

Unfortunately, it seems that when similar conflicts occur up north, they are either rightly or wrongly blown out of proportion.

That has fed into the fear by some when accepting postings to the north, but when they pluck up the courage to eventually go, they later realise“it is not a big deal staying in the north”.

Some of them bring their families from Accra and other towns in the south to settle permanently up north, with the mention of Accra eliciting the response, “No, Accra is too congested, hot and there is so much traffic there”.

How did I manage to stay peacefully with the residents of the Northern Region while I was there working?

First, as I stated earlier, I was guided by an elder brother, who doubled as my boss in Tamale.

But I was also conscious of the diverse cultural and traditional values of the people; with my work as a journalist and for that matter, dwelling on the age-old adage, “when in Rome, do as the Romans do", i learnt to fit in quickly.

One day, as I was driving my old red Opel Kadett saloon car around Changli, a suburb of Tamale, the car suddenly stopped and refused to move again.

Changli environs on the Salaga road

All efforts to start the car proved futile.

To my right, I saw about four old men sitting in front of a house.

Seeing the trouble I was in, one of them hurried into the house and called a group of young men.

The young men then came out and asked me to sit comfortably in the car.

That day, I must confess, I was surprised as I was treated like a “king”.

I sat comfortably in the car, as these young men vigorously pushed the car, while I steered it off the sand and parked on a stable land surface area.

The young men stayed with me and fortunately when I sparked the car again, the engine started working almost immediately.

The young men started clapping their hands, while the old men beamed with smiles, thus expressing their joy at helping me get out of that messy situation.

One of the old men then said to me that they had been observing that anytime I was passing by, although driving a car, I would slow down, bow my head and greet them and anyone I met on my way.

He further told me that they (the elders) had prayed and would continue to pray that “no stranger should come to Tamale and for that matter the Northern Region to suffer”. Greetings have become my passion to date.

Even if one does not understand the Dagbanli language, greeting anyone should not be a challenge. “Dasiba” to wit good morning, elicits the response, “N’naa” ( i accept your greetings).

Tigbihier(Are you well or healthy?) results in the response Gombiene" (I am fine).

As a visitor gets familiar with the greetings, the residents help him or her understand and speak the language better.

It is gratifying to note that some visitors, including foreigners, have learnt the language, becoming so proficient that they cannot be differentiated from indigenes.

It is therefore not surprising the cosmopolitan nature of Tamale, with some foreigners and Ghanaians from other ethnic groups, making it their home and investing in businesses there.

The sprawling Tamale Metropolis with different ethnic groups and foreigners, is similar to the various foods – assorted ingredients, local and foreign dishes – available at food joints, restaurants and hotels for the enjoyment of visitors and tourists.

It is even common nowadays to find some visitors opting for the local northern dishes such as the Tugbani and the Tuo Zaafi.

I went to the Northern Region with my wife and instead of disaster striking us (as the sceptics predicted), we multiplied and are back to Accra with three children – we are now five in my family.

Our first born arrived after nine years of marriage and it was only in the Northern Region that this miracle happened.

Except for only one Doctor who was an Ewe from the Volta Region, all the other doctors and gynaecologists, who helped my wife during the deliveries, were all northerners and professional at that.

The story will not be complete without mentioning my escape over the high walls of the Kaladan Park in November 2005.

I was assigned to cover a match, between Real Tamale United and Kumasi Asante Kotoko. Some disturbances ensued and in the heat of it, one of my closest friends, a journalist and Dagomba working with the Ghanaian Times, Mr Yakubu Abdul Majeed, held my hands and asked me to lie prostrate on the floor, as he did same. 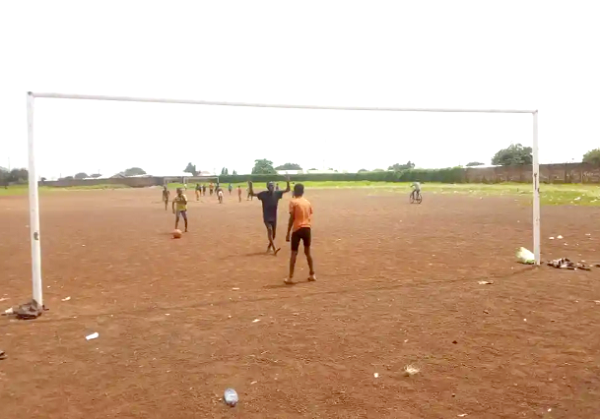 The police had then been called to control the heightened disturbances.

To date, I do not know how I managed to climb the high walls of the Kaladan Park to get to my office on the third floor of the GCB building to file my report on the football match.

With the disturbances getting worse, all I realised and felt were the hands of the generous and kind people of the north supporting me as I, with their support, scaled or went over the wall.

Those around me at the park showed me love, as they thought of my welfare and helped me escape any eventuality, thinking first about me and getting me out of a sticky situation.

The question therefore is: Have I been killed as the naysayers suggested? For 17 years now, by the Grace of God and the hospitality of the people of the north, I am still alive to tell the story.

The stereotyping of any people, place or geographical location must be discouraged.

The bridging of the development gap between the north and south must also continue in earnest, calling for the collective efforts of state and non-state actors to ensure that the five regions of the north get their fair share of the national cake.