Footbridges on holiday: let’s act to save lives 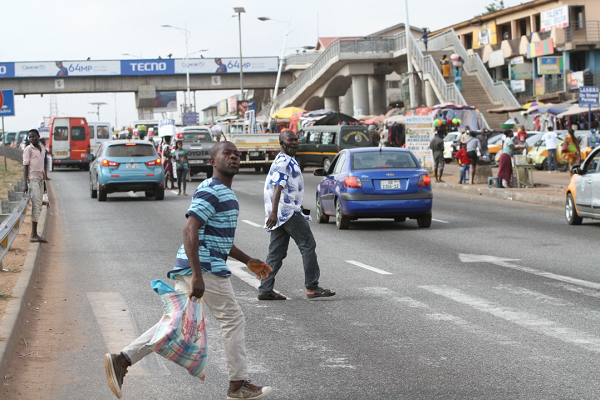 Some pedestrians jaywalking at the Madina footbridges.
30.5k Shares

For parents whose wards came out with flying colours, the journey to their children’s dream career has taken shape. But this is not the case for the parents of late Mariam Kassim, who was knocked down and killed by a vehicle on the Madina-Adentan Highway while on her way to school on November 8, 2018.

It has been two years since they lost their pearl in a perilous circumstance, but the painful memories of that dark Thursday still remain fresh on their minds. They are yet to come to terms with how their ray of hope had to take an early shower from life in such a bizarre manner.

Just like Mariam’s parents, many surviving victims of pedestrian knockdowns are grappling with permanent disability, while others are spending fortunes to save the lives of their loved ones.

When Mariam met her untimely death, hundreds of residents of Madina and Adentan went on rampage, blocked the highway and burnt lorry tyres, and justifiably so, because a dozen lives had already been lost in similar circumstances.

Led by Mr Rashid Osei-Bonsu, who was the Assembly Member of the West Adentan Electoral Area and leader of the protesters, they mounted pressure on the government for the speedy completion of footbridges that had been abandoned in the area.

With the completion of the footbridges, it was expected that pedestrians would patronise it religiously to end the spate of pedestrian knockdowns and deaths.

However, a number of visits to some major highways in the Greater Accra Region revealed that pedestrians have abandoned the footbridges and continue to jaywalk at their peril.

A Daily Graphic report of August 6, 2020 revealed a worrying situation where the footbridges had been abandoned while pedestrians continued to gamble with their lives.

The publication titled: “Footbridges on holiday – pedestrians put lives at risk on roads”, captured the worrying development as follows: “While the footbridges lie predominantly idle, some of the pedestrians, including children, meander their way through moving vehicles as they move from one side of the road to the other.

“Some of them also jump over walls and barricades in their bid to cross over to other sides of the road, putting their lives and those of other road users in danger.

(Click the link here to read the full story: https://www.graphic.com.gh/news/general-news/footbridges-on-holiday-pedestrians-put-lives-at-risk-on-roads.html)

When I contacted Mr Rashid on the issue, he said the footbridges had helped reduce the spate of pedestrian knockdowns in the area, but said he was sad that many people failed to use them.

“The calls on me to deal with cases of pedestrian knockdowns have reduced. I remember that on five occasions, I had to personally go with the police to take dead bodies from the road. Now, it is better, but the issue is that the way we agitated for the bridges is not how we are using them,” he said.

He added that the lack of community engagement before the construction of the footbridges and poor public education on the part of the National Road Safety Authority (NRSA) were the major causes of the situation.

“When you are doing a project for people, you need thorough engagement with the beneficiaries so that you can get their input and design the product to suit their needs. We feel that the bridges should have been underground rather than overhead, so that people can comfortably use them. The bridges in their current form are too long, and that discourages people from using them,” he said.

While pedestrians abandon footbridges with flimsy excuses, figures by the NRSA and the MTTD show that road crashes are still on the ascendancy.

For instance, data from the MTTD shows that 2,080 commuters died in road crashes between January and October 2020, compared with 1,910 deaths for the same period last year, indicating an increase of 8.9 per cent.

The MTTD figures further showed that the number of commuters injured this year increased by 4.8 per cent to 12,380 as against 11,814 last year.

Also, the NRSA figures indicate that between January and September 2020, out of the 10,933 injuries and 1,828 deaths that occurred in road crashes, 508 of the deaths and 1,377 injuries were through pedestrian knockdowns.

What this means is that if steps are taken to ensure that people use footbridges, pedestrian knockdowns will reduce and invariably reflect in the reduction of road crashes and fatalities. 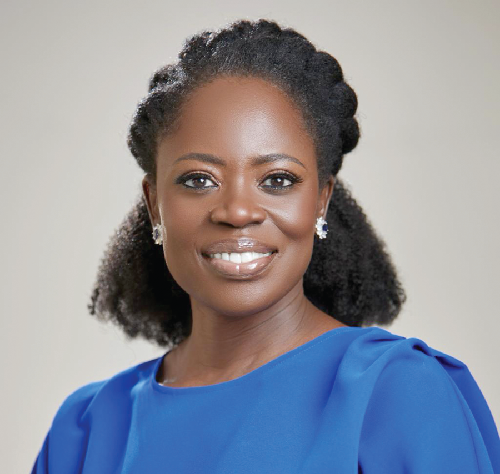 Section 154(3) of the Road Traffic Regulations, 2012 (L.I 2180) states: “A pedestrian who fails to use a footbridge or an underpass where one is provided, commits an offence.”

Section 154(10) of L.I 2180 also states: “A person who contravenes this regulation commits an offence and is liable on summary conviction to a fine of not more than five penalty units or to a term of imprisonment of not more than seven days or to both.”

Although these regulations exist, the law has not been enforced over the years, creating room for recalcitrant pedestrians to abandon footbridges and put their lives and those of other road users on the line.

When the Director-General of the NRSA, Mrs May Obiri-Yeboah, was contacted, she said the authority had done a lot of road safety sensitisation and expected a positive change from road users.

“We have come a long way, because the law has been there for eight years now and we have no excuse not to enforce it. Going forward, the law will be strictly enforced; we can even take people to court and if they are found guilty, the courts can make them do community work so that they will learn a lesson,” she added.

However, she said the inadequate number of police personnel had been a major challenge to the enforcement drive.

Mrs Obiri-Yeboah added that the NRSA was anticipating the passage of a new law (L.I 993), which was currently before Parliament, to empower the authority to give accreditation to engage traffic wardens to assist the police with the enforcement.

“There are a number of Non-Governmental Organisations (NGOs) who want to assist the police with road traffic management, but we need to give them accreditation so that they can operate. We have taken the L.I to Parliament so that when it is passed, it will give us power to accredit such entities to work with the police,” she added. 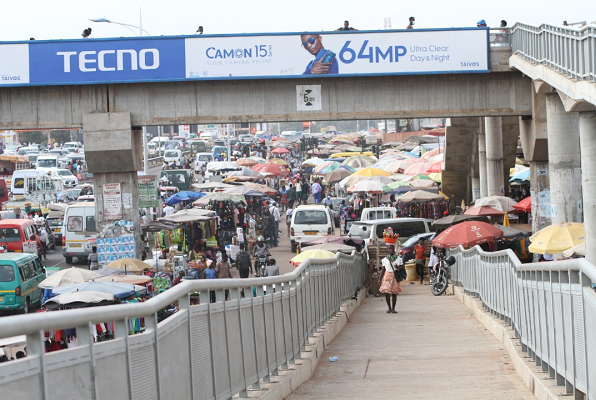 While there is the need to enforce L.I 2180 to ensure that pedestrians use footbridges religxiously, it is equally important for more public education and sensitisation on the dangers of abandoning footbridges.

All stakeholders, including local actors such as assembly members, traditional rulers and faith-based organisations (FBOs), should use the platforms they have to educate members of the public on the importance of footbridges.