Fighting malaria in the midst of COVID-19 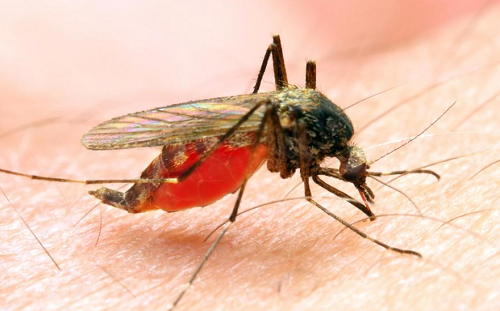 There is no doubt that the COVID-19 pandemic has disrupted many things around the world, with the healthcare system, being the worse hit. This is owning to the dangers associated with the disease and its scale of mortalities.

Several thousands of people have been killed by the disease following its outbreak in the late 2019. Although the disease is still been battled by the world leaders, Africa and for that matter, Ghana, is still grappling under its mercy. Africa’s situation is even more troubling since the continent is also dealing, beside the COVID-19, with other killer diseases such as malaria, HIV/AIDS, Tuberculosis and Ebola.

Malaria, in particular, is of great threat to the continent’s healthcare system considering the mortalities recorded from the disease each year on the continent. But unlike the developed world where they have eliminated malaria, Ghana and many other Sub-Saharan nations in Africa are still struggling to eliminate malaria from their countries. This means that many countries in the sub-region are fighting two great battles at the same time—the battle of COVID-19 and that of malaria.

Malaria remains a major health burden worldwide. In 2018, for instance, an estimated 228 million malaria cases and 405,000 deaths occurred globally, with sub-Saharan Africa being the worse hit.

Malaria is a life-threatening disease caused by parasites that are transmitted to people through the bites of infected female mosquitoes. Statistics available indicates that about 3.2 billion people, almost half of the world’s population, are at risk of malaria. Young children and pregnant women are particularly vulnerable to the disease when they become infected.

Even though malaria is preventable and treatable, late reporting of cases at health facilities for proper diagnostics and treatment could lead to death in many instances.

It is undoubtable that the malaria burden is highest in low-income countries where there is little capacity to fund control and elimination programmes. This implies that the fight against malaria is likely to be impacted negatively by the COVID-19 pandemic, which is diverting attention of all resources—human capital and logistical materials.

It is important to note that the disruption of economic activities particularly by infectious diseases oftentimes contribute to increase in other diseases as all efforts are put towards ending that particular infectious disease. For instance, when Ebola broke out in West Africa in 2017, the affected nations, including Liberia and Sierra Leone recorded surge in malaria mortalities. The reason for the increase in malaria cases in the mentioned countries during the breakout of the Ebola in West Africa are not far-fetched.

During the Ebola, many health workers died, healthcare facilities were overwhelmed and also, many healthcare workers were afraid of contracting the virus from the patients. The fear factor, in particular, will prevent these healthcare workers from embarking on routine exercises such as visiting communities to educate them about malaria prevention and elimination as well as treating those with the disease.

The sad reality is that these factors which were present and caused resurgence of malaria cases during the Ebola period are the same today during this COVID-19 period. With COVID-19, many healthcare workers are scared of getting the disease due to lack of protective gears. The government is also making all efforts to use its meagre resources to purchase COVID-19 vaccines. These monies will all affect the budget intended for malaria prevention and elimination efforts. What it means is that the COVID-19 pandemic will disrupt the distribution of insecticide-treated bednets (ITNs), potentially resulting in increased malaria transmission.

The effects of the pandemic on the fight against malaria and other infectious diseases could be disastrous and could reverse progress made over the years. For instance, malaria healthcare workers are frequently reassigned from malaria intervention programmes to support COVID-19 response efforts and are themselves at high risk of COVID-19. Again, malaria testing and treatment are also disturbed due to the risks faced by health workers who provide health care services during the pandemic.