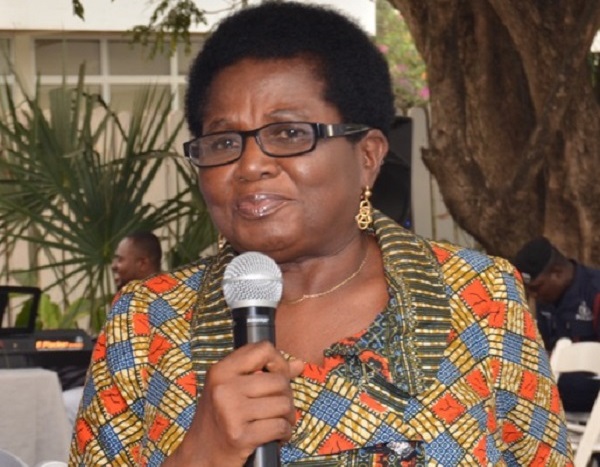 We have a crisis on our hands. If you start thinking of all the problems this coronavirus has thrown up, you might go mad. I am, therefore, limiting myself to little things that we can do something about.

And it is from the perspective that it would be tragic and unforgivable if we do not take advantage of this crisis to correct some of the age-old problems that have always been part of our lives.

Top of my list would be the state of markets in this country. The chaos and overcrowding that characterise the markets is an obvious problem, especially in the COVID-19 period; but there are places in the world with bigger and denser population and they have been able to thin out attendance in their markets.

The entire setup in our markets is problematic. It is an eyesore, it is filthy, it is dangerous and does not befit 2020 Ghana. Nothing being offered for sale should be displayed on the ground or on the floor. It is not enough to spread a piece of cloth or plastic on the ground and put goods on it for sale.

There are many markets without toilets. That would have to change. Those markets without toilets should not be reopened for business until toilets have been built. It is unacceptable that the same rickety shacks that were used a hundred years ago as market stalls should continue to be used. Now we know that buildings can be constructed in weeks, instead of years; the Ghana COVID-19 Private Sector Fund people have shown us it can be done.

The opportunity should be seized to transform the markets to become fit for purpose. It is not often that such opportunities come our way. No one would have believed it two months ago that a President of Ghana could send an Attorney-General to Parliament to seek permission to restrict our movements so drastically; yet it has happened.

The law says all markets should be closed by 6 p.m. and cleaned, washed and locked up. Nobody is supposed to spend the night inside a market and yet this law is regularly disobeyed.

There are too many cases of new markets being built and traders refusing to move into them.

The coronavirus crisis has presented us with the perfect opportunity to do something about markets in this country. It would be tragic to let this opportunity go to waste.

The markets are likely to become the most dangerous grounds for the virus to be passed on and if we want to contain the infection, we have to tackle the markets. I have heard it said during this crisis that health and hunger are prioritised differently by different segments of society.

The markets provide the meeting ground for the two segments of society. Let us concentrate on improving our markets and some good might yet come out of this crisis.

As for this problem, it was not of our making. It is such a relief that for the first time, there is a pandemic and nobody is suggesting that this is an African disease; at least, not yet.

I remember back in the early 1980s when I lived in the United Kingdom and HIV/AIDS burst upon the world. It first emerged among the gay community in California and indeed, in the beginning, it was referred to, not just in the tabloids but generally, as the gay disease.

The groups said to be at the most risk of contracting HIV/AIDS were homosexual males, intravenous drug users and then Haitians were added. Heterosexuals entered the at-risk group when it emerged that a lot of haemophiliacs had started dying of HIV/AIDS and it took a while for the experts to work out that they had been given blood from people who had HIV.

Then it was declared a pandemic. Articles in newspapers appeared saying HIV/AIDS had not yet hit Africa, but it would get there.

Then the virus was said to have crossed over from animals, most likely chimpanzees in equatorial west Africa; and Zaire, as it then was called, present-day DRC, was cited as the place. Suddenly, well, maybe it wasn’t sudden, it just seemed so to me, but HIV/AIDS became an African disease, and the rest, as the saying goes, is history.

Needless to say, HIV spawned its own conspiracy theories about the origins of the disease, including those who believe it came from a laboratory and an experiment that went wrong, or a deliberate plan to exterminate Africans.

So, I have been watching keenly the progress of the current pandemic. I fear that if African nations do not tackle COVID-19 and make sure that it does not take root here in our countries, the narrative will change before our very eyes and this too will become an African disease.

All the ingredients are available for such a transition. Everybody is desperate to find a culprit to hang for something that has brought the world to its knees. Africa is an inviting suspect.

If there are some out there who still doubt that we are in extraordinary times, I cite three things that had never happened before in this world but have now happened thanks to COVID-19.

Easter has been celebrated with empty churches.

The two mosques in Mecca and Medina have been closed to communal prayers and the Ramadan fast is starting on Thursday, April 23.

Last Monday evening, oil producers were offering to pay would-be buyers to take oil off their hands. Within hours, the price of US oil went from $18 to -$37.

There is no historical antecedent to guide anyone on what to do. All the experts that have been filling the airwaves and all the writers that fill the columns of the newspapers and all the electronic space are all making it up as they go along. Yes, including Yours Truly.

There are a lot of damaged people out there, fortunes have been lost, businesses that took years to build have disappeared and millions of people have lost their jobs. People are desperate to find a culprit.

It is critical that we do all we can to make sure that the COVID-19 cases do not rise exponentially in Africa. It was difficult to argue about the HIV coming from Africa when once it arrived on our continent, we became the epicentre of the disease. We can’t be blamed if we don’t have many cases.