Does western democracy have universal application? 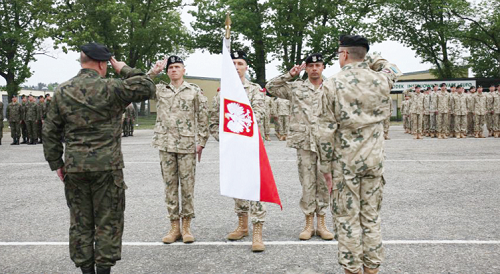 They went there with their state of the art advanced technology in modern warfare ostensibly to train the Afghan soldier to be able to defend his country and help prop up the democratic tenets, comprised of universal adult suffrage, equal rights for both men and women, free access to education for all, secular constitutional Western styled government after they have left the beleaguered country.

To some extent they seemed to have succeeded. They kept the blood tasty marauding Taliban soldiers blindfolded with extreme Islamic ideology at bay for twenty years.

Former President Ahmed Kazai enjoyed security of tenure as President of Afghanistan and a semblance of legitimacy for eight years under the shield and protection of Western superior fire power.

However, in the eyes of the Taliban, the Ahmed Kazai and the President Gani government after Kazai, were puppets of the West.

The ultra conservative traditional Afghan society abhors the West to the core. They see the liaise-sez-fair attitude of the West as decadent, immoral and unislamic.

To the Taliban the Western presence in their country, preaching equal women right to education, western styled, Jeans dressed Afghan women were an affront to their tradition and a bad influence on their citizens.

The free alcohol consuming lifestyle in consonance with the Western liaise-fair attitude to life was an anathema to their societal norms based on conservatism laced with extreme Islamic practices, the heavy inflow of foreign exchange and equipments their presence brought to their country notwithstanding.

Throughout the 20 years of sacrifice in terms of human lives and investment the Taliban had, at the various meetings with the West, where America and her allies had solicited assurance from the Talibans not to make Afghanistan a haven for terrorists in exchange for investments and technological cooperation, the number one condition of the Taliban had always been for the West to leave Afghanistan.

No country in the world has ever wanted foreign domination in any form.

Osagyefo Dr Kwame Nkrumah in the struggle for political independence for Ghana, then Gold Coast, proclaimed “We prefer self-government with all its dangers to servitude in tranquillity”.

Even at the height of the Western military presence in Kabul, the Afghan capital, the Taliban were in full control of the hinterland. That demonstrates their total acceptance to the conservative Afghan at the rural level, and if you look at the speed and ease with which the Taliban soldiers marched to Kabul totally unimpeded by a protesting crowd, but rather at their applause, and even with American trained Afghan soldiers throwing away their uniforms and joining their ranks, it should tell any discerning mind how the ordinary Afghan hates the Western presence and their supposed civilising mission.

In essence the definition is, “give the people the government they want and let the people be in control of their own destiny”. It means democracy cannot have one variant, the Western style democracy, which should be forced down the throat of everybody at all cost.

Every country deserves the government it has. That is the more reason the West misconstrued Muammar Ghadafi and Saddam Hussein and ended up destroying Libya and Iraq.

Prime Minister Mahathir of Malaysia during his first tenure as Prime Minister of Malaysia defied the West and had an uninterrupted rule for 20 years, succeeding in lifting his country from abject poverty to one of the most prosperous nations in Asia. Similarly the Chinese under Xi Jinping are happy with their own brand of government, they describe as democratic, under which Xi Jinping has been declared president for life.

Their system has failed them, looking at the tremendous technological advances they have achieved in so short a time.

Neither do I think President Putin’s “musical chairs” style of democracy, by which he changed positions with his vice for four years in his final day in office, and thus legalising his continued stay in power, has failed there too.