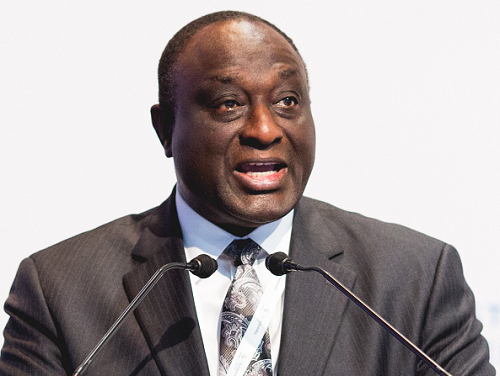 These countries were categorised into two zones namely: the West African Economic and Monetary Union (WAEMU), formed as an African colony of France during the colonial era; and the West African Monetary Zone (WAMZ).

Comparatively, the WAEMU uses the CFA, as a common currency, and the WAMZ uses their sovereign currencies.

Additionally, the WAEMU intra-trade averages 13.7 per cent above the overall average for the ECOWAS, although the WAMZ is the economic hub of the sub-region.  Therefore, the use of sovereign currencies by countries in the WAMZ could be a barrier to trade.

Despite the rattling effort of ECOWAS, the level of trade remained robust, below 12 per cent of total trade.  Studies have shown that the sub-region is plagued with multitudinous barriers that inhibit the consolidated gains from intra-regional trade.  Even though some artificial barriers serve as revenue streams, these barriers adversely affect the level of employment since it reduces the level of savings in real terms, diverts trade flows to countries with relatively minimal barriers by affecting price and increases the time taken to trade, therefore reducing the level of trade.

In this background, the ECOWAS deems it fit to strengthen ties to improve the living standard through trade stimulation.

Contrarily, some studies oppose the formation of the currency union due to the prevalence of asymmetry shock without admitting the prowess of trade-in annulling shock and the adverse effect of sovereign currencies, and high demand for foreign currencies compounding to the existing asymmetric shock among members.

According to the UNCTAD database, the EAC and SADC trade averages at 19.1 per cent and 15.1 per cent compared to 9.0 per cent recorded by ECOWAS using averaged intra-trade data from 2000 to 2017.

Exchange rate volatility is presumed to have a small effect on trade flows due to country-specific analysis using a dataset measured in dollar equivalence, which reduces the marginal disparity of sovereign currencies.

Also, the non-convertibility of currencies shadowed the effect of sovereign currencies on trade.  Additionally, the use of foreign currency to undertake intra-regional trade has caused an economic discrepancy in the estimation of exchange rate volatility on trade.

In conclusion, sovereign currencies culminate in the high trade costs in the sub-region compared to other trading blocs.  As a result, the prevalence of conspicuous external shocks makes currencies more volatile and weakens investor confidence.

To improve on the currency performance of sovereign currencies, there is an exigency to practise macroeconomic restrain by attaining the macroeconomic convergence criteria.

The writer holds an MPhil in Economics,