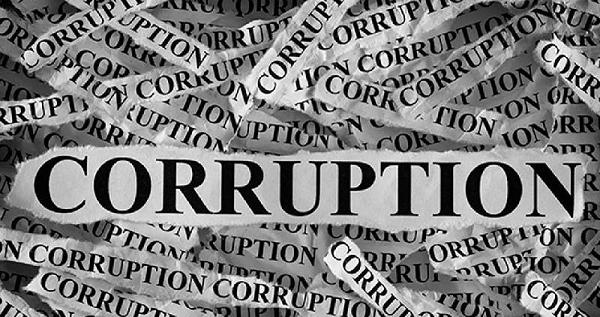 Educating students to eschew corrupt practices is a long process that calls for action (practice) that enables them to become accustomed to living upright lives.

Creating a culture of anti-corruption in schools demands the establishment of new ways of performing activities. It implies actions that seed the universally acceptable values of honesty, hard work, bravery, respect, tolerance, responsibility, fairness, compassion and justice in all activities. These actions must transcend schools to policies and procedures in governmental and non-governmental organisations across the country.

According to Hofstede, culture is the collective programming of the mind that distinguishes the members of one group or a category of people from others.

Collective programming of the mind simply means orienting people to think, feel and behave in a way that meets the acceptable norm.

Schein posits that culture is a pattern of shared basic assumptions learned by a group of people in a bid to externally adapt and internally integrate. According to Schein, these assumptions, validated by results, are then taught to new members as the norms of problem solving and decision making.

Based on these definitions, one can conclude that culture is a way of life of a group of people – taught, learned and shared by the people through enculturation.

It serves as a normative glue that binds people together and creates an environment (climate) that enables people to understand each other and act in socially acceptable ways. In such an environment, students automatically learn to be sensitive to one another’s needs; they learn to work towards a common goal for the good of all, activate their moral value systems and police one another’s lives through peer pressure.

As culture is created by imperfect people in a changing environment with changing needs, there is a need to alter obsolete and dysfunctional practices that result in corrupt practices.

Ghana has a strong national culture that scores high in power distance on Hofstede’s culture scale, which makes structures, titles, age and wisdom positively related, giving rise to respect for authority/hierarchy. Although these aspects of the culture are good to a large extent, they tend to make the Ghanaian culture a double-edged sword that inhibits children from being assertive. It creates an environment within which students grow to become timid adults who lack the boldness to speak out when their rights are trampled on because their minds are not programmed to act accordingly. Consequently, they grow to become passive citizens who discuss deviant behaviour behind closed doors without the confidence to confront and address them for societal progress.

When the school environment eschews time elasticity (African time), emphasises good interpersonal relations and respects all regardless of status, age, gender, ethnicity, etc., trust and loyalty are imbued in students. Also, the promotion of a sense of commitment and pride in hard work fosters dignity in service. Moreover, the school culture should encourage students to take responsibility for their actions and inaction to foster a balanced locus of control in them, so they would have the ability to eschew the blame game. In so doing, they would be nurtured into becoming selfless and industrious individuals who have the tendency of becoming economically independent entrepreneurs. These examples are not exhaustive; the school can do more to create an environment that promotes anti-corruption behaviour in students for a better tomorrow.

Assertiveness is based on the ethical notion that it is wrong to violate our own or others’ human rights, such as the right to be treated with dignity and respect.

This can happen when students are helped to develop a positive self-concept, self-esteem and self-efficacy. When students are taught to monitor their own actions and have the right locus of control, they can build confidence to voice out their values effectively as well as develop self-efficacy. A story is told of a father who told his daughter every morning that she was very beautiful. After years of hearing this compliment from her father, she grew up into a poised and confident lady.

A young man who approached her to express interest in her said to her, “you are very beautiful”. She responded by saying: “Yes. I am very much aware of that because my father has told me thousand-and-one times since my childhood. Anything else?” Her response deflated the man’s zeal to have fun with yet another young woman on campus.

“I am not being rude but just asserting that my parents have already told me a thousand times that I’m very pretty,” she added.

Rudeness, on the other hand, is acting in an impolite, insulting, cheeky way towards other people. There is a thin line between assertiveness and rudeness that one must be mindful of. Students must learn to voice out their values by being assertive but with respect.

Any attempt to teach students anti-corruption behaviour without creating the right environment where students can see, feel and practise is a nonstarter.

The writer is a lecturer at the Ashesi University.