Coup in Guinea: 3rd Francophone country in a row - is there an end in sight? 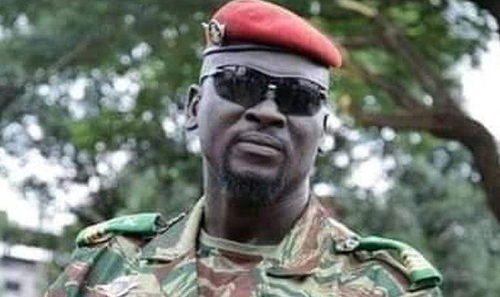 Lieutenant-Col. Mamadi Doumbouya, Leader of the coup in Guinea

The swift and evolving events in Guinea-Conakry in recent days have cast a shadow of dismay and apprehension in some ECOWAS capitals.

Before the announcement of the toppling of the government of Alpha Conde, a third ECOWAS nation falling prey to a coup was only a matter of 'when' and not 'if'. The writing on the wall was even clearer than the graffiti scrawled on some major walls in the capital.

How did we get here?

Guinea-Conakry has arguably been an orphaned country in a region with many godfathers. Allegations of neglect, corruption, mismanagement and lack of proper inclusion have plagued Guinea for years.

When the French colonial master left Guinea it did so in anger, destroying a lot of the developmental infrastructure that would have otherwise propped up a nascent independent African state, and the decades that ensued did not create a system with the viability of a modern West African state to resist political insurrection.

The deprivation that trailed an acrimonious French exit arguably made Guinea's institutions of state fail to create an equitable society with opportunities for all to thrive. The yawning gap between the rich and the poor continued to widen just like in most African countries. When things got to a head, the military struck.

For observers of the struggles of post-independence West African nations, Ghana is seen as a twin sister of Guinea and rightly so, considering the enormous support Ghana gave Guinea when it was reeling from abandonment by its colonial master after independence.

Dr Kwame Nkrumah lived there after he was himself a victim of a coup, served as Prime Minister there and named one of his sons Sekou because of the binding ties between him and President Sékou Touré.

President Alpha Conde amended his country's constitution, scrapping the two-term limit in order to run for president for a third-term. His decision was met with widespread protests leading to deaths and putting the country on the brink of instability.

The protesters in the end only had their say but President Conde had his way. His political party, Rally of the Guinean People (RPG), at the time defiantly announced that: "President Alpha Conde will indeed be our candidate in the presidential election."

Run for a third term he did, and he won the election by 59.5 per cent of the votes cast. Post-election violence cost the lives of around 30 people according to Guinean media.

It is still a conundrum how ageing leaders in the sub-region resist relinquishing power at a time the youth are calling for fresh ideas.

Are coups new frenzy, zeitgeist in the sub-region?

Mali, Guinea Bissau and now Guinea Conakry have had their share of coups. Is Guinea Conakry the last or there will be a fourth? The domino effects of insurrection are not lost on leaders in the ECOWAS sub-region.

There are fears the youth and military in other nations could be inspired by current events to follow suit. Such a proposition is not far from reality.

Even though the nations most plagued by coups in recent times have been Francophone West African nations, the underlying issues of youth unemployment, lack of opportunities for all, marginalisation of certain ethnic and minority groups etc. are also inherent in Anglophone countries, so Nigeria, Ghana, Sierra Leone, The Gambia and Liberia should take a cue and put their act together before the wind of coup takes them by surprise.

Some leaders in West Africa take solace in the fact that it is virtually impossible for coup plotters to capture all media outlets to announce the toppling of a government. Whether in Ghana, Nigeria or other ECOWAS nations, coups were largely announced on a state television because of the monopoly enjoyed by a state broadcaster some decades ago.

Now that there is new and digital media with so many outlets, some leaders still live in the past thinking that all outlets have to be under the heavy burden of gunmen before a president is deposed, a Parliament is dissolved and a constitution is suspended.

Clear examples of recent coups thrash such notions and when one announcement goes off, duplicity or multiplicity of state broadcast outlets cannot save deposed governments.

What should ECOWAS do next?

Just like its response to the coups in Mali and Guinea Bissau, the Economic Community of West African States is expected to summon an extra-ordinary session of ECOWAS leaders to announce a raft of measures, including the suspension of Guinea's membership to the regional body, until the military junta hands over power to a civilian government.

It is said that coming events cast their shadows. Why does ECOWAS serve only as a fire-fighting regional body reacting to events only after the fact without mechanisms to prevent them?

No doubt, Cote d’Ivoire is a disaster waiting to explode. President Alhassan Outarra also amended the constitution to run for a third-term. What happens after he has exhausted this third term?

In closing, to stem the tide of coups in the sub-region, the ECOWAS Charter needs to undergo reform to put the regional group ahead of the curve. The principle of non-interference in the internal affairs of member states should be reviewed to strengthen African peer review and early warning mechanisms to prevent coups before they happen. Indeed, 'coming events always cast their shadows...'