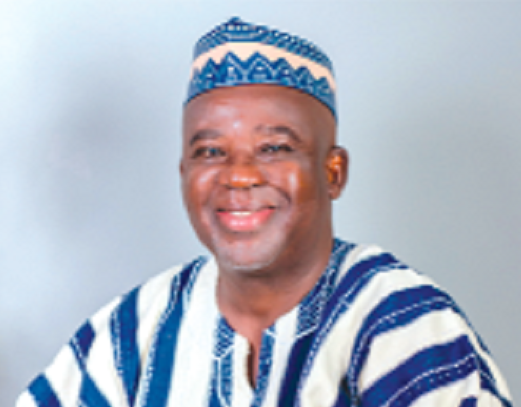 The Office of the Special Prosecutor (OSP) in the latter part of 2020, conducted what it described as a Corruption Risk Assessment (CRA) on the Agyapa Royalties deal.

This would have been the first time a CRA was operationalised by a law enforcement agency in Ghana.

The outcome of that exercise generated a lot of furore about whether it was indeed a Risk Assessment for corruption, (refer to Section 2 C of the OSP Act, 959 (2017) or an investigation of suspected corruption (Section 2A).

The two subsections are complementary, but are they interchangeable?

That is debatable, but the two subsections would require different methodologies in their application.

The conduct of the Agyapa case by the OSP came up forcefully during the recent vetting of the Attorney General designate, Mr Godfried Dame, and will likely remain topical in the foreseeable future.

Corruption Risk Assessment (CRA) is part of the tested approaches of law enforcement, prevention through system reforms and public mobilisation to combat corruption.

It may be defined as a process of identifying system weakness leading to corruption and the effect of such corruption on a public organisation; it is also to outline the action required, to avoid or mitigate the consequences.

It is a diagnostic tool, which focuses on the potential for, rather than the perception, existence or extent of corruption, it aids at designing proactive organisational planning to prevent the occurrence of corruption.

CRA is also employed to test allegations of corruption when they are reported, to determine whether full-scale investigation is warranted or not.

The CRA is not a quick fix. It involves several stages in its application. These include the following:

preparation (inception meeting with the organisation where the CRA is to be conducted); risk identification; risk assessment; developing a risk scorecard; risk prioritisation; creating a risk catalog;  exit interview related to the findings of the CRA and public sensitisation on the its outcomes.

ECOWAS has championed the operationalisation of the CRA among its member states in its good governance planning and programmes.

Nigeria is a pacesetter in the implementation of CRA in the sub region, deploying it first  in 2011 with the assistance of the United Nations Development Programme (UNDP) Virtual School in Bogota, Columbia, which trained its first set of Corruption Risk Assessors.

Since then, several persons have received training at the Anti-Corruption Academy of Nigeria (ACAN) and certified as Corruption Risk Assessors, courtesy of UNDP and

They have since applied their knowledge in many sub sectors of Nigeria public service.

ACAN is the research and training arm of the Independent Corrupt Practices and Other Related Offences Commission (ICPC) of Nigeria.

Its establishment marked the high point of the ICPC’s determination to fulfil its enlightenment and education functions in a systematic and sustainable way, to achieve long-term impact, in Nigeria’s war against corruption.

The academy is designed to provide training for public officers and other stakeholders on matters relating to good governance, accountability, transparency, integrity, ethics and all issues relating to anti-corruption and corrupt practices.

The academy also engages the public sector to build capacity of individual agencies and sectors to tackle corruption within their respective systems.

The objective of the training on CRA by ACAN held in Abuja in December 2018 was to develop the capacity of participants from the sub region to understand and apply CRA methodology to prevent corruption in their respective countries.

A CRA, which was conducted on the Nigerian Ports Sector, was used during the training as a practical demonstration of best practice in the application of CRA.

Before the CRA of the Nigerian Ports, clearance of goods required about one hundred and forty (140) signatories before a cargo could be cleared at the ports. After the CRA, the risk assessors and the port authorities mutually agreed to reduce the number of signatories to no more than ten (10). The outcome of the CRA increased efficiency and reduced human interactions and consequently the opportunity for corruption. This was done without disturbing the legal framework establishing the organisation.

Ghana has also expressed interest in signing on to the CRA regime to improve on anti-corruption within its jurisdiction.

The Head of Democracy and Good Governance, Political Affairs Directorate at the Ecowas Commission, proposed partnering the Economic and Organised Crime Office (EOCO) to conduct a CRA on Public Procurement in Ghana in 2020.

This however did not materialise because of the COVID-19 pandemic.

It is hoped that the CRA regime would be initiated into the Ghanaian polity soon.

To enhance the drive of anti-corruption in the country, Ghana can also emulate the lead taken by Nigeria in establishing an Anti-Corruption Academy to promote training for public officers and other stakeholders in that wise.

The Economic  and Organised Crime Office (EOCO) has started establishing a training academy and has acquired land in Nsutem in the Eastern Region for that.

This laudable initiative needs to be supported to be fulfilled as soon as practicable.

To conclude, the CRA is a preventive anti-corruption tool. It is employed to help develop systems to make them more robust to resist corruption.

The CRA is not designed to invoke criminal responsibility, but to help management of public organisations take specific actions/steps to resist corruption.

The writer is a former Deputy Executive Director of EOCO,