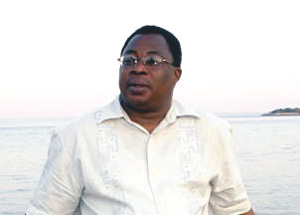 In rebutting the verbal attacks launched on Justice Atuguba and the Supreme Court by detractors criticizing them for infringing on freedom of expression, I have said that their vitriol is misplaced.

I have also drawn their attention to the fact that the Supreme Court won’t sit down unconcerned for them to hijack the NPP petition before it for trial at the bar of public opinion. It is only by enforcing the contempt of court injunction/prohibition that the Court can discipline public discourse and attitude toward the issue.

In the case involving the REPUBLIC versus LIBERTY PRESS LTD. AND OTHERS [1968] GLR 123–138, Chief Justice Edward Akufo-Addo, on the instruction of Attorney-General Victor Owusu, had this to say:

“It must be appreciated by the press and all other freedom-lovers that without a judiciary strong, courageous and respected that can effectively protect the freedom which we all love so much, all talk about freedom, whether it be in the lecture room or at Bukom Square, remains no more than a mere metaphysical speculation, and the courts are entitled to look upon men such as are before me today to help them in the acquisition of the requisite strength, courage and respect.

“One of the surest ways of doing so is to refrain from commenting on proceedings which are pending in the courts. For these constitute some of the most fruitful fields of contempt. There is however no law which prohibits absolutely any such comments, but there is law which punishes if the limits set by law are transgressed, as indeed they have been transgressed in this case.

“I have stated that the courts are not above criticism but the courts will not allow themselves to be subjected to pressures emanating from irresponsible and romantic criticisms.”

Self-explanatory reason for anyone not to discount or discredit the contempt of court injunction? This loud and clear message came from one of the accomplished legal brains of the “Mate Me Ho” camp whose son is today fighting himself lame, trying to become Ghana’s President through the backdoor, using the dark chambers of the Supreme Court and not the polling booths or ballot papers! And it is his political camp (the NPP) that is flexing muscles to confront the Supreme Court in the performance of its legitimate function in the enforcement of the contempt of court clause!!

I see nothing wrong with how the Court has begun dealing with errant public commentators and will encourage Justice Atuguba and his team not to relent until they stamp their full control over the matter so everything is taken through the judicial process for determination and conclusion. Those making unguarded public comments on the case being heard by the Supreme Court can chafe all they want for being noticed and slated for “trial” and consequent punishment. Their supporters can do same, but the Supreme Court is right in doing what it has taken upon itself to do.

Unrestrained public comment on the petition being heard—and the ongoing personal attacks on Justice Atuguba and the Court—is more dangerous than the actions being taken by the Supreme Court to instill discipline in public discourse about the petition and the Court’s own work. Obviously, the fact that public discourse continues to be poisoned by the bitter rivalry between the NDC and the NPP—which has invariably been extended to include scathing attacks on the Supreme Court itself—suggests that the situation is getting out of hand and only drastic action can reverse the trend. That drastic action lies in the enforcement of the contempt of court clause by the Supreme Court; hence, its dealing with the Sammy Awuku and those now to face it on Tuesday. Anybody else who comes across as flouting the contempt of court prohibition must be quickly identified and summoned. Let’s see who will be bold enough to pooh-pooh the Court!

We have noticed so far that those wrongly perceiving the Supreme Court’s move as “dictatorial”—with particular emphasis on Justice Atuguba as their bugbear—are mostly in the camp of the NPP. They have risen up in defence of Awuku and Ken Kuranchie (Editor of the Searchlight newspaper) while turning a blind eye to the two NDC operatives (John Atubiga and Kwaku Boahen) as if they don’t matter. This is their problem. What is bad for Awuku and Kuranchie about the Supreme Court’s move that isn’t so for Atubiga and Boahen to warrant any show of sympathy for them from these NPP people? Your guess is as good as mine. Political rivalry is at the core. If it has to do with the fate of their political opponents, Godspeed for them to damnation; but if the tide turns against their own interests, then, all hell should break loose!!

Interestingly, the most loquacious critics of the Supreme Court’s moves are from the NPP camp. They have mounted the most strident criticisms and persistently isolated Justice Atuguba for contemning. They are doing so because it is part of the grand agenda of undermining the integrity of the Supreme Court, particularly, Justice Atuguba, who is the President of the 9-member panel hearing the NPP’s petition.

The purpose they want to achieve is simple: to create doubts in the minds of the NPP followers regarding the atmosphere and trends about the hearing of their petition so that when the verdict goes against them, they will move their agitations a notch higher to notoriety. They are preparing the minds of their followers to reject such a verdict solely on the basis of “bias” against the NPP by Justice Atuguba.

We have identified several instances of personal attacks on Justice Atuguba to confirm this sinister campaign by the NPP camp. Apart from their initial recrimination against him when the panel was first constituted to hear their case, they have given clear indications of their particular discomfiture that Justice Atuguba is at the helm of affairs. They are unhappy at his dealings with their counsel, Philip Addison, even when it is clear that Justice Atuguba hasn’t acted ultra vires!!

Two main perspectives from which they have prosecuted their anti-Atuguba agenda are clear: on the basis of ethnicity (that his being a Northerner automatically means that he has an attachment to President Mahama (also a Northerner) and family ties (to Dr. Raymond Atuguba, Executive Secretary of President Mahama) as well as political persuasion (by wrongly associating Justice Atuguba with the NDC). Thus, anything they can do to tarnish his image and portray him as “partial” will be snatched at and used with an unprecedented alacrity. That is why Justice Atuguba is on their lips for the wrong reason!

They have chosen him for particular vengeance because they want to “break him down” so he will toe their line. It seems the going is tough for them and nothing but this arm-twisting tactics through hot-headed rhetoric can help them achieve their objective. But that is fast becoming their undoing.

Although Justice Atuguba may be heard intervening at some moments during proceedings at court or stamping the authority of the court on the ebb and flow of goings-on, he is not acting unilaterally for anybody to pinpoint him as a tyrant. He confers with his fellow panel members on contentious issues and announces the court’s stance, especially when a ruling is to be given on any objection raised by the different legal teams.

Thus, his voice is pronounced and his stature prominent, which his detractors are quick to mistake as the voice of tyranny. I doubt whether they really are being honest to themselves. If they are, they should be the first to admit that what they quickly misconstrue as dictatorship on the part of Justice Atuguba is a collective stance of the panel of judges hearing the case. It is their collective decision to crack the whip on errant public commentators letting their tongues loose in the mistaken belief that they have unlimited freedom of speech to enjoy.

Unfortunately for such people, that exercise of freedom of speech is constrained by the very legal parameters within which the Supreme Court (or any other court of competent jurisdiction) functions. Those vainly deriding Justice Atuguba and the panel of judges for enforcing the contempt of court injunction don’t really know what they are talking about.

In this particular case concerning Sammy Awuku and the others summonsed to appear before the Supreme Court on Tuesday, there is a clear abuse of that freedom of speech insofar as their pronouncements infringe the provision on contempt of court.

I support the Supreme Court to the full and will advise those wasting their time and energy criticizing it to turn their attention elsewhere. Unless they are intentionally doing so in concert with the political forces seeking to force a river to flow upstream, they will listen to reason.

No matter their antics or rabble rousing against the Supreme Court and Justice Atuguba, nothing will change. Nobody’s back will be bent by their agitations. Unless the Supreme Court exercises its powers to curb unwarranted public comments on the petition and how it is handling matters, the situation will deteriorate. The Supreme Court shouldn’t be anybody’s plaything to be toyed with or manipulated anyhow to serve parochial political interests.

Those criticizing it for doing its legitimate work are wasting their breath. Those petitioning the Chief Justice to “call the Court to order” should be told that she can’t do anything to place the Court at their beck and call. Lawless ness must not be encouraged. They either learn to respect the law or be dealt with according to the law!!


By Dr. Michael J.K. Bokor
Sunday, June 30, 2013
E-mail: This email address is being protected from spambots. You need JavaScript enabled to view it.
Join me on Facebook at: http://www.facebook.com/mjkbokor