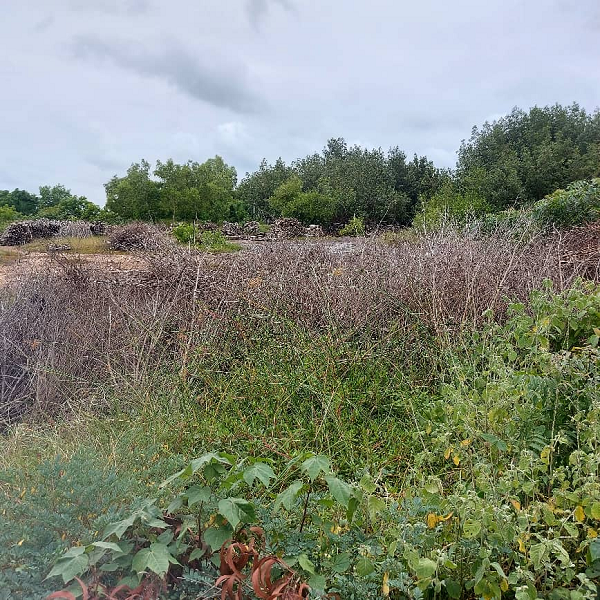 Ankobra evokes the name of a popular river in the Western Region of Ghana. But Ankobra is also the name of a community in the same district where the river lies —the Ellembelle District. In fact, the community sits right on the banks of this popular river. Residents of this community are mainly farmers and fisherfolks.

Their proximity to the river has a lot to do with what they do. Aside from the farming and fishing however, there are also firewood harvesters. They harvest the firewood to sell to the fish processors in the community and adjourning coastal communities. The firewood is harvested from the mangrove forest that surrounds the community.

Mangroves harvesting and selling is one of the major occupations of the men in this area—it is a lucrative business—for it fetches them good money. Opanying Kweku Dua is one of the key mangrove harvesters in the community. He has been harvesting mangrove for more than two decades and does not waste any time to tell people about his unmatched experience in the business. 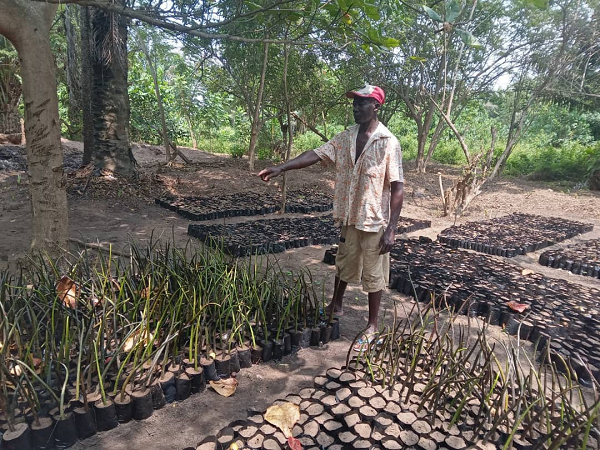 Just like the Biblical Paul, Opanyin Kweku Dua knows where to go to get his mangroves even when everyone is running short. This is a job he has mastered over the years. To put it simply, he is a ‘Mangrove Paul’. No mangrove tree sees him and continues to live—he will cut you down for firewood. With his many years of experience in mangroves harvesting, Opanyin Kweku Dua did not anticipate that a time will come when the population of the mangroves will dwindle so drastically, and make it difficult for him to get his regular income from this carbon absorber tree.

In fact, he could not have fathomed this situation. He had expected the mangroves, the wild trees as he points out, to continue to be in abundance no matter how frequent one harvested them—for whatever uses. In his mind, God made them to thrive no matter what.

Opanyin Kweku Dua is now a worried man however. The mangroves which provided him a steady livelihood, is disappearing. His fear is that if nothing is done, a time will soon come when there will not be even a single mangrove to cut, his years of experience notwithstanding.

And just as Paul in the Bible turned from his incessant and deadly persecution of Christians to become a great preacher and evangelist of the Gospel, Opanyin Kweku Dua knows better, and he leads his Ankobra community in a desperate resolve to restore the degraded mangrove sites. 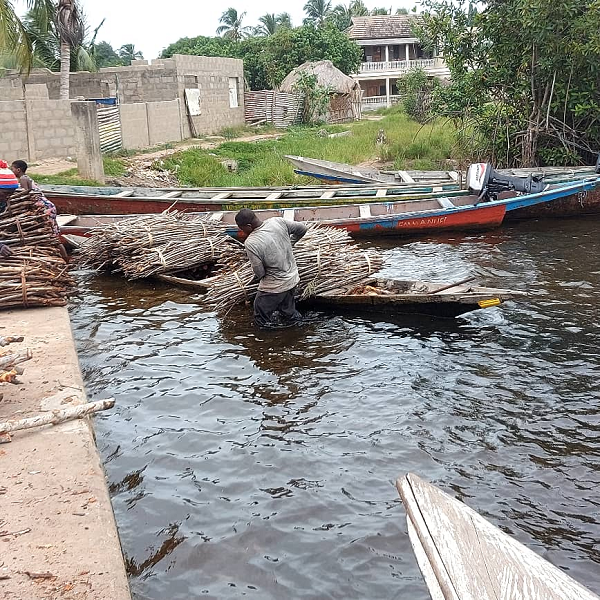 He and his colleagues now nurse mangroves for planting in the depleted areas. He says the fast depletion of the mangroves in the area bodes no good, certainly not for the present or the future, and the consequences on the livelihoods of the people in the community and by extension the entire nation could be dire.

Mangroves are important economic trees, providing many benefits to the people and the environment in the areas in which they are found.

They are a group of tropical trees or shrubs that grow in dense thickets or forests along tidal estuaries with exposed roots that serve as buffer between marine and terrestrial communities by protecting shorelines from rampaging winds, waves and floods.

Due to their importance, the International Day for the Conservation of the Mangrove Ecosystem has been celebrated since 2015 on every July 26 to raise awareness on the importance of mangrove ecosystems as a unique, special and vulnerable ecosystem and to promote solutions for their sustainable management, conservation and uses. 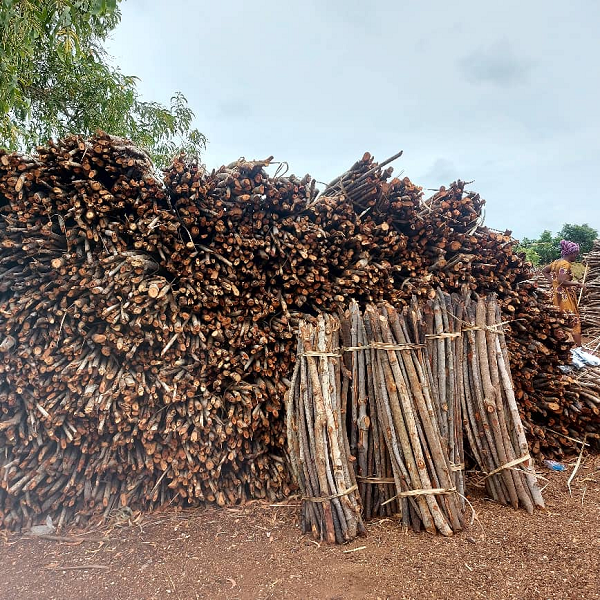 In spite of the enormous awareness raised on the need to conserve mangroves, many people, like Opanyin Kweku Dua, have engaged in activities that contribute to the fast destruction of mangroves.

Human activities such as tree felling, encroachment, pollution, bush burning, bad farming practices, unregulated use of agrochemicals, bad fishing practices and sand and stone winning, all contribute to the destruction of mangrove habitats.

In an interview with Graphic Online, Opanyin Kweku Dua, now a mangrove protector and conservationist, said, “We have seen that the mangrove is a very important economic tree. That is why we are all interested in planting them.”

But Opanyin Kweku Dua did not change overnight—it took the continued education by an NGO—Hen Mpoano, whose consistent advocacy to protect mangroves and other aquatic resources in the Greater Amanzule area in the Western Region, has begun to yield results. 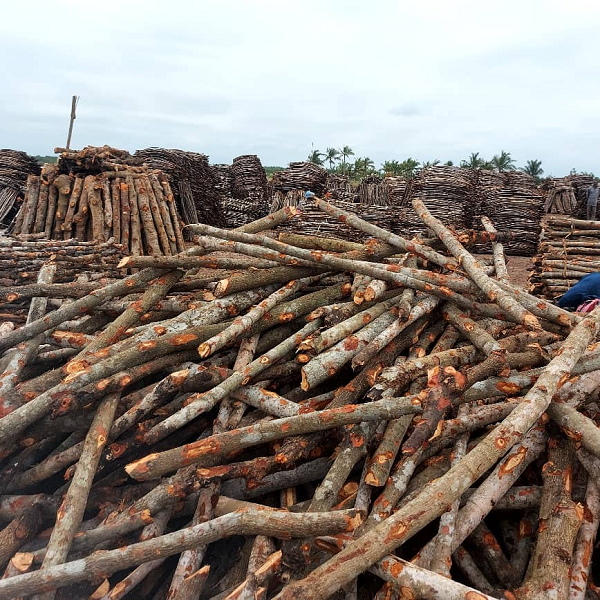 Hen Mpoano, a Takoradi based NGO with focus on coastal resources management is implementing a US$200,000 funded project targeting to raise 200,000 mangrove seedlings to be replanted in degraded sites within the Greater Amanzule Wetland complex.

Opanyin Kweku Dua who attributes his conviction to protect mangroves to the trainings of Hen Mpoano said, “They have educated us on how to harvest the mangroves—they have told us not to cut those close to the river.” 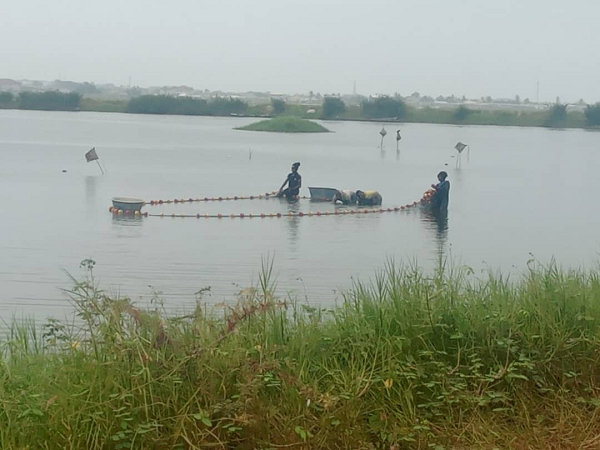 “We are told that when they are close to the estuary, that is where the fishes spawn and so when we cut them, we destroy the habitat where the fishes will lay their eggs to restock the depleting species in the water for us to catch later when they mature.”

For him, “The mangroves help us to get fishes from the estuaries—we get crabs, periwinkles, lobsters, oysters, and other aquatic fish species.”

Opanyin Kweku Dua is convinced that the decision by the community members to replant degraded mangrove sites will not only benefit those undertaking the exercise but their future generations.

“We are doing this not only for ourselves but for our children and our future generations. We don’t need to destroy these mangroves—we need to protect them dearly. This is what God has given to our community,” he sermonised, and commended all who have participated in the nursing of the seedlings and reclamation of the degraded areas. 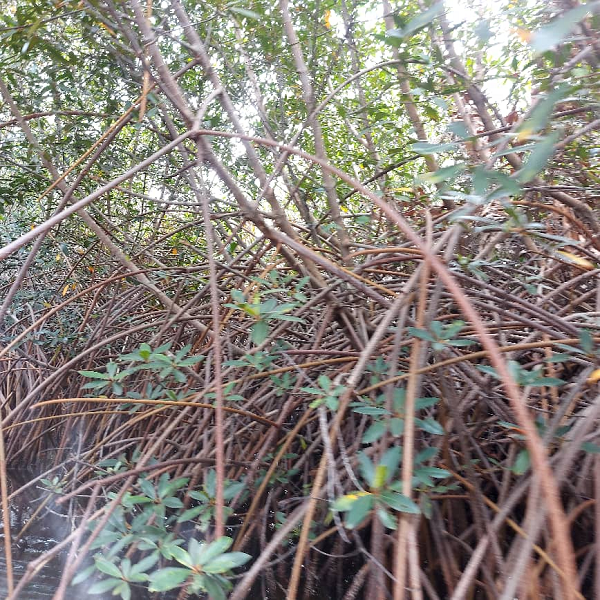 Paul Nato Codjoe, like Opanyin, is also a passionate mangrove protector and conservationist in the Ankobra community, working with Opanyin Kweku Dua and others to restore the degraded sites.

For him, “the mangroves are particularly important in helping to mitigate the impact of climate change. This is because they are good for sequestering carbons in the atmosphere, which could pose danger to residents in the area.”

“The mangroves are declining in size. This is due to the excessive harvesting especially when we are getting into the bumper fish season. Many people go in to harvest them,” he explained.

He said the community members during the off season of the mangrove harvesting go to the sites which have become degraded to replant them with the seedlings they have raised.

The Project Manager in charge of Coastal Landscapes and Aquatic Systems Dynamics of Hen Mpoano, Mr. Daniel Doku Nii Nortey, speaking to Graphic Online during a recent media tour of the sites which was organised by the IUCN and the Media Platform for Environmental and Climate Change (MPEG), said “If we don’t do anything to protect the mangroves, we may lose the entire ecosystem and the livelihoods of the people who depend on it.” 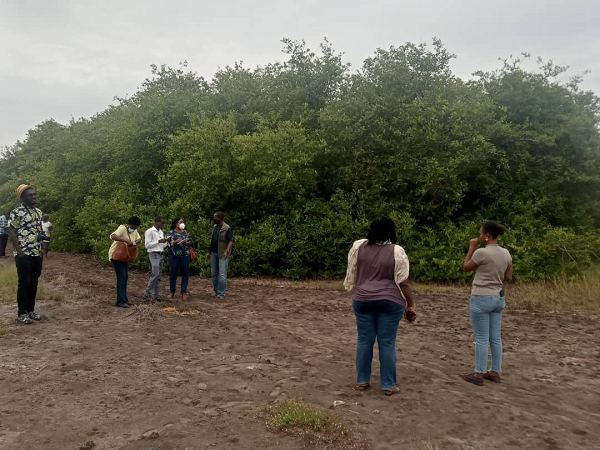 He said even though the Ankobra area was not under any form of formal conservation, the community members themselves had taken it upon themselves to protect the mangroves and restore the degraded areas with support from Hen Mpoano.

Mr., Nortey said Hen Mpoano was collaborating with the Wildlife Division of the Forestry Commission and the Environmental Protection Agency (EPA), to help the community members to lead the charge to restore the degraded areas and protect the remaining mangroves.

He said the NGO was using a community-led approach as a tool to protect the remaining mangroves and to restore the degraded areas.

“We hope that as time goes on, this area (Ankobra) will be designated as a biosphere reserve” to protect the area from destruction, he said.

For Mr. Nortey, the Ankobra mangrove area contains some endangered species such as the grey parrot, colobus and roloway monkeys, which must be protected.

He explained that some of the endangered species found in the area for instance, are on the International Union for Conservation of Nature Red List of threatened species.

The IUCN Red List or Red Data Book, founded in 1964, is the world's most comprehensive inventory of the global conservation status of biological species. 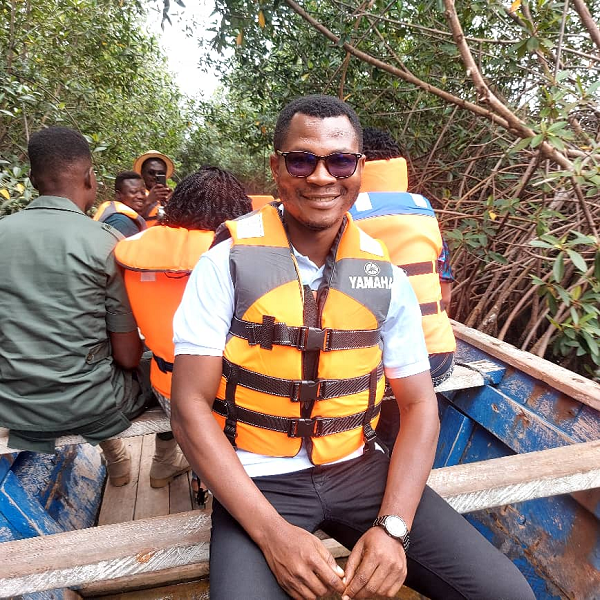 Mr. Nortey believes that the protection of the Ankobra mangroves will also protect the lives of endangered and critically endangered species in the area and in the country.

He thinks the time is long past when Ghana enacted a law to promote and secure the sustainable development of beaches, mangroves, lagoons and estuaries, among other important coastal resources.

There has been a reduction in Ghana's mangrove cover from 137km2 in 2006 to an estimated 72.4km2 as at 2014, according to a study led by Dr. Francis E.K. Nunoo at the Marine and Fisheries Sciences Department, University of Ghana.

The shrinking mangrove, the study found, was one of the major reasons the fisheries' resources were depleting in the country. There is no broad legislation to protect mangroves in Ghana despite the fact that it is one of the world's most threatened ecosystems. 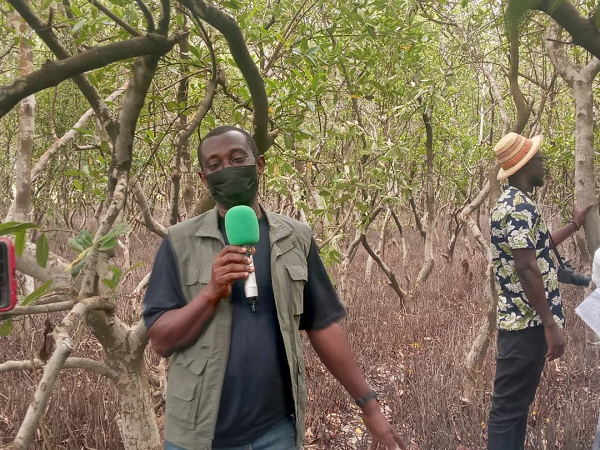 In an interview, the Operations Manager at the Wildlife Division, Forestry Commission, Mr. Dickson Agyeman, described the loss of mangroves due to human activities as "a crisis and a crime against nature."

He explained that unsustainable exploitation of mangroves, inadequate management measures to protect the remnant species, degradation of mangrove habitats by sea waves, filling of habitats, conversion of habitat to other uses, population and economic pressure, and poverty within mangrove communities were some of the factors causing the depletion of mangroves sites in the country.

For him, poor governance measures at all levels, lack of alternative livelihood options, inadequate public education and awareness, as well as exploitation activities, including illegal mining (galamsey) and climate change are all contributing to the fast depletion of mangrove sites.

Mr. Agyeman also mentioned that pollutants discharge harmful substances and are detrimental to the development of mangrove and other aquatic species.

"They are so close that if we do not change our behaviour it will have a dire consequence. This needs to stop!" he exclaimed.