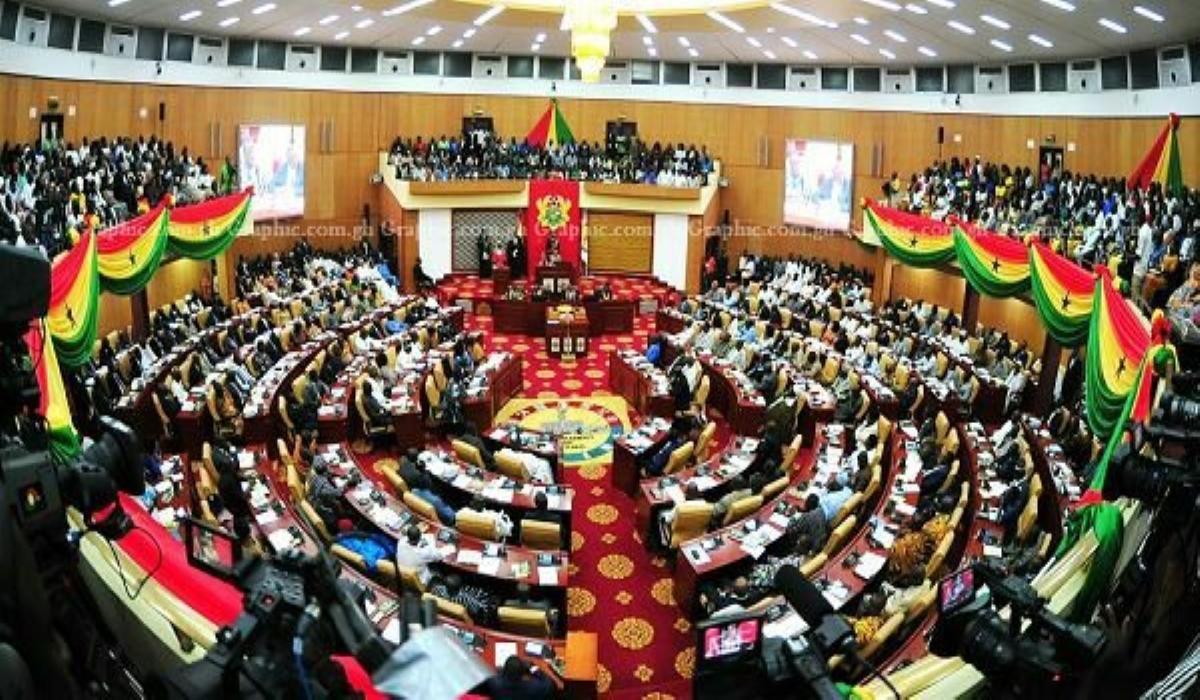 The term HUNG PARLIAMENT is most often used of parliaments dominated by two major parties or coalitions. It is used in legislatures under the Westminster system to describe a situation in which no particular political party or pre-existing coalition (also known as an alliance or bloc) has an absolute majority of legislators (commonly known as members or seats) in a parliament or other legislature.

In modern politics and history, a parliament is a legislative body of government. Generally, a modern parliament has three functions: representing the electorate, making laws and overseeing the government via hearings and inquiries. (Wikipedia)

The Speaker, who presides over Ghana’s Parliament, is the first officer of the House. He or she is one of the three highest officers of the State, ranking third in the official order of precedence after the President and the Vice President (remember the humour of ‘what is your number, I am number 3’ in the banter between the Speaker and the Majority Leader?).

The Fourth Republic Constitution provides that the Speaker shall preside in Parliament at all Sittings and in his / her absence, a Deputy Speaker. In the discharge of his / her numerous responsibilities and in the exercise of the powers vested in him / her, the Speaker is expected to be impartial and does not take part in the debate on the floor of the House.

Behind the scenes, he / she exercises considerable influence in forging consensus on major issues, while fairly and firmly enforcing order and consistently applying the established practices of the House.

As the head of the Parliamentary institution and Chairperson of the Parliamentary Service Board, the Speaker has ultimate responsibility for the Service (www.parliament.gh), and definitely no majority or minority leader under his watch can attempt to undermine any of his functions.

I have gone to this extent to quote copiously from the website of the Parliament of the 4th Republic so you would appreciate more what really lies ahead of us all as a nation and as a people as well as what we are faced with currently with our Hung Parliament, praying that none of the existing court cases will be pushed forward unduly to tilt this balance any time soon.

Under the Fourth Republic, these are the Speakers that we have had since 1993.

It is worthy to note that Rt. Hon. Justice Daniel Francis Annan, the Speaker of the 1st and 2nd Parliaments of the 4th Republic is the longest serving Speaker of the 4th Republican dispensation to date, having also served as a Member of the Provisional National Defence Council (PNDC), which governed Ghana prior to the Fourth Republic in 1984, same year that he was also appointed as the Chairman of the National Commission for Democracy (NCD) under the PNDC.

I have listened to various political analysts claim how close their predictions were for the eight (8) times we have conducted Presidential and Parliamentary elections under the Fourth Republican dispensation and always wondered how authentic has been the forecasts against the real number of Members of Parliament (MPs) elected per each party.

What has also engaged my attention has been the declining number of other parties winning seats or worse, actual independent candidates retaining the seats they had previously won under their political parties?

Admittedly, we are virtually becoming a duo-political system of just the NPP and the NDC against the background of the two working continuously to undermine any emerging party that could take from their strengths in terms of overall votes or other party Members of Parliament, the last time being during the 2012 General Elections. The other parties, existing only on paper and noises on the airwaves or social media, have always been identified as part of the apron strings of the two main parties depending on their leadership at any time and sincerely, I find this situation most worrying for the kind of democracy we are practicing as a people and a nation. It is as if there are no independent thoughts anymore in this country or better still, ‘men’ as according to Okonkwo of “Things Fall Apart” fame, have become ‘women’, an adage I would disagree with because that should not happen in Kwame Nkrumah’s ‘GHANA’.

I can understand the compulsive need for the launch of the ‘BREAKING THE EIGHT’ mantra almost a few months into the beginning of the second term of the Nana Addo Dankwa Akufo-Addo government because the facts on the ground supported by the ‘HUNG PARLIAMENT’ point to the most difficult elections ever ahead of us as a nation and as a people in 2024 for both major parties in the 4th Republic: akin to a ‘fight to the death’ session in a Chinese karate film.

Indeed, the ‘Breaking the Eight’ mantra could have been influenced by the fear of an impending possible defeat at the 2024 General Elections and please do not ask me why or wonder which crystal ball I used in arriving at this conclusion, except try to analyze the figures according to my table plus historical antecedents.

For those of us who did not have the awesome privilege of watching the ‘local magicians of old’ or better still ‘tricksters’, who trouped villages during annual festivals like ‘Kundum’ in say, Axim, when concert parties came to perform such old classics like ‘Cinderella’ or its Akan adaptation ‘Agyankaba’ by Onyina and Kakaiku Concert Parties, would recall the awe their antics of virtually commanding essential commodities like tins of Milk and packets of St. Louis Sucre (Sugar) from nowhere as presents to the audience.

They were great moments in the sixties of no television except for the only re-diffusion boxes and Information vans to show black-and-white films of government works and or coverages of the then President’s activities, carrying only government stories from the relays of the GBC. In all their mysteries, including sometimes unsuccessfully commanding spates of rainfall, I shudder to think if they could have been successful in predicting the outcomes of the next two editions of our general elections in 2024 and 2028 for both the Parliamentary and Presidential elections.

This means, I wouldn’t for any moment attempt to perform their type of ‘village magic’ as exhibited by ‘Prof. Obuyaya’ by informing you of who would win the next two Presidential elections nor precisely who would constitute the full list of MPs except that there could be yet another HUNG PARLIAMENT in 2024 and worse by 2028, we would have a Government or a new sitting President whose party would constitute the MINORITY in the 10th Parliament of the 4th Republic.

What a true CATCH – 22 SITUATION that would be – a dilemma or difficult circumstance from which there is no escape because of mutually conflicting or dependent conditions. This is going by the deductions from the table on number of MPs to date under the 4th Republic and this is the more reason why we need to begin to change the way we conduct ourselves and our politics going forward now.

Lest we forget, the Office of the President has already shown the way by the initial contact made with the former President John Dramani Mahama on opening channels of communication between the two sides, even though most Ghanaians are inclined to believe that wasn’t the first time and that it had been going on already considering the speed with which everything panned out.

What will be important for us as citizens, as our expectations of these MPs should not be ‘yet new scuffles’ in Parliament, but the two sides learning as well as being committed to working together for the exclusive benefit of the people of this country through consensus building on all issues of national dimension, be it economic, social, education, health and development in terms of provision of infrastructure, equally distributed across the country. Sincerely, the situation where a Minister of Finance is forced to make financial provision for a tragedy in a region, where he has natural affinities should never, ever happen again.

What we would expect of the new kind of MPs under the next Hung Parliament or with the government in the minority, would be the situation where MPs would always go back to their constituents to consult on all major decisions of state to ensure a more accountable, consultative, participatory democracy; and where every voice matters as against our MPs staying in Accra to negotiate on all matters of state brought before them without due recourse to the people on whose behalf and mandate they are expected to operate.

Need I remind us all that definitely: A CHANGE IS GONNA COME, maybe much sooner than it took the blacks in the USA and the world to see the administration of a first African-American President after late Sam Cooke’s prophetic song in the sixties?

By Magnus Naabe RexDanquah, the Ghanaian - is a Land Economist & Appraiser, Events Architect & Planner, SportBusiness Consultant and an Author