Christian? No please, I don’t have money 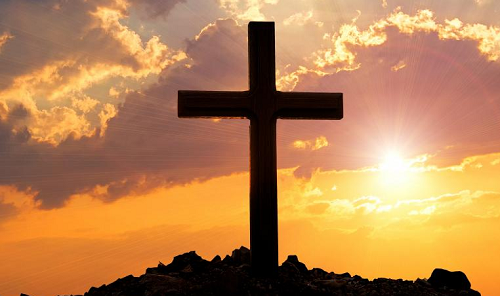 In his latest investigative showpiece on Lighthouse Chapel in the ‘The Fourth Estate,’ journalist Edwin Appiah almost succeeded in whittling away the last surviving vestiges of people’s faith in the Christian movement.

The church in Ghana had not quite been holding together since the spirit of mercantilism swept through the body, resulting in the proliferation of ‘one man’ churches.

The commercial evangelism was buoyed by the liberalisation of the airwaves, which brought along what Enimil Ashon calls table-top private television stations selling blind hope to their suggestible congregations.

Are Ghanaians so impressionable to believe that a sticker on a fridge or pipe water loaded in bottles could conjure money from heaven?

Sometimes, we wonder who is misleading who, and who is more gullible: the bishop who purports to divorce his wife on the orders of his supreme bishop, as Edwin Appiah reports in the Lighthouse matter or the Christian who falls prey to a libidinous landlord.

The colourful men of God are variously called angels, healing matule and my favourite, ‘tailor of stones.’ We have conveniently allowed the tares to grow prosperous among the wheat, hoping against hope that we will find answers to the missing puzzle in our Christian experience.

Coincidentally, it seems the parties involved in this religious exchange are motivated by the same thing: money or loads of it.

Those to whom the money is given are quick to parry away any suggestion that they need it, while admonishing their followers that they are never going to get money until they give them money. The poor widow who cannot give money may never be blessed, contrary to Jesus’s prescription of the poor-in-spirit being the most blessed.

Christians are encouraged to embrace divine gullibility, as they labour for their place in church, in the hope that prosperity would tag along.
Soon, a simple question of whether a person is a Christian will elicit a response such as: ‘no, please, I don’t have money.’

We hope this never becomes the Christian Zeitgeist of the 21st Century. Many will deny Jesus in the courtyard of the church, as Apostle Peter did before a little servant girl.

Whoever introduced the prosperity gospel must be very rich by now. In equal measure, he has made many poor with the anointed money machine.

Recently, I saw the gospel money machine churning out loads of cedis in a big church in Accra. Why won’t they give some of that money to the poor, the man next to me queried?

Such opulence, I added, in a conspiratorial tone. Pew after pew, rich-looking congregants drenched in designer perfumes filled past the offering bowl to drop big money, while the poor only stared in wonder.

Their wonder turned to biting awe when the head pastor of the church announced that those who didn’t have money and ,therefore, couldn’t give any offering were free to help themselves to some cash from the offering bowl.

The only caveat was that they should do it in moderation so that the money could go round the poor in the church. There, Rev. Dr Mensa Otabil rewrote a script that has been bastardised and demonised by both Christians and freethinkers for so long.

Dr Otabil’s sermon was not about giving or prosperity; it was on the boring subject of purity, with obedience as a subtheme. Nobody is interested in those unsexy sermons in a get-rich-quick era. We want to hear that we will be rich because Abraham was rich and our properties will be protected from our enemies. We want to hear that our children will be great like David.

We have intellectualised God in our efforts to fix our sermons around money and bluntly told God to mind his business.
Marvel

Like Otabil’s congregation, I marveled when I saw the huge population of drug addicts who had turned clean at the rehab centre of the Action Chapel.

I marveled when a Lighthouse Chapel bishop led me to the church’s plush accommodation where orphans are housed. In Sunyani in the Bono Region, I marveled at the impressive sight of dog-collared pastors of the Assemblies of God church, who took turns to eulogise their deceased colleague, Reverend John Tawiah, for personifying the values of service and sacrifice.

The man of God played exemplary roles, including using his private van to transport the bodies of dead pastors over several kilometers to their home destinations.

We may not be sure who is misleading who in the pastor-congregation exchange but we know those who have prospered from the prosperity gospel.

They include the poor in Otabil’s church, orphans at Lighthouse, the drug addicts at the Action Chapel and the corpses at the Assemblies of God.

The writer is the Chief of Party at Local Aid for Rural Education and Development (LocalRead), This email address is being protected from spambots. You need JavaScript enabled to view it.