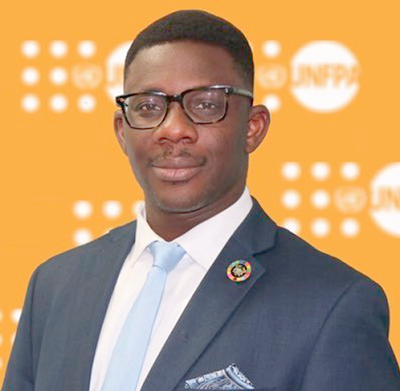 As I inch towards a second decade in the vocation of advocating for social justice, gender parity, maternal health and youth empowerment, I am constantly reminded of where some of the passion that drives me comes from.

With every sense of modesty, I like to think that the family I come from, (where among others, there are no household chores reserved for boys or girls) provided me with an initial disposition towards matters of social justice.

I celebrate two of my sisters (Sister Funmi and Sister Funke) who were solid examples of how systems of exclusion can be challenged with dignity and humanity.

Sister Funmi is now deceased (God rest her soul) and Sister Funke will attain the 70 year landmark this year.

I remember both as strong-willed individuals who challenged social norms in Nigeria when it was most difficult to do so.

Indeed, my life has been influenced by several other strong-willed and high achieving women, from my wife, to my mother, my step-mother, my mother-in-law, and my other sisters.

All of these women have been so tremendous, amazingly strong and impactful in their own different ways that they deserve separate essays of their own. I celebrate them all on this occasion of International Women’s Day!!!

Each International Women’s Day is important in helping us confront the distance between where we are and where we ought to be.

Few weeks ago, the world welcomed its first female Director-General of the World Trade Organisation (WTO), in the person of Dr Ngozi Okonjo-Iweala, 26 years after it was founded.

As an African, and an obsessive advocate for gender parity, my joy was boundless even as the journey ahead remained etched in my mind.

These challenges are indicative of the gender inclusion gap that exists in the world today despite the simulacrum of progress being made.

According to the World Economic Forum, “gender parity” will not be attained for almost a century, which means that many others and myself are unlikely to see gender equality in our lifetime.

This projection is both a call to action and an indication of the urgency needed to pull our weight towards a more equitable world.

I am the only child of my father and mother. But before my arrival, both parents had children from their previous connubial engagements.

Thus, I grew up on the heels of these two elder siblings, on either sides of my complex familial divides, which perhaps explains the versatility that God has gifted me with. Of note is that the lives of these two sisters of mine turned out to be of great lesson and inspiration to me.

Those who are old enough in my part of the world might recall the wearing of trousers being more or less a taboo for females in the late 70s, yet my eldest maternal sister, Funmi stood up as one of the earliest norm-breakers, albeit with calm grace and extremely gentle mien, wearing jeans trousers in those days when societal judgement about this was fierce and stereotypes about young ladies who wore trousers were extremely obtuse.

For the mere liberty of putting on jean pants, they were often called or regarded as harlots, wild, and grossly unfit for marriage.

These were not easy stereotypes to be associated with, especially coming from a strong Christian background.

Yet, sister Funmi preferred to be considered an outlier than conform to social expectations that were punitive and injurious to her sense of liberty.

By virtue of her defiance and that of her co-travellers, the previously perceived ‘abnormality’ soon became a fad in the neighbourhood.

As young as I was, this made a very strong impression on me. Besides, in the course of time, these pairs of jeans were really cool, so that I often found myself sneaking into her wardrobe and helping myself to one or two, every now and then.

She would normally huff and puff, and feign anger, and eventually let it go, and even gift me another. Sister Funmi lived above societal judgement, and even went on to confront another societal norm by getting married to a Muslim man of her dreams, despite projections and general lack of acceptance of such possibilities.

By then, there was no doubt that nobody could successfully be in the way of her decision. She would also go on to have three children; all female. It goes without saying that even though their mum is no more, their genetic formation is such that they will not be bugged down by the predilections of the society, and they will achieve their full potentials. I am beyond proud to celebrate sister Funmi on a day like this!

My other sister, my eldest paternally, sister Funke (incidentally my mum’s namesake) found herself in one of the most stigmatising situations in any Christian household.

She had an unintended pregnancy while barely out of her teen years. The wages of being in this situation is the perception that one’s life is over; that they will never aspire nor amount to anything great in life.

In fact, there is an unspoken disdain constantly reflected in the way people look at you, a demeaning gaze which can cause loss of esteem for the person and other associated mental health challenges.

She weathered this difficult period in her life by bouncing back from this storm, went back to school and eventually got on to graduate and moved on to the post-graduate level.

Driven by passion and her deep sense of empathy, she learned to tutor people with disability (PWDS) and continues to do so till this day.

But above all, as we were growing up, I remember my sister for leading and organising the family houses in the different locations where our father as a judicial officer was often posted to work.

The exigencies of my sister’s life made me feel very personal about not wanting to see the life of any young girl hampered by unintended pregnancy, because I have seen her rise from it.

With that said, I sometimes wonder if the trajectories of my sisters’ lives might have been even more rewarding if the society in which we grew up was less judgmental and more supportive of the female gender.

This is why my role of steering UNFPA’s programme in Ghana is more than  just a professional task. It is a culmination of a familiar experience of the human will to overcome adverse conditions and why these efforts must be supported.

Because what we fail to challenge, we cannot change.

The organisational dexterity and leadership exemplified by my sisters made me aware, from a young age, that women are more than qualified to handle positions of robust responsibilities as much as men, if not better. I have carried these lessons with me, and tried to instill it wherever I go.

First celebrated in 1911, the International Women’s Day presents us with an opportunity to celebrate women who’ve made history and to champion change and do more to cushion the gender parity gap.

This year’s theme, #ChooseToChallenge indicates the urgency and boldness required in calling out gender bias and inequality in order to help create an inclusive world.

As the UN Secretary-General – Antonio Gutteres, rightly mentioned in his IWD address ‘A Crisis with a Woman’s Face’, the world needs a new push to advance women’s leadership and equal participation, as the current levels of women exclusion from these platforms is an “emergency”. While this is an agenda that can be strongly driven at the institutional and global level, the changes that can emanate from individual efforts cannot be underestimated.

Just as my sisters created a passion for inclusion that has continued to inspire and propel me to this day, individual examples in our communities can continue to diffuse faster and build a momentum to create a positive awakening and contribute in creating a better and equitable world.

The Writer is the Country Representative of the UNFPA