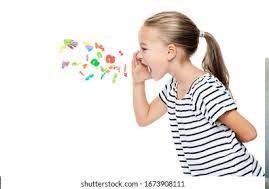 The ability to talk involves a lot of processes that are mostly unknown by most. Messages are sent by your brain to your mouth to produce speech. The messages tell the muscles in the mouth what movements to make to make sounds.

These movements involve when and how to make sounds for speech. Some children can find this process of sending messages difficult.

This is referred to as Childhood Apraxia of Speech (CAS). CAS is a type of speech sound disorder whereby a child’s brain has difficulty planning and coordinating the movements in the mouth to create sounds into syllables, words, phrases and sentences.

They may have difficulties moving their tongue or lips to the right spot in their mouth to make sounds. This has nothing to do with muscle weakness.

Children with CAS often know what they want to say but have difficulty with the brain sending message to the muscles in the mouth about how they should move. CAS is present at birth but begins to show when a child begins talking.

The signs and symptoms of CAS may include:

The cause of CAS is often unknown. Differences to the brain as a result of a genetic disorder or syndrome or stroke can sometimes cause CAS. There is no cure for CAS but with intervention, progress can be made.

Speech and language therapists (SLTs) are trained to work with children diagnosed with speech sound disorders like CAS.

The speech therapist will initially assess the child’s speech to identify the specific difficulties they have before deciding on goals for therapy.

The assessment process often includes observing the child’s face and checking their mouth to see how the structures involved in speaking are working.

The child’s speech may also be recorded and analysed later to identify any errors made. The therapist will also check how well the child is understood. CAS intervention can be quite intensive for reasonable progress to be made. It is reported that many children with speech sound disorders like CAS also have additional difficulties such as language disorders.

SLTs, therefore, do a language assessment in addition to rule out any difficulties with language.

If you are concerned about your child’s speech, it is advisable to see a speech and language therapist. The earlier the child receives intervention, the better the progress made.