Chief Moomen writes: A farce of a country – shenanigans of NAM 1 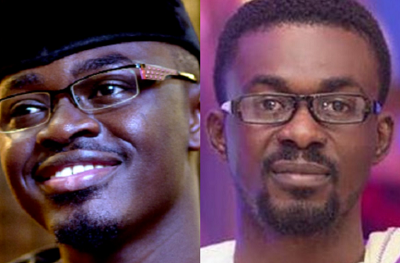 Chief Moomen writes: A farce of a country – shenanigans of NAM 1
30.5k Shares

This is a five-part series, over the next days, expressing my thoughts on the current Menzgold crises: Part One- ALL ARE GUILTY; Part Two- MONEY SWINE; Part Three- THE BRILLIANCE AND FOOLERY OF NAM 1; Part Four- GHANA, LOOK AT THYSELF; Part 5- THE WAY FORWARD, IF

: I am a beneficiary of the Zylofon Arts Fund. I took an interest-free loan of 100,000ghc in March 2018 to run my WogbeJeke Show in Tamale.

I have since paid 60,000ghc of that amount and working tirelessly to complete payment of the balance.

These series of articles represent my true and independent thoughts and feelings about the crises without fear or favour.

PART ONE- ALL ARE GUILTY

They knew exactly what they were getting into and applied themselves enthusiastically, almost religiously, to it. The very few who may claim innocence and insist that they were deceived, at the very least, are guilty of excessive profiteering!

Here are some facts:

1st: Any investment scheme that delivers extraordinary profits beyond market rates should trigger red flags in any reasonable mind.

2nd: The widely publicized DKM scandal should have warned any Ghanaian about the nature and operations of a Ponzi Scheme.

3rd: Many individuals and institutions including the Bank of Ghana consistently warned the general public about , yet up until the very last minute, people trooping in with investments.

The most important point here being customers were not a bunch of innocent, hapless and helpless ignoramuses whom NAM 1 duped. They were very well aware of the risks. And they were a willing and active party to the supposed fraud. So they cannot claim to have been unwittingly defrauded.

Ponzi for the Elites

is widely considered as the Ponzi for the elites because of the of people who invested in it; bankers, lawyers, doctors, lecturers, security apparatchiks, politicians etc.

There are huge companies who invested their monies in . It is even rumoured that some financial institutions invested in . You think all these educated and sophisticated people and institutions genuinely thought NAM 1 had magically found a secret investment formula yielding extraordinary dividends that only he knew in the whole world? ABSOLUTELY NOT!

At the back of the minds of these investors- I bet- was the understanding that you money let me give to others so others will bring their money me give to you. FINITO!

When was riding high and investments were coming in and dividends were being paid NAM 1 was a hero, a god even.

And his customers were his fiercest supporters and defenders. A sycophantic culture of no evil, see no evil and speak no evil of NAM 1 was perpetuated. Anyone who dared to criticize him and the scheme was readily was tagged as a hater.

We read and heard sermons about the pull-him-down syndrome and how in Ghana we don’t like to support our own. A popular phrase was coined, Wosuroa , to deride those who didn’t have the balls to invest in the scheme. When trouble started brewing, some Menzgold customers held demonstrations in support of NAM 1.

They accused the government of trying to destroy business. They made threats such as “No NAM 1 No Vote.” It is crucial to note that the chorus of support for NAM 1 only started changing in the last couple of weeks as it was becoming apparent that people may have lost their monies. The hero is now a villain, the god now a devil.

The chorus of praises turned into of derision. Only when the money stopped coming. Only when they realized the money may never come. Fear the Investor. They are as GUILTY.

It is almost ridiculous to hear how some of these customers are implicating themselves. One lady on radio claimed to have put an orphanage’s money in there. Some people claim they took bank loans to invest in . Others are said to have diverted company monies into the scheme to make quick profits. People perpetuated all sorts of illegalities to raise the principal to invest in the scheme.

And there are those spectacular cases of gross indiscretion such as the case of one deadly agitated woman who went viral in a BBC interview claiming to have invested 760,000ghc in the scheme. Shit if you would excuse my manners) You have all that cash and you centralise it in a single investment scheme with so much controversy around it. It is difficult to sympathise with some of these investors.

So far as dividends were being paid, people turned a deaf ear to all the warnings. And they would have continued to do so. The investors knew what they were getting into. They aided and abetted in this grand scheme. All are Guilty!

It is instructive to note that a good number of the more sophisticated and educated Menzgold customers are quietly accepting their loss though hoping for a miracle. Some of these people actually have investments running into several hundreds of thousands and even millions of cedis. But they made their bed, and must so lie in it.

I belong to a group where a couple of my friends invested in . They were under no illusions about the true nature of the scheme.

They said so themselves. One even advocated that the group should consider investing there. But for the outright and emphatic rejection of the idea by one of the group leaders, we may have done so. One of those who invested says the secret to enjoying a Ponzi scheme is to invest early and cash out while the bubble is still on. Because it will always burst. But you can’t really tell when.

He says he has made peace with the fact he has lost his principal. He is, however, consoled that he enjoyed the huge dividends in the past. He even claims he is on the lookout for the next Ponzi. NAM 1 certainly didn’t defraud this guy, like many of the other customers.

Maybe those who invested in the early stages of the scheme can claim they were deceived. However, they enjoyed those huge dividends and I doubt they are complaining. Those who invested in the last one year of the scheme cannot claim they were defrauded because there was ample information available for them to make judicious investment decisions. It will be interesting to watch a customer being cross-examined in court. I would like to see how they establish their innocence and naivety.

The arguments I have made here may not be legally sound, but they hold moral gravitas. How do you prosecute a man for fraud when those you claim he defrauded were active and willing accomplices in defrauding one another. On what moral grounds are you doing so?