Changing your mindset about money (III) 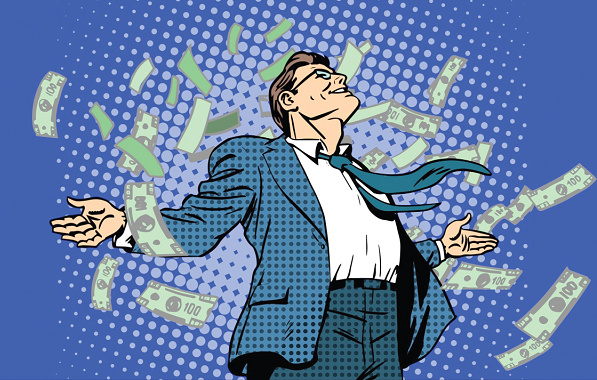 “Ye civilised Europeans you must Christianise the pagan Africans with bombs, poison gases! Ye administrators make Sedition Bill to keep the African gagged, make Deportation Ordinance to send the Africans to exile, whenever they dare to question your authority about- (Money).”

The scams and frauds in the financial sector (global) have cost Ghana (Gold Coast) so gravely since independence. To make matters worse, Ghana’s political factions of the day refused to listen to each other, the economy was stagnating and unemployment was on the rise, which posed a threat to civic stability.

Fighting with each other politically on how to run the country but any government who believes in working with other parties to solve monetary (Gold) problems for the good of his country and its people is the best.

Poor countries are poor because they have a lot of market failures (including fighting each other), coupled with the adverse effect of economists and policy makers not knowing how to get rid of them and have heeded the wrong advice in the past in relation to money.

This same evil of fighting each other since independence robbed Ghana so dearly of the Ghanaian Pounds from 1958-1965. Our elites did not learn from the very actions which sabotaged the economic progress of our dear nation so badly from July 19, 1965 – February 22, 1966.

This period recorded the circulation of the first Ghana cedi, from February 23, 1967-July 2nd, 2007, circulation of the second Ghana cedi and the third Ghana cedi, which is in circulation till date and is still suffering from the same evil: fighting each other in politics. Interestingly, rich countries are so rich because they have figured out better policies and have successfully eliminated these failures (fighting).

Mindset to be poor

The educational system programmed us at schools to be workers. We are built to think in a certain way, which originated from Germany 200 years ago with the world machines (Craft tooling and Industrial tooling), which was springing up all over the globe.

They needed people that would follow orders, that will be agreeable, that will be told when to do it, how to do it, and why to do it. At the time, formal education was only reserved for only super-rich people.

The educational system does not want financial intelligent free thinkers with no focus on critical thinking and never pushes for kids on entrepreneurship, which create products and services when they leave school. Our educational system is still producing employees with monthly salaries. Get good grades, work hard and subsequently go on pension mindset.

The truth is that, 95 per cent of people in Ghana are designed to be poor and it is a design we all live in. If it is not checked it can be very evil.

Please do the thinking if the school system gives you a real, accurate and deep understanding of what money is, its purpose and history, as well as the system behind it, the natural and economic laws that govern it, how it flows and operate and how to leverage that knowledge to make more, grow more and give more.
One will discover the balance of spiritual and material, the balance of attraction and action.

Intelligence not a dirty word

Those who govern our country should be the best and brightest of the land. If leaders do not have thorough knowledge about the concept of the Money, their words are empty and their actions will be dangerously misguided. This is because any form of corruption, greed, selfishness in Ghana is as a result of the lack of financial intelligence.

There are some forces which are behind our poverty and they are human beings in highest places like IMF, World Bank and so-called first-class countries. So, what can we really do in Africa-Ghana as a third-class country? I wonder which God created world classes?

India has 75 per cent literate population, only 24 per cent of adults are financially literate, who understand deeply the principles of savings, investment, debt and budgeting. The lack of financial literacy relates to the fact that we are taught how to calculate but not how to make a sound decision on money matters.

Lack of financial literacy (Money) is a global problem. Most of us turn to friends and family for personal financial tips of money. This is because 38 per cent of USA’s households have credit and debit cards and 33 per cent citizens in USA saved US$0 for their retirement because they lacked deep knowledge in finance.

What should we do?

The government in Ghana must fix the fundamentals of its education system. We must include financial literacy about Money in school curriculum. It will help people to understand economics, loans, interest and financial know-how.

Only 28 per cent in China, 38 per cent in Russia, 35 per cent in Brazil and 42 per cent in South Africa are financially literate. About 95 per cent of Ghanaians are unaware of how much money to put aside or invest for tomorrow without compromising their dreams.