Celebrating Founders Day in parts of the world 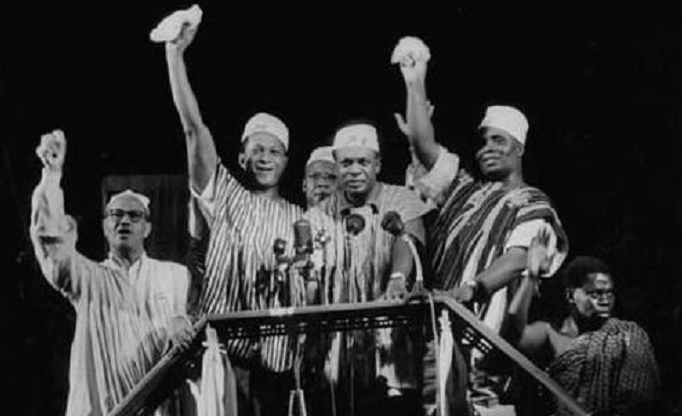 What, at all, does the concept, Founder’s or Founders’ Day mean? In Ghana, the concept has generated so much debate and confusion that the nation is left divided over it.

Wikipedia defines the concept as follows: “Founder’s Day, Founders’ Day or Foundation Day and variations, may refer to Founders’ Day, a holiday of the American Revolution; Founders Day (South Africa), an observance and former public holiday in South Africa.’’

“What is Founder’s Day – originated from a proclamation by the United States Continental Congress on October 11, 1782 in response to Great Britain’s expected military defeat in the American Revolutionary War.”

According to Wikipedia, National Foundation Day is a national holiday in Japan. The Day marks the founding of the nation of Japan. Japanese legend holds that the “empire was formed by Emperor Jimmu in 660 BC, but earlier records of a unified Japan dates from 1,000 years later”.

Japan’s National Foundation Day is celebrated on February 11, every year. Japan was not colonised; that country colonised other countries, for example, Korea in 1910.

During the Second World War, Japan attacked the United States’ Pearl Harbour in 1941.  The US dropped atomic bombs on Hiroshima and Nagasaki on August 6 and 9, 1945, respectively and Japan surrounded on August 14, 1945.

Japan, thereafter, lost its sovereignty to Allied Powers which she regained on April 28, 1952. The Japanese do not celebrate April 28 as an Independence Day because they were not colonised. They lost the war.

Wikipedia defines National Day as follows: “A National Day is a designated date on which the nationhood of a nation or non-sovereign country” is celebrated.

‘’This nationhood can be symbolised by the date of independence, of becoming a republic, or a significant date for patron saint or a ruler.’’

The United States observes Founders’ Day on October 11 every year and Independence Day, on July 4.

Nigeria attained its independence on October 1, 1960. Like the US and other countries, the Nigerian Federation celebrates Independence Day on October 1 every year.

On January 1, 2014, Nigeria observed its 100-year founding anniversary in a grand style. It was on January 1, 1914, that the British colonial administration led by Governor Lugard joined the Southern Colony and the Northern Protectorate into one country and named it, Nigeria, after the Niger River.

Nigerians were happy to celebrate their country’s birthday in an elaborate way – for many reasons. Bringing together of warring tribal groups and religious factions into what became the Southern Colony and the Northern Protectorate and, eventually, amalgamating both - created a single nation – a federation - that has become the most populous in Africa and the largest economy on the continent.

Like Nigeria, Ghana, formerly the Gold Coast, has similar reasons, among others, for observing the country’s Founders’ Day. The colonial administration amalgamated the Gold Coast Colony, the Ashanti Colony and the Northern Protectorates into one country and named it, Gold Coast, in 1901.

The country was made a member-state of the British Empire, now the Commonwealth of Nations, the same year.

What type of Founders’ Day do we celebrate in Ghana?

On August 4, 2019, Ghana celebrated Founders’ Day as a holiday for the first time. The day, according to the Government of President Akufo-Addo, has been set aside to celebrate all Ghanaians in history who have made significant contributions to the struggle to achieve independence from the British colonial government.

In that regard, August 4 is an important date on the calendar of Ghana’s efforts to attain independence. The Gold Coast Aborigines’ Rights Protection Society (GCARPS) was formed on that day in 1897.

As its name implies, the society was founded by prominent leaders of the Gold Coast to prevent annexation of lands by the colonial government under the Lands Bills of 1896 and 1897.

GCARPS was the first political movement in the Gold Coast and it succeeded in getting the Land Bills stopped. Probably, Ghana would have had on hand the type of land misappropriation by white settlers in Zimbabwe, formerly, Southern Rhodesia – if GCARPS had not intervened.

The first political party in the Gold Coast, the United Gold Coast Convention (UGCC), was also founded on August 4. That took place in 1947.

Many Ghanaians, including some celebrated intellectuals and academics, have taken the position that one person, Kwame Nkrumah, is the founder of Ghana. That position is unfounded in history. It is not factual and evidential.

When people state that Kwame Nkrumah founded Ghana, what do they mean? If they mean that Dr Kwame Nkrumah, President of the First Republic of Ghana, founded Ghana’s Independence, that is a good ground for debate and that ground must be properly defined.

Limiting the history of Ghana to between 1949 when the Convention People’s Party was formed and 1966 when Dr Nkrumah was overthrown by the military – is not fortunate.

It denies and betrays the contributions of our ancestors and fathers whose shedding of tears and blood has led to Ghana’s nationhood.