Breaking the bias: A clear path to promote women leadership in Ghana 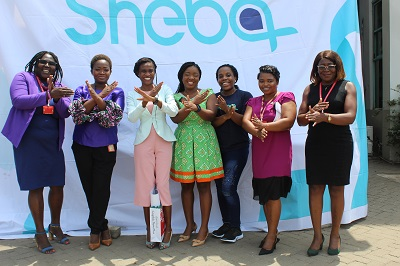 On March 8, 2022, the world celebrated all women in a grand style in what has become known globally as the International Women’s Day (IWD).

I have been following the activities that come with the annual celebrations of the IWD for some time now and I can say that the day is worth celebrating. The celebration at least helps to raise awareness on some pertinent issues affecting women’s lives across the world, but what particularly fascinated me most about this year’s celebration was one of the campaign themes—“Break the bias”, which came with its symbolic crossing of the arms.

The cryptic campaign theme aptly ties in with the message of the quote of Tian Wei, a former Washington Correspondent who once said that “Any society that fails to harness the energy and creativity of its women is at a huge disadvantage in the modern world.”

There is every truth in the fact that any nation that neglects its women only works against its own progress. This is because women are naturally versatile. They bring new energies to whatever they do. Women’s importance to humanity is unquantifiable, and certainly beyond any justifiable debate.

Apart from women ensuring the very existence of the human race through procreation, their contributions in medicine, education, science, sports, academia, technology, industry and the home, among others, cannot be overlooked. Sadly, when it comes to women leadership across the world, particularly in developing countries such as Ghana, the inequality gap between men and women is very huge.

Many gender activists and advocates attribute this gender inequality in women leadership relative to their men folk, to multiple factors, some of which are the issues of biases, stereotypes, and discrimination against women at all levels of society.

Whether deliberate or unconscious, biases, stereotypes, and discrimination make it difficult for women to move ahead, particularly in climbing the leadership ladder. This has created an unfair playing field for women in terms of competing with their male counterparts for leadership roles.

Knowing that biases exist isn’t enough, more action is needed to level the playing field for women when it comes to leadership roles.

The Founder and Chief Executive Officer of Africa Women Rising (AWR), a women-centered organisation, Rev. Mrs Nana Sekyere believes that deliberate policies and actions are needed to ensure that biases, stereotypes and discriminations against women are broken at homes, communities, and workplaces as well as in government, in order to create that fair space for women to operate.

For Mrs Sekyere, it is worrying that in spite of the fact that women outnumber men in Ghana and many parts of the world, only a few of them are found in leadership positions.

She is of the view that one of the ways to ensuring gender equality in Ghana was for the various political parties to show more commitment to their gender policies, particularly in assigning women some key leadership portfolios.

She said although Ghana has made some notable strides in pushing the women-leadership agenda over the years, more actions are needed in order to close the gender gap in terms of leadership roles in the country.

“Most governments have always had the will to push the agenda of women by promising to allocate a certain percentage of roles to women in their manifestos but unfortunately they have fallen short of this very important agenda,” Mrs Sekyere observes in an interview.

She was of the view that more education and sensitisation about women-leadership is needed to be organised at the community level by civil society organisations in order to drum home the need for people to support women leadership and also see women as equally competent as their male counterparts.

She believes that women had what it takes to lead and that “Not only is female participation in all spheres a democratic right, we are also ensuring that women’s talents are fully utilised to the benefit of our developing nation.”

Touching on a research her outfit recently conducted concerning women representation in the media, Ms Biney said, out of the 150 programmes fliers and subjects of national interest monitored in the media and conferences, only three programmes had female representation, a situation she described as discouraging and unfortunate.

For her, it is important to include women on discussions that bother on national issues, saying “We urge the media, conference organisers and corporate institutions to commit in this year to breaking the bias on ‘panels’ where there is excess male representation at the expense of female voices.”

She further encouraged the media to pay more attention to issues affecting women in society and to feature women’s voice in their daily activities, stressing that the media should not only prioritise women’s voices only during the International Women’s Day celebrations.

Ms Biney is convinced that the media have a key role to play in promoting women leadership in the country, explaining that the media can play the watchdog role by holding political parties to account on their gender policies.

She also suggested that one of the ways of getting more women into leadership is through training, adding that between 2019 and 2020, the Aya Institute with support from the Canadian Fund for Local Initiatives, organised governance and leadership trainings for over 25 women groups each in the Volta region and Northern Ghana.

“Through these trainings, four women contested the District Assembly Elections in December that year,” she disclosed, saying “To equip women with leadership training goes a long way to increase the numbers when it comes to women's participation in our democracy.”

Speak Up Africa, a not-for-profit advocacy and policy action tank based in Dakar, Senegal, dedicates its work to catalyzing leadership, enabling policy change, and increasing awareness for sustainable development in Africa. In a statement to mark this year’s IWD, Speak Up Africa Executive Direction stated “Gender bias has powerful implications in women’s careers and daily lives.”

It added that work done by women are usually undervalued by many in society, saying that women also face similar challenges in other work areas which are “typically underrepresented fields”.

It said “Women face gender discrimination across various areas- including salary, the perception of their commitment to work.”

In its efforts to celebrate and promote women’s leadership, actions, voices and innovations across the African continent, Speak Up Africa launched its first-ever “African LeadHERs Forum” to encourage women to take leadership roles in their respective areas and inspire and promote existing women leaders on the continent.

The organisation believes that “As it stands, women are strongly disincentivized to take on the mantle of leadership and that “whether culturally or economically, across numerous countries the cultural norms tend to favour women working in the home.”

It is the concern of Speak Up Africa that factors such as pressuring young girls to marry early at the expense of their education all work to hold back women and young girls from progressing in life.

The Voix EssentiELLES initiative celebrates diversity in women and girls, and actively engages them in empowering spaces set up to help address the harmful ramifications of gender bias.

For Speak Up Africa, women’s voices are essentials to break the bias, urging women to take interest in issues that affect women’s development and progression in society.

Sharing his views on what it will take Ghana and other African countries to break the bias against women and also promote women leadership on the continent, Alhaji Awal Ahmed Kariama, Executive Director of RISE-Ghana, a local non-governmental organisation (NGO) based in Ghana’s Upper East region, blamed the various biases and stereotypes against women and their progression, particularly in occupying higher leadership offices, on cultural norms and perceptions.

“We need to highlight the fact that there is multiple benefits in empowering women and when we create a system of equal opportunity, it brings diversity that brings better results,” he noted.

He added, “We need to approach breaking the bias at multiple levels. First of all, we need to start from the household levels; the way we socialise our children.”

He is of the view that the way children are socialised to think that masculinity is superior or more important than feminism ought to be discouraged, and create a space where all will value every gender equally.

Alhaji Kariama noted further that working with men and boys to create the understanding that women are equally competent would go a long way to transform how society perceives women, and by extension, women leadership.

Similarly, he called for deliberate workplace and institutionalised policies to ensure that “We are breaking the bias by supporting women to venture into non-traditional areas.”

“When you are a woman and you want to become a leader, people don’t think that it’s out of merit; they doubt your competencies and in masculine society, we believe that men should be the leaders and women at the back stage,” he lamented.

The RISE-Ghana CEO also implored accomplished women leaders and influential people to take interest in mentoring young girls and other women with potentials in leadership.