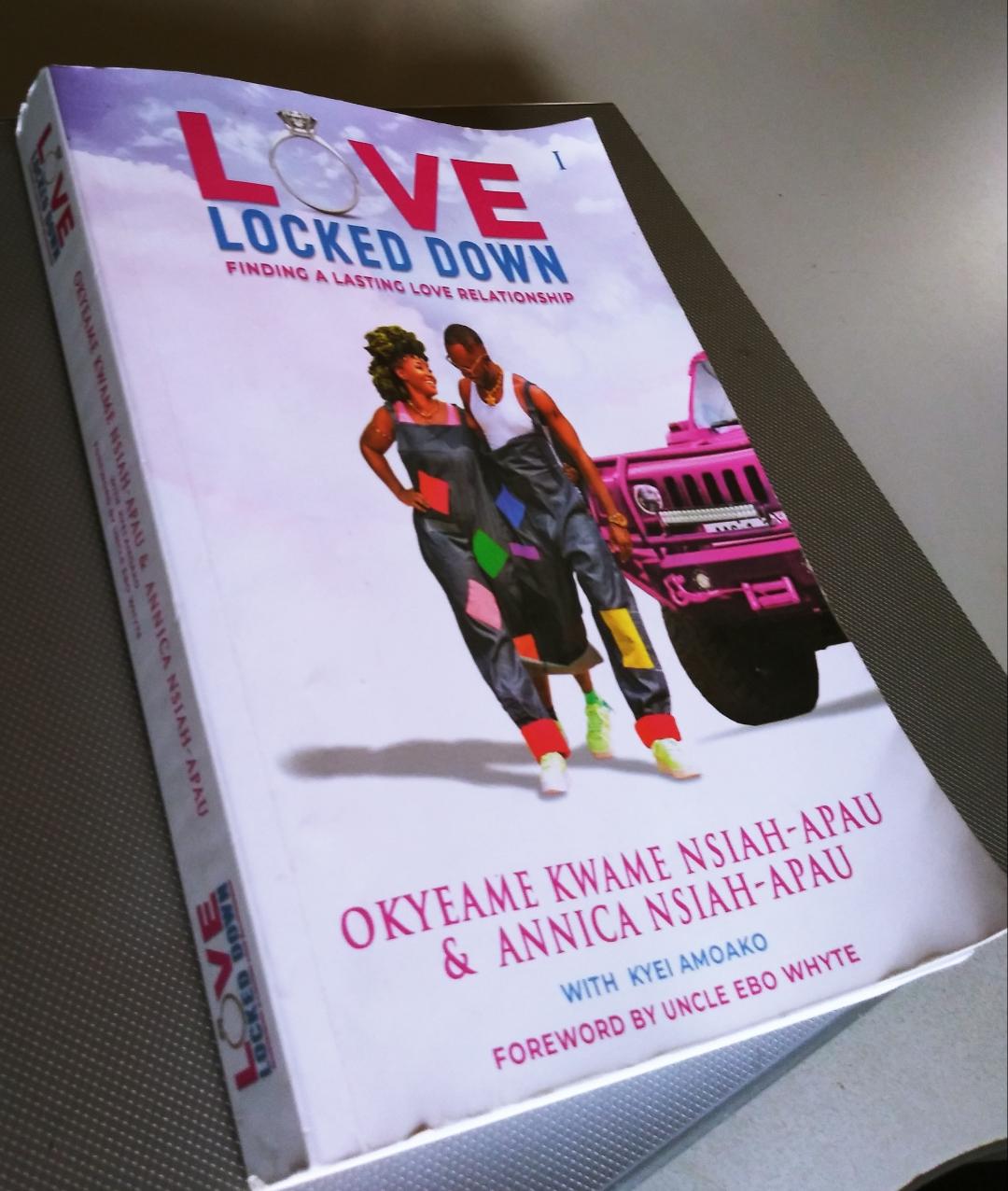 Ghana’s “Rap Doctor”, Okyeame Kwame may not be one to associate with books. As far as his teeming fans are concerned, his forte lies with show business, producing such award winning music  bangers such as Mesan Aba, Versatile Show, Made in Ghana, Mawensem, The Clinic, Woso, The Game, Faithful, Sika and Bolgatanga.

Even when Okyeame wears his other hats as a songwriter, actor, creative director and entrepreneur, it is still rather unusual to associate him with anything as literary as writing books. Surprisingly that is what he has done with the recent publication of his maiden book, “Love Locked Down”, which he co-authored with his wife Annica and Kyei Amoako.

For  this two-in-one 385-page book, Okyeame Kwame uses his real name Nsiah-Apau which perhaps should be an indication to anyone expecting a presentation on music and show business that he is onto something different – finding and maintaining a lasting love relationship.

As he puts it, “we offer our thoughts on romantic relationships, love and family life as a contribution to the many fantastic resources that exist within our communities and in the world at large”. The significant difference between the resources that exist and this new book is that Okyeame Kwame and Annica use their own dating-to-marriage experiences to help other young people to navigate this important area of life that “many of us seldom learn about properly as we grow into adulthood”.

Perhaps relationship coach Ebo Whyte who wrote the foreword to the book could not have put it more succinctly than “There are two kinds of people who write books on marriage. There are people who write to portray their dream of an ideal marriage that has eluded them and for whom writing is a therapy. Such books are, of course, easy to spot because they are not practical.

“And then there are those who discover a secret formula for making their marriage work and devote themselves to sharing the secret with the world. Kwame and Annica fall into that category”.

Someone has said that marriage is the only job for which a certificate is awarded ahead of the examination. How true that is, considering the trial-and-error conditions that most marriages are contracted. Kwame and Annica’s book is one that touches on some of the many issues that are not discussed between potential marriage couples. Often the two do not share similar views on important topics.

Take for example the issue of religion. Annica is a Jehovah Witness and as she writes, “Growing in the Jehovah Witness faith, my social circles during my young adult years comprised mainly of the people in my religious community… I grew up learning I would have to marry an “onua” in order to comply with my faith”.

So, how did Okyeame Kwame, who one may describe loosely as a freethinker make the grade, one may ask?

Another important question has to do with sex before marriage. Annica was totally against it but Okyeame Kwame had had a few flings, being the popular showbiz star that he was. He writes, “when it comes to meeting and dating women, I have been more fortunate than the average guy… I had the kind of things that women wanted – fame, cars, money and security – and getting the attention of a girl was a breeze for me”.

There are similar important topics that are discussed in Love Locked Down.  When the two met, Annica was a Bachelor degree holder, Okyeame Kwame had no degree then. Again while Okyeame Kwame preferred a celebrity-style marriage ceremony, Annica was more for a small simple affair.

The question remains – how have they done it? The puzzle gets solved as the book unravels the formula that is used especially in these times that there appears to be more dysfunctional marriages than successful ones.